Interns served with the Volunteers in Parks (VIP) program at national parks, historic sites, recreation areas, and parkways throughout the United States, with a focus on NPS sites in urban areas.

“The National Park Service’s Centennial celebration will focus as much on our future as on our past. We are excited that young people, including our Community Volunteer Ambassadors, are stepping up as the next generation of conservation leaders. I know this opportunity will enable them to form lasting connections to national parks and the natural world. I also know that their contagious passion will inspire many others to do the same.”

The Community Volunteer Ambassador was a yearlong position designed to support parks around the country in expanding service and community engagement programs. The work included:

“To connect people to parks in the next century, the NPS must develop and nurture life-long connections between the public and parks – especially for young people”

Stories from our Community Volunteer Ambassadors

In preparation for the 100th Anniversary of the National Parks Service, SCA fielded dozens of Community Volunteer Ambassadors around the nation to mobilize the public in volunteer service at our most treasured natural spaces. Our Ambassadors have shared some of their experiences in the field.

A Conversation with Dr. Donna Shaver, Saver of Sea Turtles

As a Centennial Volunteer Ambassador at Padre Island National Seashore, I’ve gotten to meet some pretty cool people. Recently I sat down with Dr. Donna Shaver, Chief of Sea Turtle Science and Recovery at Padre Island. Given we’re both natives of New York, Cornell University grads and SCA alumni, we... END_OF_DOCUMENT_TOKEN_TO_BE_REPLACED 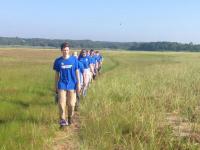 This July, eight anxious, nervous, and excited high school students arrived here at Cape Cod National Seashore. They, along with their two crew leaders, were selected to be part of an SCA National Crew – and they were lucky enough to spend their time and energy here at the beautiful Seashore! This... END_OF_DOCUMENT_TOKEN_TO_BE_REPLACED 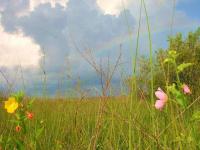 by Joshua Kezar, Centennial Volunteer Ambasssador, Big Cypress National Preserve I ate breakfast this morning on my screened porch overlooking a small pond behind my building. As I blindly and repeatedly stuck my right hand down toward the bottom of the bag of powdered donuts in my lap, gazing out... END_OF_DOCUMENT_TOKEN_TO_BE_REPLACED 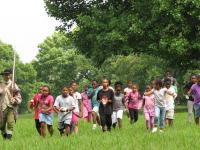 What battle was fought here?

“What battle was fought here?” It’s a question that a lot of the rangers get here at Valley Forge National Historical Park. I’ve never been asked, since as a Centennial Volunteer Ambassador I play a more behind-the-scenes role working with the volunteer coordinator and our Volunteers-In-Parks (VIPs... END_OF_DOCUMENT_TOKEN_TO_BE_REPLACED

ABOVE: My oﬃce for the afternoon… “On the edge of a moment, in a land that we love, at a time that our best has to be good enough. Like all those before us, we start out alone, we race from our schoolyards into the unknown…you and I, we will live differently…this moment is yours. This moment is... END_OF_DOCUMENT_TOKEN_TO_BE_REPLACED

See the full stream of #FindYourPark photos on Instagram here