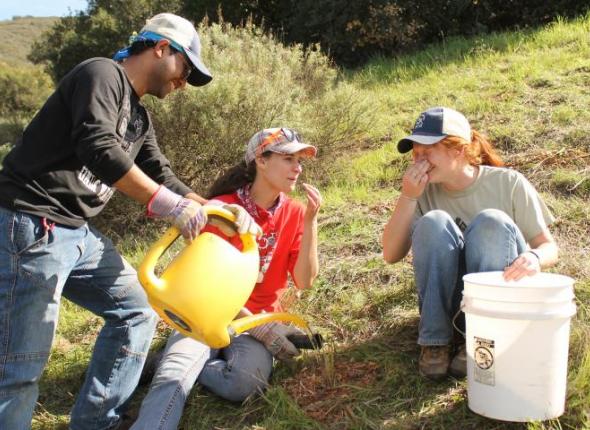 After a restful Wednesday, my fellow campers and I visited Rio Sierra Vista State Park — one of only 5 Mediterranean climates in the world alongside the Mediterranean Basin, Chile, Southern Australia and South Africa. To say the least it was a rare sight to behold.

There were rolling hills, for miles it appeared, and expanses of dense green.

By ASB Group 2 - March 26, 2009 - Grand Canyon We woke up today with sore bodies but energized spirits. With the memories of our varied hikes and canyon experiences fresh in our mind from yesterday, we spent the morning stretching, refueling, and preparing to get back to our conservation work for the park. 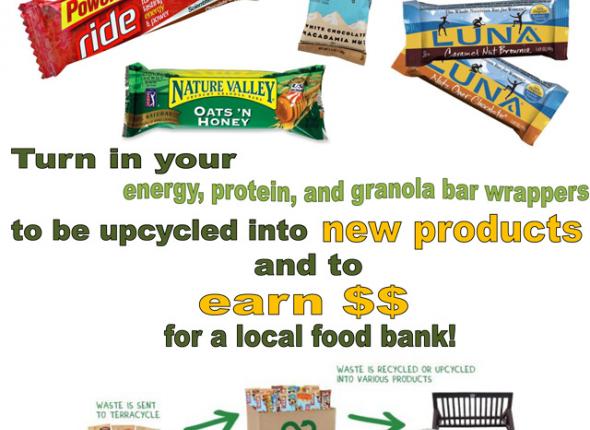 (Above) This is an example poster I designed when proposing the TerraCycle project to my supervisors.

Outside of working hours, I’ve been keeping busy to take advantage of all that Florida has to offer. I have already enjoyed several theme parks and aquariums, the beach (have to remind myself it’s saltwater and not freshwater like the Great Lakes!), and exploring downtown Tampa and St.

On the morning of November 2nd, with transportation still down across New York City, over 100 volunteers — including SCA alums — made their way to Hudson River Park on the Manhattan waterfront to help with the clean-up effort. Some peddled up on bicycles, others came on foot from as far away as Brooklyn and Queens.

Jeff Chen, SCA alumni council co-chair, was featured on NBC Nightly News last week for helping America clean up its act.
Jeff co-founded Pick Up America after an idea he got during his SCA internship at Yosemite. As an intern, Jeff was hiking up Half Dome when he saw litter on the trail. 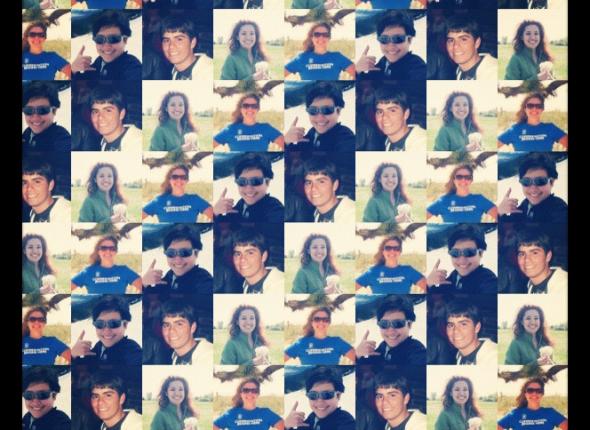 It occurred to me after I finished yesterday’s post that you might wonder just how we went about planting trees across that burned out ridge. Since we spent today “plowing” the same ground, I decided to provide a step by step explanation of just what goes in to planting a Joshua Tree.

Step One
Dig a Hole.
It sounds simple, but, here in the desert, the ground fights back.

What if you woke up one winter morning to a suddenly alien landscape?…

Becky the biotec, forest inventory and me 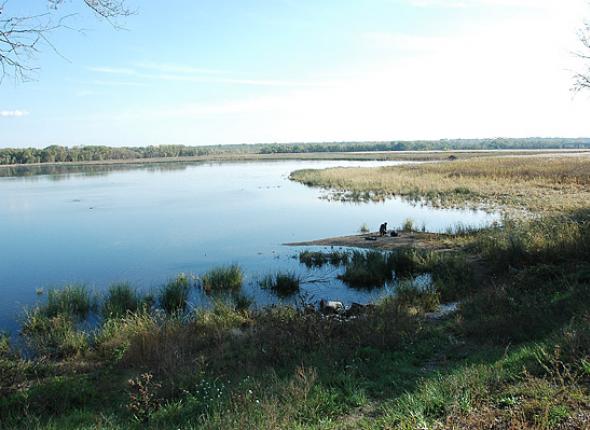 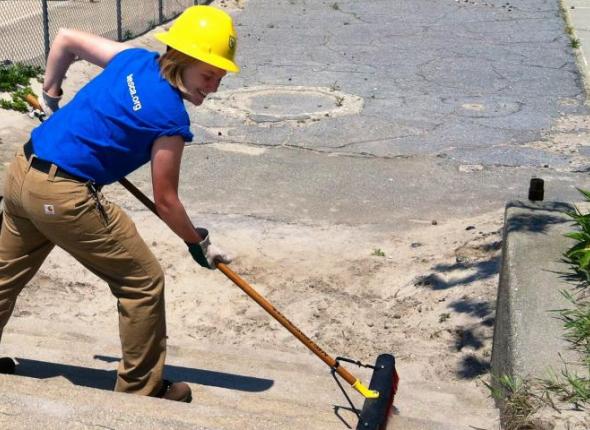 For the last four years I’ve lived as a college student in New York City. I knew I wanted to spend my last summer here exploring and appreciating this crazy, vibrant, unexpected city.

Here are some early photos from this afternoon’s tree planting event with Barack Obama, Michelle Obama, and Bill Clinton at Kenilworth Park in Washington, DC. Check out those awesome SCA members working hard along side the President!”Somebody forgot my boots!”

I’m sitting here in a park cafeteria that won’t open for another hour, the lights down low and a couple of staffers puttering about. Five for Fighting’s “What Kind of World Do You Want?” is coming out of the ceiling speakers. 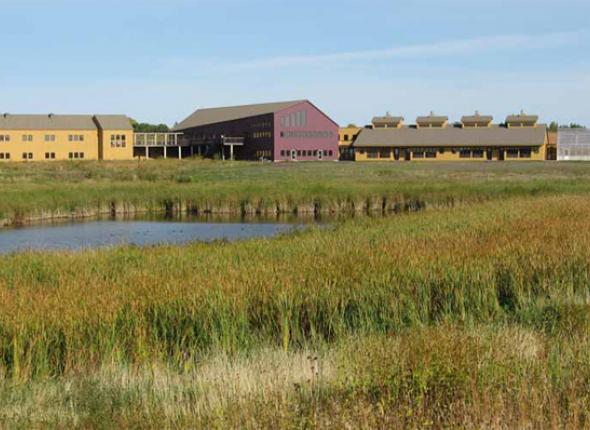 The taller buildings of St. Cloud are replaced by warehouses, then sheds and barns as the bus plugs on towards the Pothole Prairie region of western Minnesota. The trees, broad, bright and bushy from the near-solstice days, are interspersed by ponds and meadows. 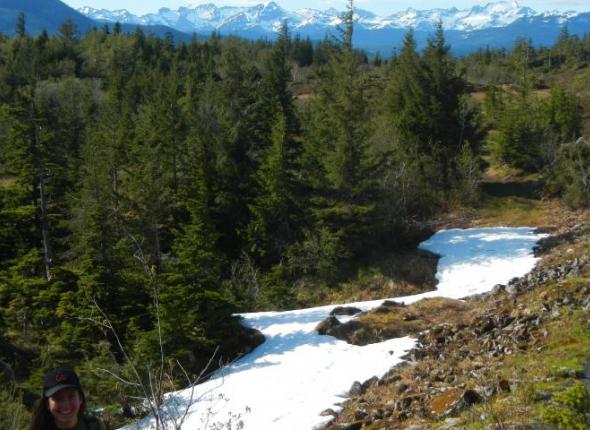 “I have no idea what I’m gonna do this summer,” I told my friend Andrew as we sat on his couch this past winter break. “Do an SCA internship,” he said.

Somebody Forgot My Boots! 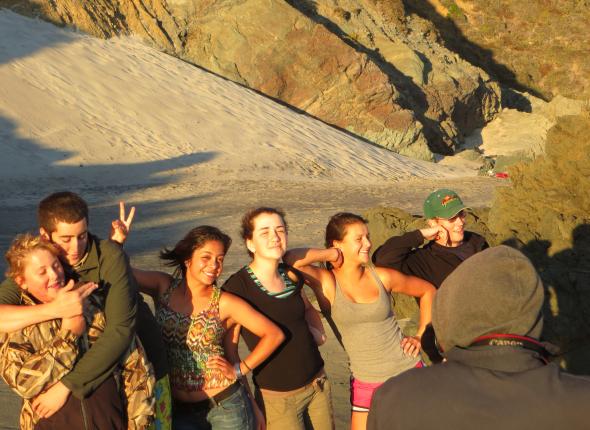 (Photo above) The students ham it up for Dan, not that they don’t act like that on a regular basis!

Week II and the epic struggle against poison oak continues. Not to beat a dead horse, but poison oak seems to be a ruling factor in our lives right now. The first victim, our very own Richard (aka Lake aka Lagos aka Fuego) was the first to fall.

Session 2 of NPS Academy 2013 commenced on March 10 at Great Smoky Mountains National Park. Here are some highlights from a week of training and camaraderie amongst a diverse group of conservation-minded young people.”Lance, our facilitator, spoke on the importance of a key element in all relationships, including our own with the NPS: trust.

The Many Environments of Fire Effects Monitoring 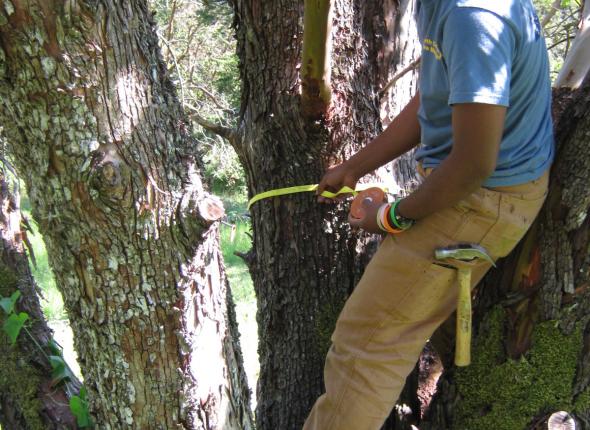 At first, the idea that the upcoming work week was to be spent solely in the fire oﬃce in Marblemount was kind of a drag. After all the cool places we had traveled to around the North Cascades National Park, we were going nowhere this week but back and forth between computer desks.