A "Living Emblem" for the NPS Centennial

As  part of our celebration of the National Park Service (NPS), over 1000 people came together to create a giant version of the agency emblem, the Arrowhead, on the Washington Monument grounds. The event was symbolic in more ways than one. We each...

"I Don't Usually Do This"

Thanks to sponsorship from ATN International and partnership with Canyon de Chelly National Monumentin Arizona, dozens of youth have experienced conservation on SCA crews comprised entirely of Navajo, or Diné, students. The teenaged crews repair trails and restore habitats, though much time is also devoted to...

A Golden (Gate) Opportunity to Find Your Park

...That Every Teen Should Learn 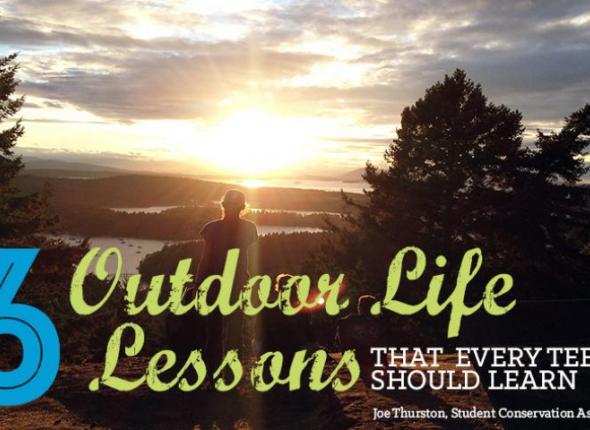 Time spent enjoying the great outdoors is more than just fun. It’s an essential part of life, and an especially essential part of growing up. Time spent in nature, or even just time spent gazing at greenery through a well-placed window, has lately been shown to have a variety of...

Entering college with purpose after a year spent serving the planet 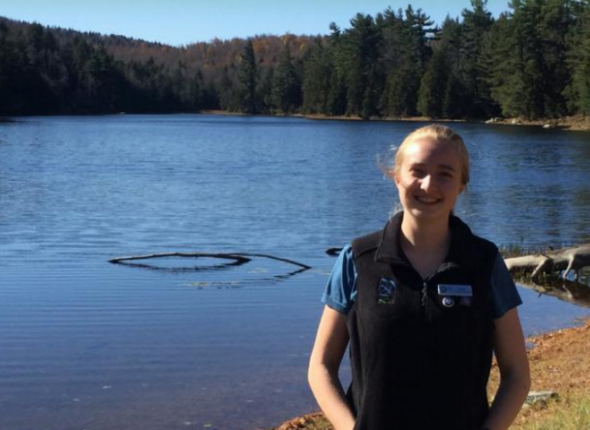 SCA offers a variety of activities to help you gain life experience and perspective during your gap year, all while serving the planet. Don’t take our word for it though. Hear what life lessons Sarah Newsham acquired during her gap year experience:

A couple of weeks ago I was... 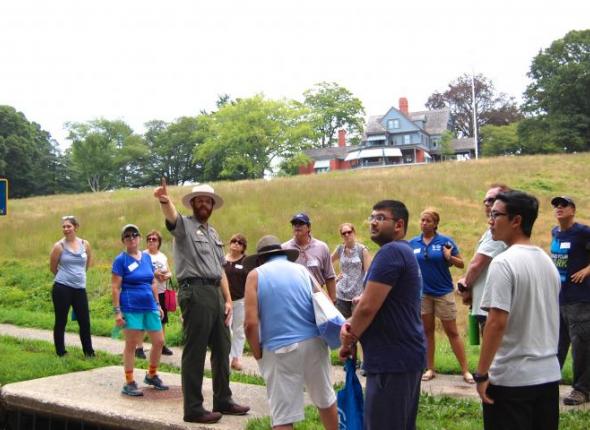 On August 6th, a record number of SCA alumni gathered in the New York City region to reunite and reconnect with SCA.

After working outside helped Emmett Pegan deal with the stress of coming out as transgender, he decided to try and make a career of it. Now as an SCA Biology Intern at John Heinz National Wildlife Refuge in Philadelphia, he’s learning what such a career might look like before he heads to college in the fall.

I recently returned from Alaska where I went for several reasons: to understand better the unique challenges to accessing and serving public lands in our nation’s largest state; to appreciate more fully the similarities and differences in the SCA experience for Alaska Native...

Swiss-native Helena Looser has only lived in the United State for two years. While being away from her family is diﬃcult, she says that Zion’s wilderness opportunities have helped her become more mindful of her own dreams and goals.

In an era where people hardly stay at a specific job for more than 5 years, Lead Park Ranger Mike Large can be said to be, in a way, serving a Zion National Park marathon. After 32 years here, he’s far from worn out by the park’s landscape and culture. After seven years as a tour guide for Zion Lodge in the ‘80s, Large decided to keep the Zion dice rolling and took a position with the fee department.

Hema Lochan hopes to use her position as an intern in the Zion Museum to cultivate and revitalize a human connection with wilderness.

From the Brooks Falls viewing platform, I count thirteen individual brown bears. Since the beginning of July, it has been nearly guaranteed to see bears at the falls, but thirteen is the most to date. My routine remains the same—I make note of which bears are present, and begin a count of how many fish each catches. I also start a running list of interactions between the bears—skirmishes, fish stealing, displays of aggression, etc.

An object biography of a conservation icon

These four artifacts, all currently on display at Yosemite National Park, each have a story to tell about the man who used them: John Muir.

SCA and the Wilderness Risk Management Conference: Leading the Way for the Outdoor Industry

by Steve Smith, Vice President of Program Quality, SCA
Since 1998, SCA has served as a co-sponsor of the Wilderness Risk Management Conference (WRMC) along with Outward Bound and the National Outdoor Leadership School (NOLS).  An international gathering specifically focused on outdoor safety and risk management, the WRMC next...

Another Jewel in the Crown

Royalty. That’s what they called her, and that’s how they treated her. Like royalty.
SCA Founding President Liz Putnam was invited to Grand Canyon National Park this week to keynote the Alternative Break Citizenship School (ABCs). The week-long course sponsored by Break Away, a nonprofit that trains college students...

Organizations from Across DC Come Together to Talk Conservation 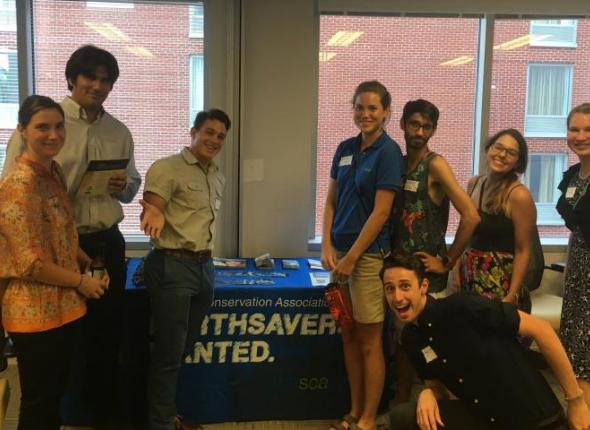 Keeping It Real with Rosie 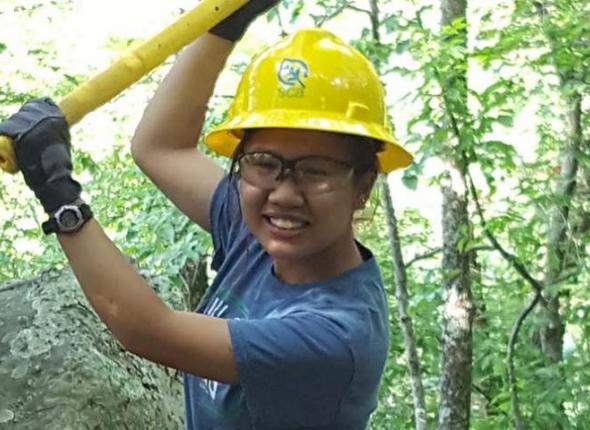 Girl Scounts USA and SCA recently announced a two-year effort to expose more girls to the benefits of spending time in nature. As a first step, SCA led an all-Girl Scouts volunteer trail crew at Shenandoah National Park and among the ten-girl team was Rosie Lu.

There are a few things...

Since 2009, Alyssa Ballestero (far left in photo) of Greenville, ME has led 14 SCA conservation crews, from Denali in Alaska to Kennesaw Mountain in Georgia. But if her name sounds familiar, it may be because you’ve seen, well, a lot of her on a certain reality TV show. We...