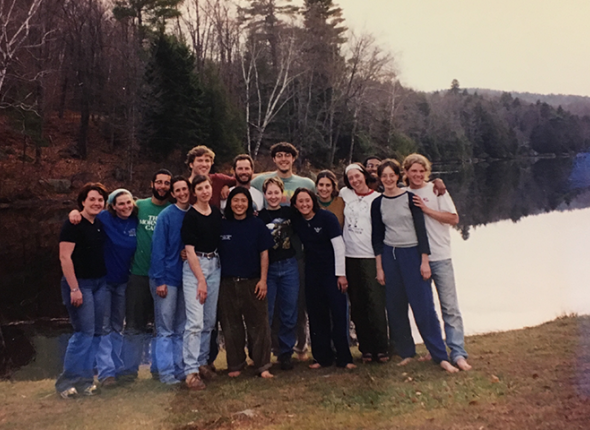 Andy Webster is an SCA alum who completed the 10-month AmeriCorps program in Hawley, Massachusetts in 2001. We caught up with Andy this month to discuss how his SCA experience helped him find his way to The Walden Project — a school he is starting in upstate New York that... 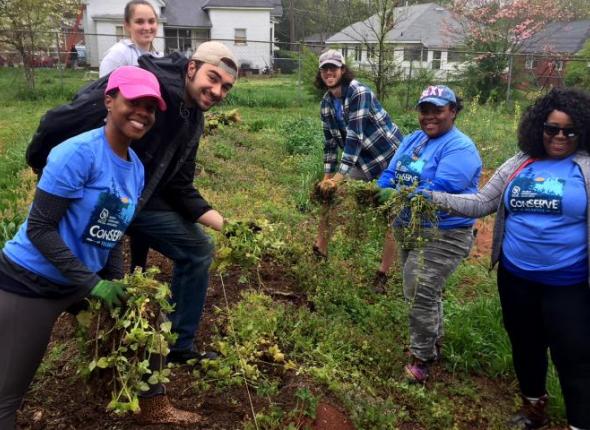 Metro Atlanta Urban Farm is a five acre parcel in the city’s College Park section. Its certified naturally-grown crops are raised and harvested by a small staff and volunteers, and on Saturday the farm hosted one of SCA’s first Earth Month service projects, drawing close to 40 people despite threatening...

Spring is in the air, and on April 22, countries around the world will be celebrating Earth Day. This is a day to reflect upon the importance of preserving the only planet we call home – and to take action to save it. But in our hectic, workday... 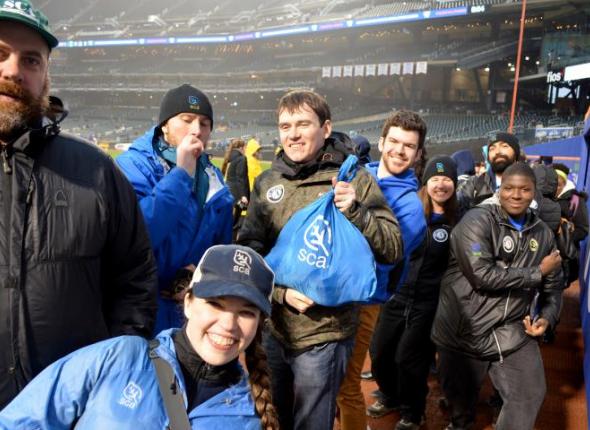 After all SCA has done for the environment, this is how she treats us? On Liz Putnam’s birthday?!
Last Tuesday, Mayor Bill de Blasio’s NYC Service campaign and the New York Mets hosted National Service Recognition Night at Citi Field. SCA, AmeriCorps, and other organizations were... A career in the National Park Service or Forest Service is an exciting proposition: what could be better than putting... 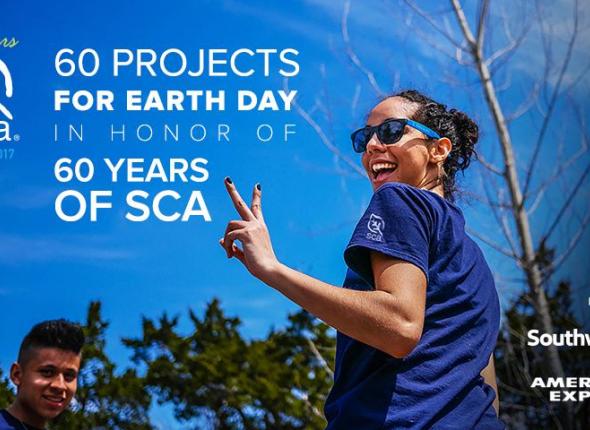 With national support from American Express and Southwest Airlines, SCA is aiming to connect our members, alumni, and friends across the country to create a nationwide network of Earth Day celebrations…

SCA's NPS Academy is Back in Session

For students who are able to get away, Spring Break usually means sand, not snow. Chilling, not chilly. And maybe getting a little wild, not seeing a little wildlife.
For those enrolled in SCA’s annual NPS Academy, however, the week was one continuous and stirring class in career opportunities...

Park rangers. Unmissable in their iconic hats, the public often knows them as the people in uniforms who monitor trails and hand out maps in parks. But that’s only a tiny part of their roles. In fact, being a park ranger is an extremely diverse job that involves...

Here in the U.S., water is something we take for granted: we turn on the tap or the shower and it’s always there. We cook with it, clean with it, cool an overheated radiator with it. Yet there is no safe water supply close to home for more... 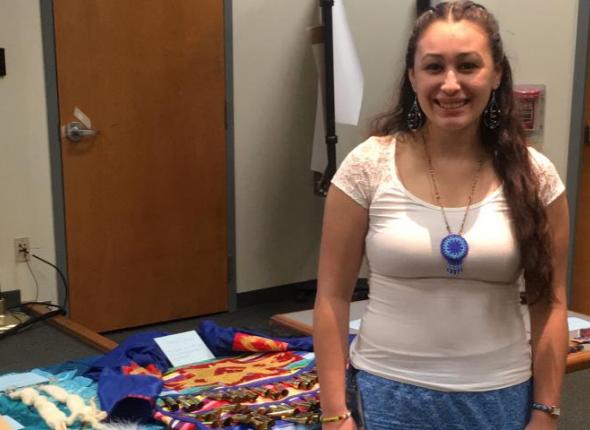 Through my SCA/AmeriCorps service as a Junior Native American Liaison with the U.S. Fish and Wildlife Service, I have traveled to Alaska, Connecticut, Maine, Massachusetts, New York, New Mexico, Rhode Island, and West Virginia in less than 10 months.
I have met presidents, chairmen, and chairwomen of Federally Recognized...

Liz Putnam, "the Mother of the American Youth Conservation Movement."

Liz Putnam is widely recognized as “the Mother of the American Youth Conservation Movement.” She’s received dozens of major awards, including the Presidential Citizens Medal, the nation’s second-highest civilian honor. And she’s touched the lives of thousands upon thousands of young people, who in turn have left their mark on...

10 Environmentally Friendly Trends We Should Borrow from Other Countries 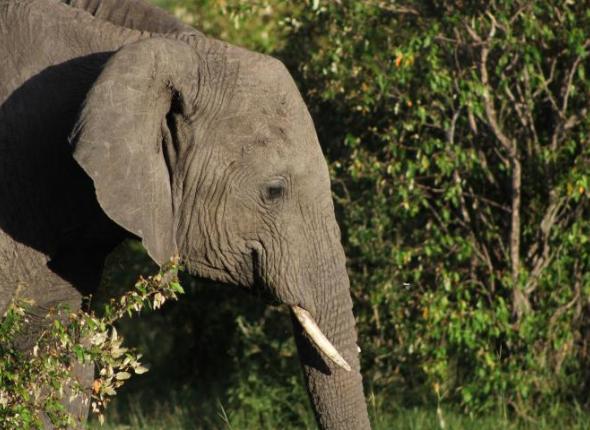 From Asia to Africa, from Europe to the Americas, countries around the globe are finding creative ways to help save the environment. In today's post, let's take a virtual world tour to discover the best ideas being enacted outside of our borders - no passport or visa needed.

Yes, You Can Apply Your Education Award to WRMC

Attention SCA AmeriCorps alumni and anyone else with an AmeriCorps Education Award: you can apply your award toward registration fees, lodging, and even travel to attend the 25th annual Wilderness Risk Management Conference (WRMC) in Portland, OR October 3-5, 2018. You can even earn a college credit.
Here’s how...

Top 5 U.S. Cities with the Most Access to Nature 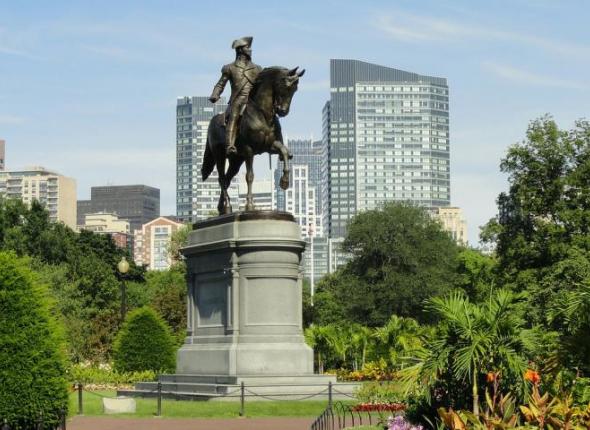 Are you torn between your love of nature and your desire to live in a big city? Does your job, school, or family situation require you to live near a larger population center? Well, we’ve got good news for you: cities across the country are “going green,” reducing...

Conservation Jobs, Explained: What is Conservation, and Which Careers Apply? 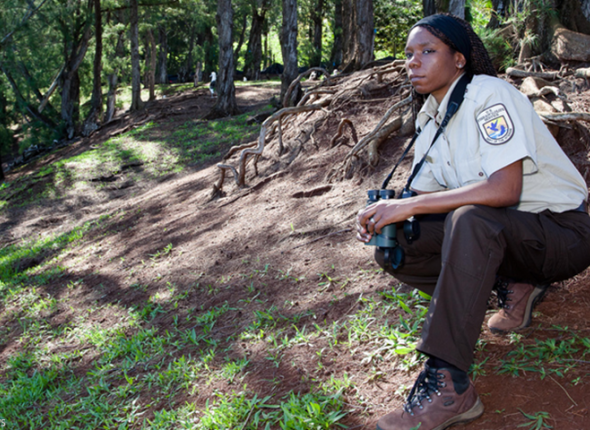 Within the wonderful, multifaceted world of green professions, confusion often exists between careers in conservation and those that focus on the environment. While you won’t go wrong with either, it is important to know the difference between the two in order to steer your ecological interests and studies in the...

MUFG Gives Back in Chicago, Tampa, and Atlanta

SCA and MUFG Team Up to Conserve Midwestern Bird Species, Clean the Florida Coast, and Restore a Southern River 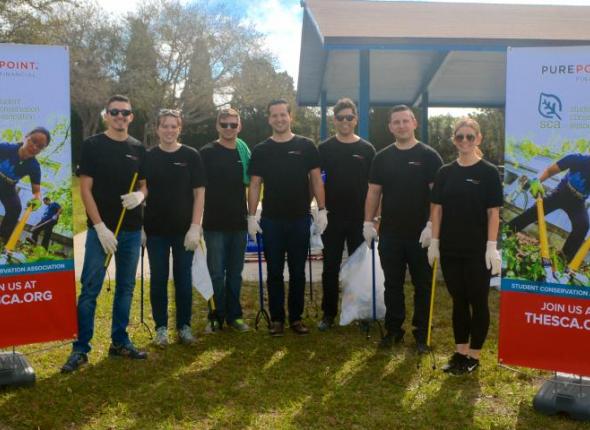 This February, SCA and MUFG headed back into the field to bring community conservation to three new cities: Chicago, Atlanta, and Tampa. 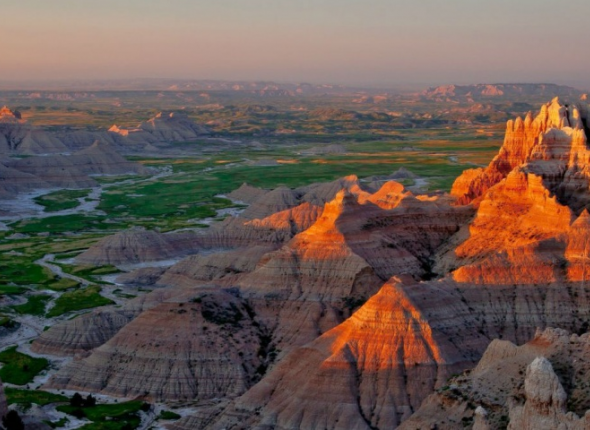 Presidents are frequently remembered for issues of war and peace, or how they handled times of crisis. But it is often their quiet initiatives that – over the long-term – have the greatest effect on people’s lives and the wellbeing of a nation. So it is with the presidents who...

Chasing the Dream: A Black Woman's Effort to Inspire Herself and Others through Environmental Stewardship

As a young girl from New Jersey, I knew my life was lacking something wild. Which is why when I started looking at colleges, I felt there was only one choice: Paul Smith’s College of the Adirondacks. I knew that getting a degree in wildlife management would allow me to...

An SCA Alum reflects on taking a risk, building a strong network and finally landing his dream job.

Intro/Bio: Rob has served three consecutive terms with SCA at Gateway National Recreation Area in NYC. After graduating with a business degree, he’d landed a comfortable job in waste management which led to a promotion, however he still felt something was missing. Here he reﬂects on taking the leap of...

This is the story of Amanda (Gannon) and Mikel DeHart, written by Amanda, about how they found love during their SCA experience.

A special gift to you in celebration of Valentine's Day.

If you are going to fall in love, may I suggest first chasing your passion and then turning to look for the person next to you who is running in the same direction. For a couple of adventure hungry seventeen-year olds, the charming gem that is Acadia National Park of...