Throughout the summer, SCA will periodically feature the exploits of our Roving Resource Crew, serving the needs of the U.S. Forest Service. Here’s the team’s first entry, written by Leader Alexandria “Alex” Ness, a/k/a Slug.

*I will be using the forest names the crew chose for themselves to describe them over the course of this blog. That being said, here are some introductions:

This is our crew for the summer as we drive across the country, visiting and working in six different national forests from May through August. Following our training in Missouri, we’ll travel to northern Minnesota, Wisconsin, Michigan, West Virginia, and New Hampshire, spending anywhere from one to three weeks in each. Over the course of the summer, we’ll have the chance to survey numerous sites in each forest, and bring fresh eyes to report on the condition of recreational areas within these beautiful and diverse landscapes as we work our way from the Midwest to the East Coast.

My name’s Alex (Slug). Previously, I was a member of a roving crew with SCA across California. Over seven months, I worked in the desert near Death Valley, built mountain biking trails in northeastern California, removed graffiti from caves, spent time working in East Bay Regional Parks, and took part in a fuels reduction project in Joshua Tree National Park. Now I’m the leader for the USFS Roving Resource Crew and will be the one narrating our summer adventures for you. 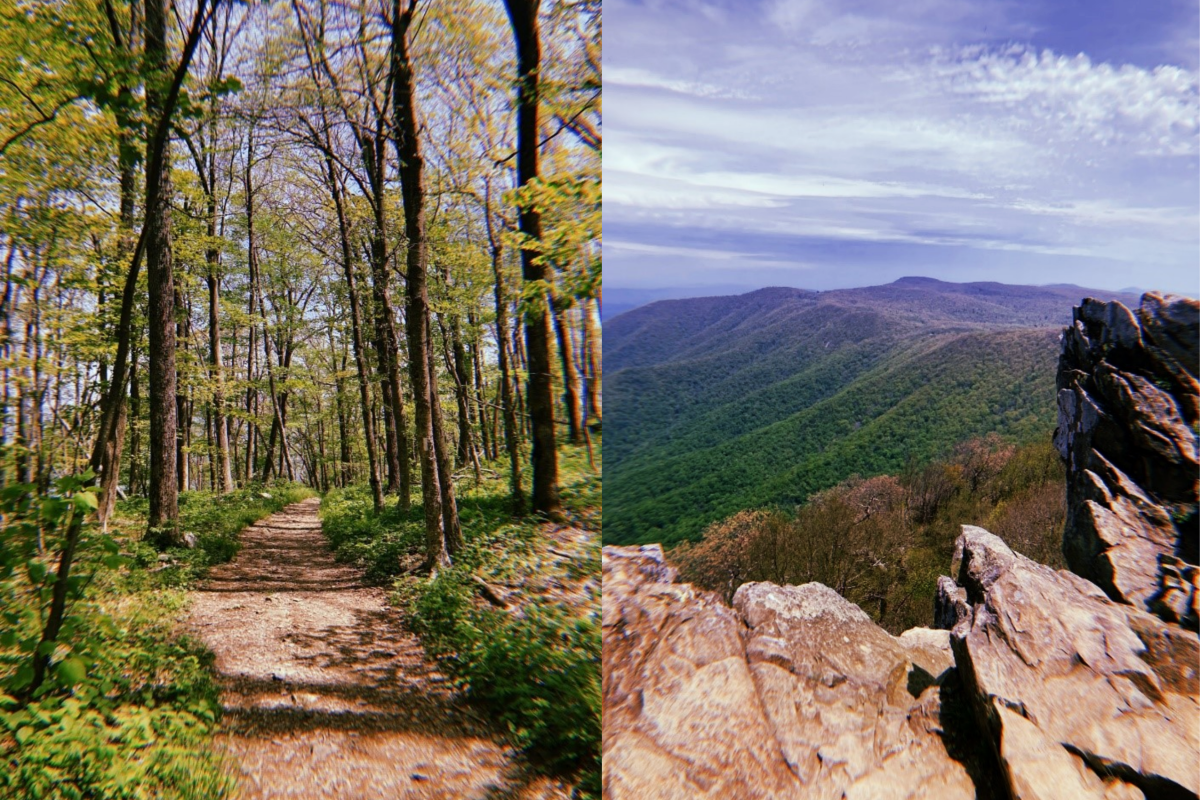 We all flew into Dulles International Airport on May 14th and drove the two hours to George Washington National Forest, where we’d be training for the next five days. Our training site, just west of gorgeous Shenandoah National Park, was lush and beautiful with little ponds and streams all over the place, filled with turtles and fish flip-flopping out of the water. The crew received their Wilderness First Aid training, learning useful skills like what to do for a snake bite and, hopefully, how to keep us from dying out in the woods. We played a lot of cutthroat Uno and became friends with the other SCA crew leaders who were training and would be moving on to positions all across the country.

From there, we started the long drive west to Missouri for more training out in Mark Twain National Forest, a site known for its abundant springs and stunning blue water. We’d be staying at a forest service bunkhouse for our week of training, in a little one-road town called Winona. 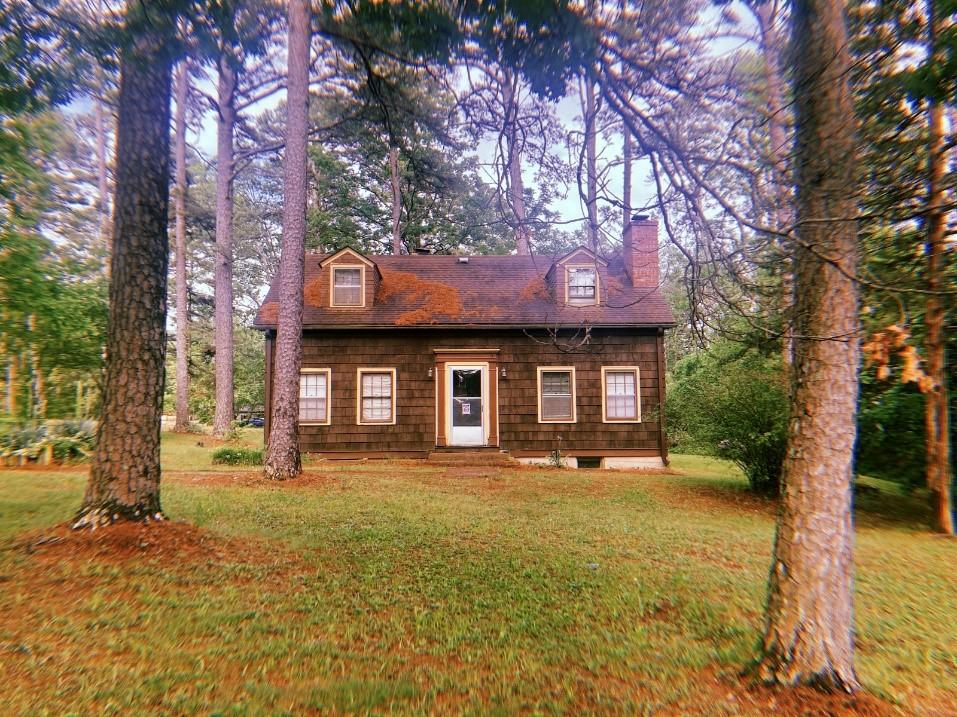 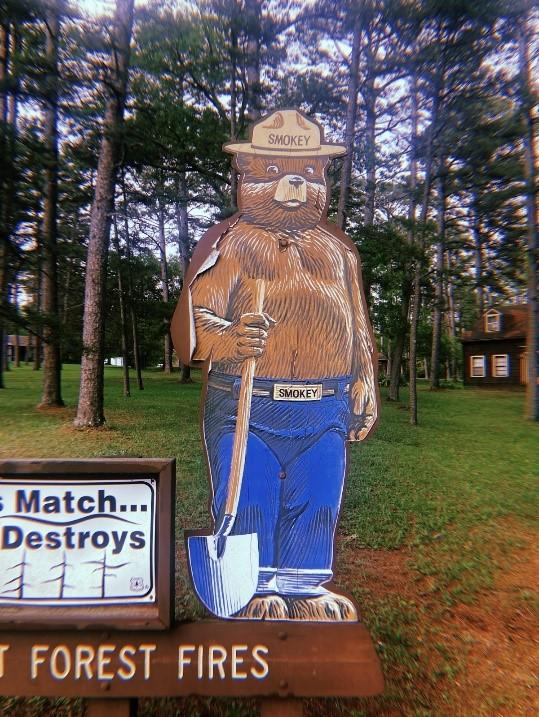 Smokey Bear is really scary to bump into at night.

The roads of southeastern Missouri are endless curves and ups and downs. When we drove through the hills, it felt like a roller coaster – zooming through corridors of green and trying not to get car sick. Reba, our black soccer mom van, was low and inadequate. She smacked and scraped on seemingly every rock on those dirt roads, even when crawling at a 3 mph pace. Still, she managed to make it everywhere we needed to go that week. 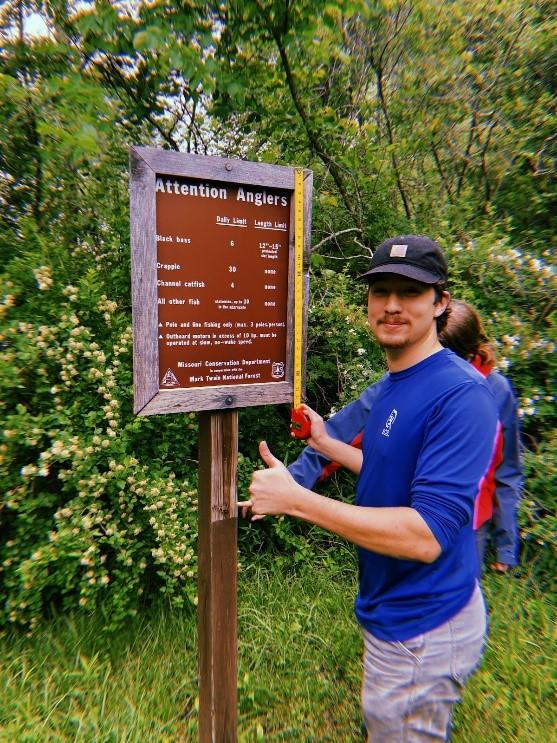 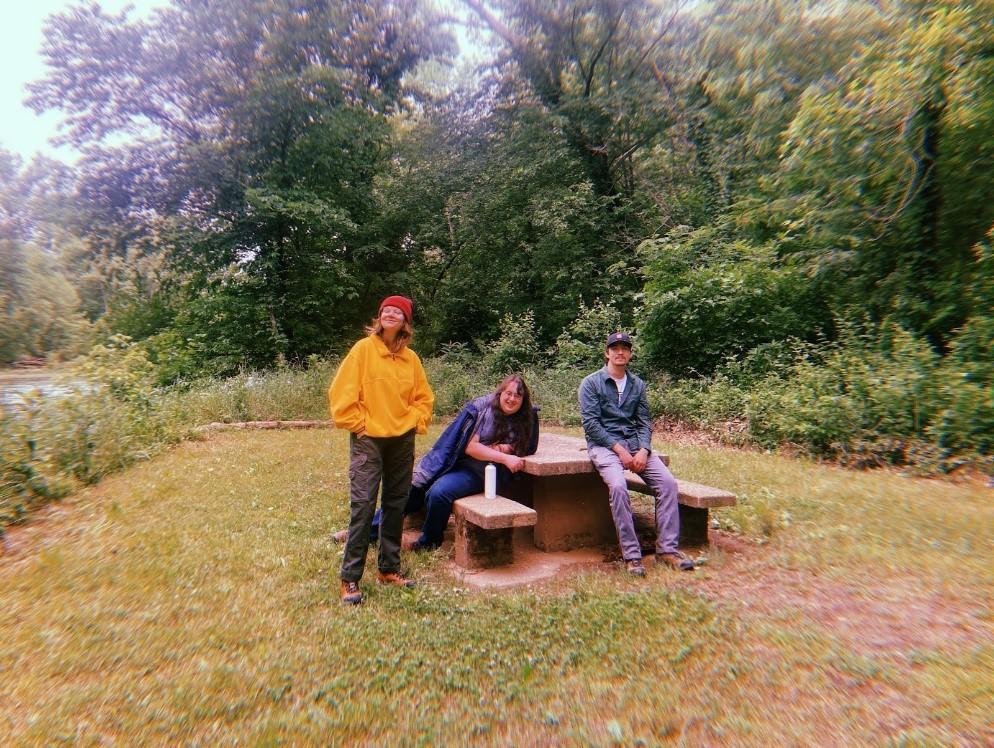 Our first training site was Morgan Springs, a campsite and boat launch about an hour’s drive east of our bunkhouse. The water was a deep blue, mysterious and vibrant against all of the foliage. Our assignments were easy enough: completing site surveys, putting in new picnic tables, some light brushing on the trail, and repainting a few signs. About every five years, each site within the Forest Service is surveyed to identify the condition of structures within the sites and repairs that need to be made in order to keep sites like picnic areas and campgrounds functional, safe, and enjoyable for visitors. We spent the day lopping thorny branches along the hiking trails, while we walked along the water, and checking out the picnic sites for any damage. We replaced some rotted picnic tables with new ones, spruced up the signage, and learned about the old mill that had been there, remnants of which still remained at the site. 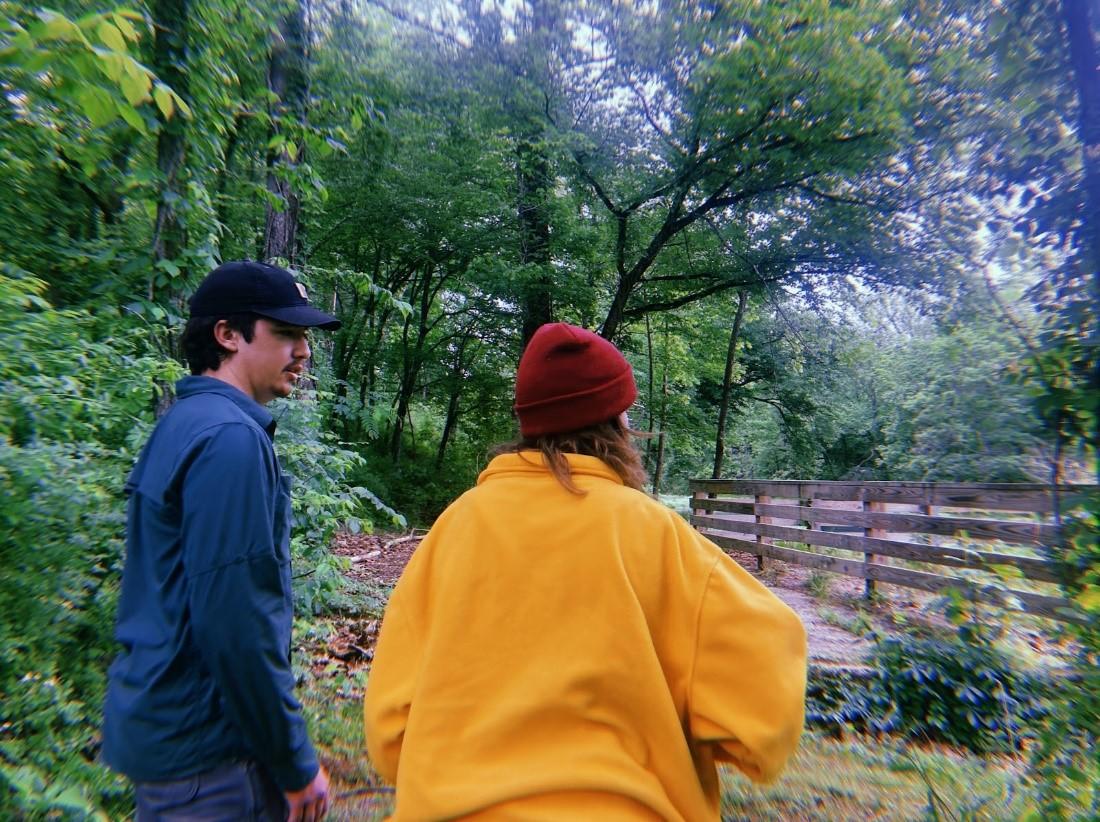 Mud and Moss checking out the mill, Morgan Springs.

The next day we trained with our program partner, Ed, plus Ken and Megan who had driven down from Chippewa National Forest and Superior National Forest, respectively. We surveyed a huge, sprawled out swimming and picnic site against the backdrop of a gorgeous lake. We split up and wandered the site counting picnic tables and signposts and making notes of any deteriorations and repairs to be done. This would be our largest site of the week, so it was great getting the chance to be trained on it before being sent off to survey on our own. 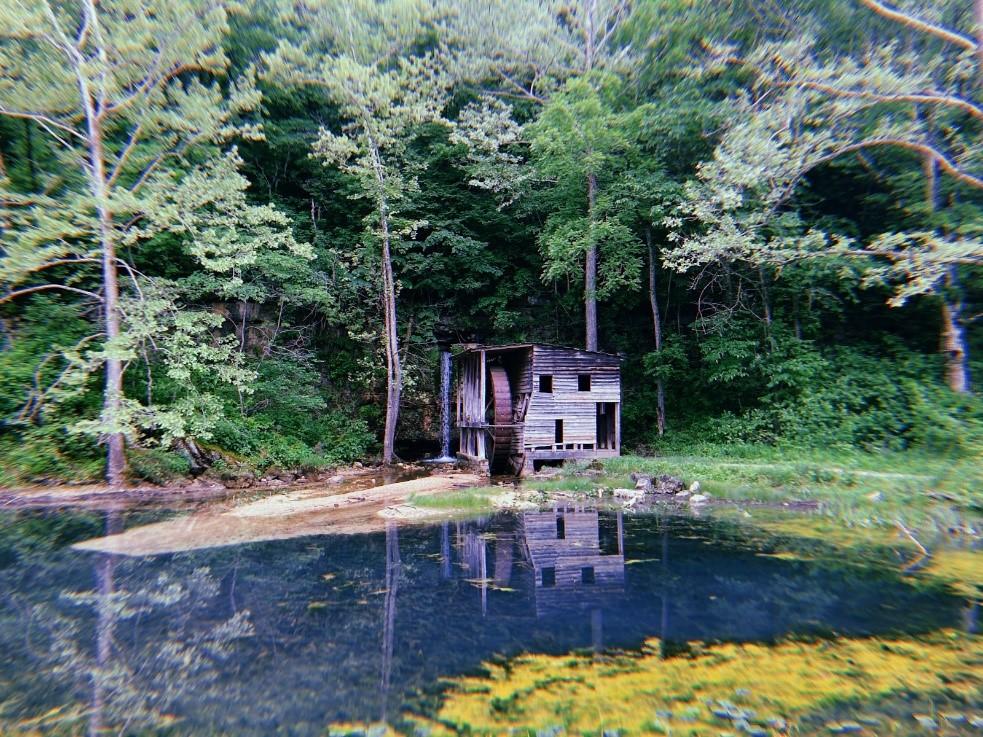 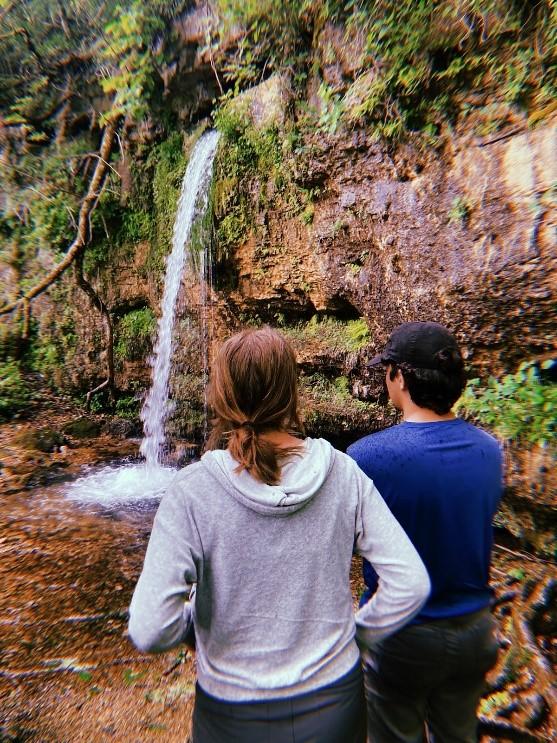 The next two days we were mostly alone, driving from site to site across the forest, often motoring 30 minutes to an hour between each survey location. On Wednesday, we surveyed 52 campsites, a trailhead and two fishing sites in the pouring rain, our papers getting soaked and sticking all together. Our last day, we headed to Riverton East Boating Site in Riverton, MO, first driving through the curves of highway 160 and maneuvering around deer and armadillos along the way. We saw a cool, old-timey mill at Falling Springs Picnic Site and hiked to the second largest spring in Missouri, Greer Spring, where we stopped off to put our feet in the water and have lunch. Greer Spring, located in the Ozark Plateau, is an awe-inspiring aqua color and has some of the freshest water you’ve ever tasted. The water, flowing from Greer Spring Cave, feeds out into the Eleven Point River, a major recreation site within the area. After lunch, we hiked the .9 mile trail back to the parking area and went off to complete our last survey for the week. 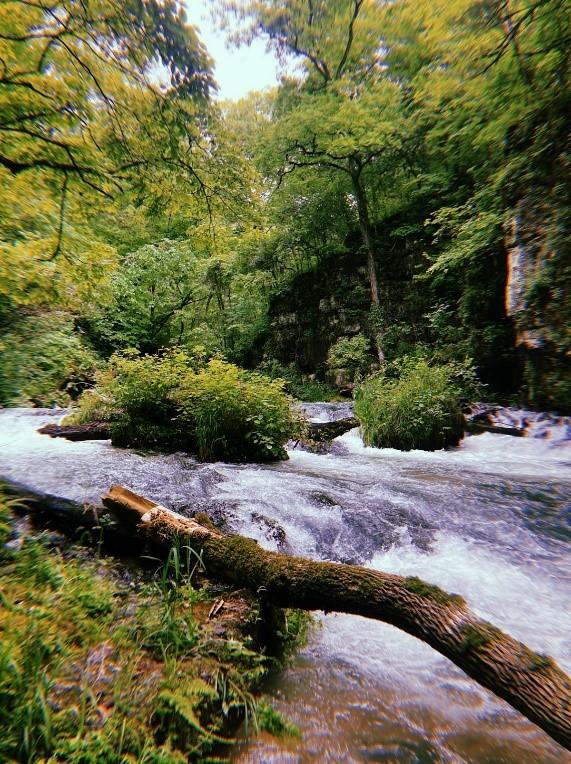 By the end of the work day, Reba’s check engine light came on and the sky darkened in a real ominous way, spitting out a nasty rain. Reba made it home to the bunkhouse, where I dropped the crew off, and then headed back out to figure out what the issue was. On my way west to the next biggest town, she started overheating and things didn’t look good. Enterprise told me it was time to put her out to pasture and to switch her out for a truck in White Plains. I made it to the rental shop just three minutes before closing, swerving around a little turtle along the way. We said goodbye to Reba that day, and though she was a cranky old gal, it was bittersweet. The Forest Service folks had all made fun of us for driving up in a minivan and she was completely unsuited for the terrain, but she felt like a part of our crew. I drove back to the bunkhouse in a blue Ford Ranger, which we decided to name Ed, after our first project partner.

The next morning, we set off from Winona for the drive up to Minnesota. A 14 and a half hour drive, by midday on Saturday we would be up in Chippewa National Forest, just south of the Canadian border and only an hour and a half west of Voyageurs National Park.