For a child, few places pack the wonder of a tree house. A tree house spurs recreation, observation and imagination. As the youngster climbs, the mind soars and even the stars seem within reach.

Last fall, SCA brought its Urban Tree House to Chicagoland. A unique environmental education curriculum, the Urban Tree House connects city kids with the natural world around them…a world that for many had yet to be discovered. 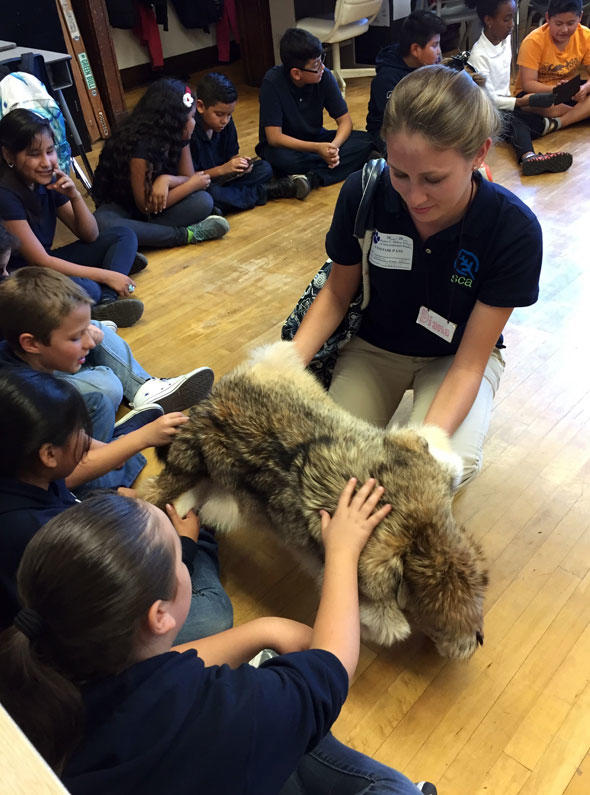 “There were so many ‘ah-ha’ moments,” recalls Urban Tree House instructor Diana Sanborn (left). “To see the looks on their faces, all the excitement. It was really impactful.”

In its first semester, the program engaged more than 2,000 K-12 Chicago public school students as Diana taught as many as 15 lessons a week in classrooms across the city. The concept is based on SCA’s long-running Urban Tree House in Washington, DC and is offered to schools for free, thanks to underwriting from BP America.

“The activities are well thought out and developed, and the interest level of students has definitely increased,” notes Yollande Gottlieb, a fifth grade teacher at Walt Disney Magnet School on Chicago’s North Side. “Diana has really made a difference.”

Triggering the brains of students across such a broad age range can be challenging but Diana, with the aid of interns Angela Flores and Maya Navarro, makes it look easy. With kindergarteners, for example, she distributes toy fishing poles outfitted with magnets instead of hooks. Metal fish of various sizes and colors represent the diversity of life on our planet, and as the children reel in their catches, the conversation turns to overfishing. 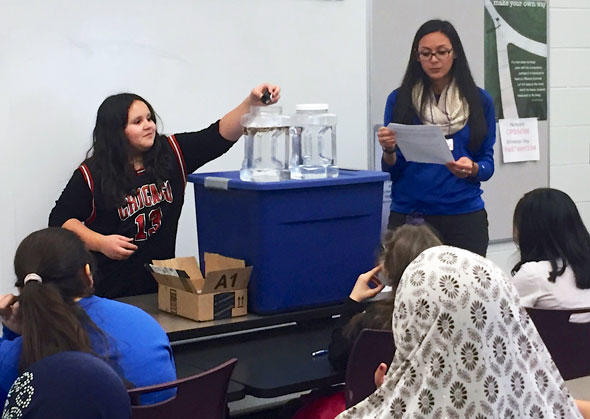 In older classes, Diana has students stand in a group and draw cards bearing the names of different animals and or plants. Then she uses a ball of yarn to spin a “web of life” and show how all species are interconnected and what happens if even one of them disappears.

“Many students are unfamiliar with basic concepts like extinction and migration,” she says. “I spent a lot of time playing and exploring outside as a kid, but children today are spending more and more time with iPads, computers and TV. They’re missing out on a whole part of learning. We need to help them understand the need to conserve and protect the environment for generations to come.”