The next few days will be significant. Tomorrow is a somber Juneteenth. Summer officially arrives on Saturday. And June 24th is SCA Founder’s Day, marking 63 years since Liz Putnam launched SCA and a national movement. So climb aboard the WABAC Machine for a whirlwind tour of SCA history. Be sure to buckle-up! 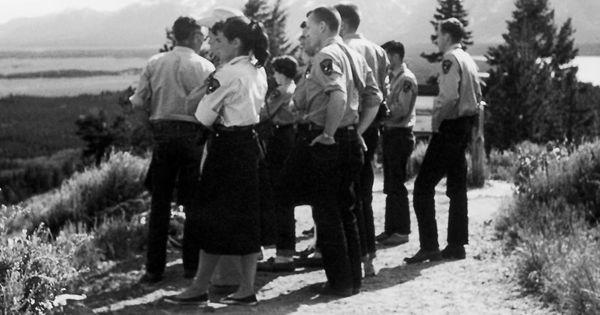 SCA-ologists know that Bernard DeVoto’s “Let’s Close the National Parks” article prompted Liz Cushman (now Putnam) to pen her 1955 Vassar College senior thesis, which led to SCA’s launch two years later. But another piece of writing was also crucial to getting SCA off the ground: a letter of recommendation from Horace Albright, the second director (retired) of the National Park Service. “Miss Cushman’s interests in the parks and her ideas are so interesting,” Albright wrote, “any courtesies or assistance extended to Miss Cushman will be greatly appreciated.” Liz managed to meet and persuade Albright shortly after reaching the age of 22. 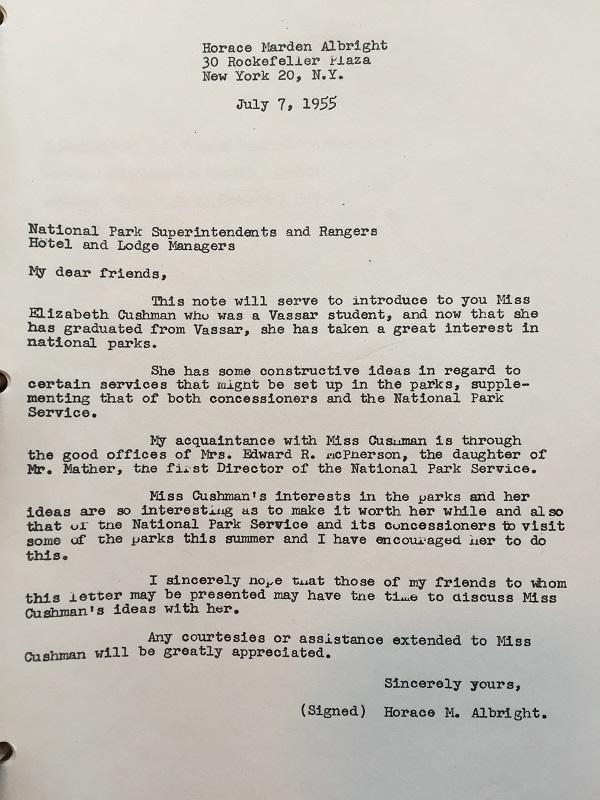 Setting Roots and Branching Out: the 1960s 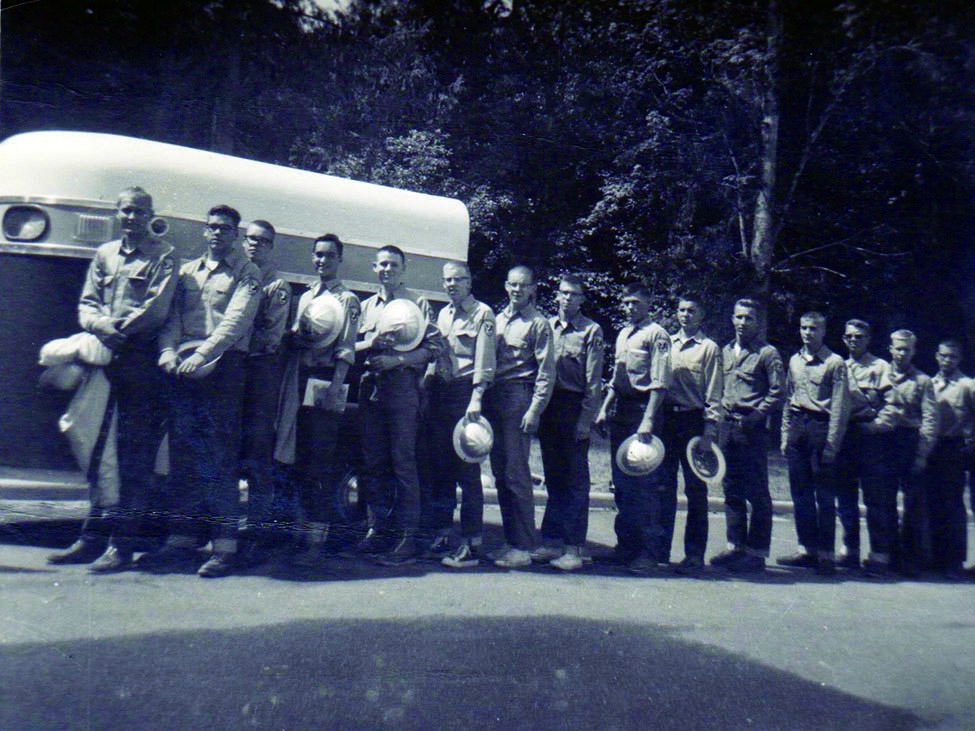 This was a decade of change across America and for SCA as well. The ‘60s saw SCA expand though the national park system, add Forest Service partners, and ally with Merck Forest and Farmland Center in Vermont, our first NGO. SCA officially incorporated on June 15, 1964, and over the next few years our board of directors was a Who’s Who of American conservationists: Horace Albright, Mardy Murie, Sigurd Olson, Bertha Mather McPherson, and Conrad Wirth among them. And in 1969, the National Park Service finally yielded on its boys-only stance and permitted SCA to field co-ed high school conservation crews. 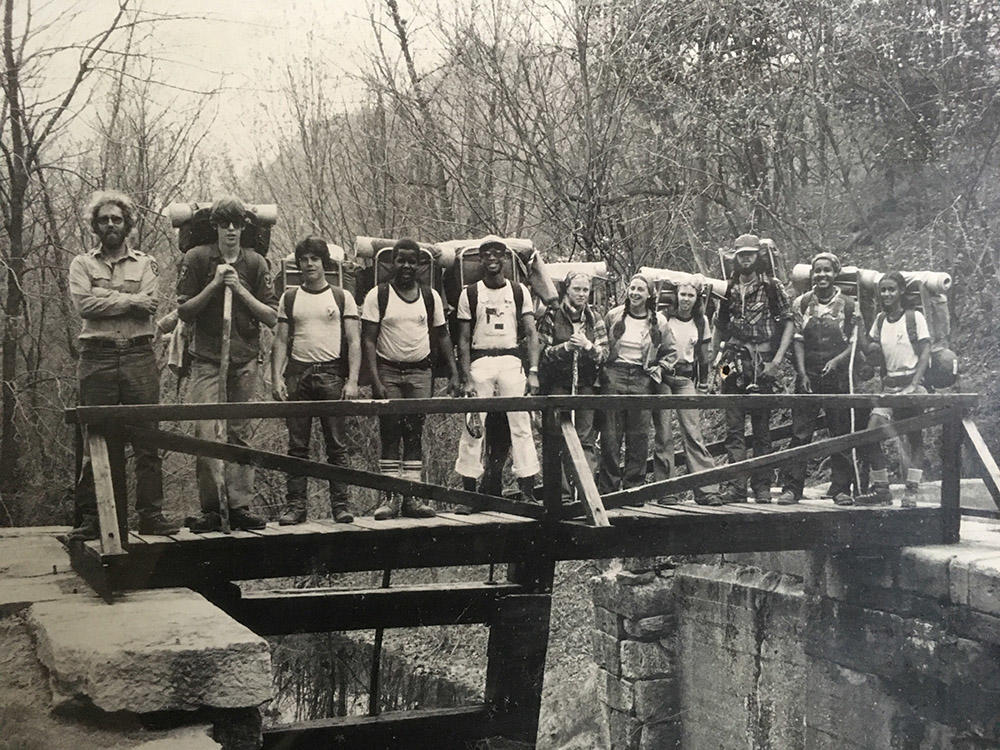 In 1970, SCA’s total membership surged past the 1,000 plateau. Our annual report noted programs “operated smoothly” and offered a “high quality of volunteer service” with “no major problems or accidents.” In 1977, we fielded our first urban conservation crews at C&O Canal National Historical Park in Washington, DC. One year later, John Stockert became the first SCA alumnus to ascend to the role of national park superintendent, taking over the top spot at Moores Creek National Battlefield. “If it had not been for SCA,” he said, “this opportunity would not have been possible.” 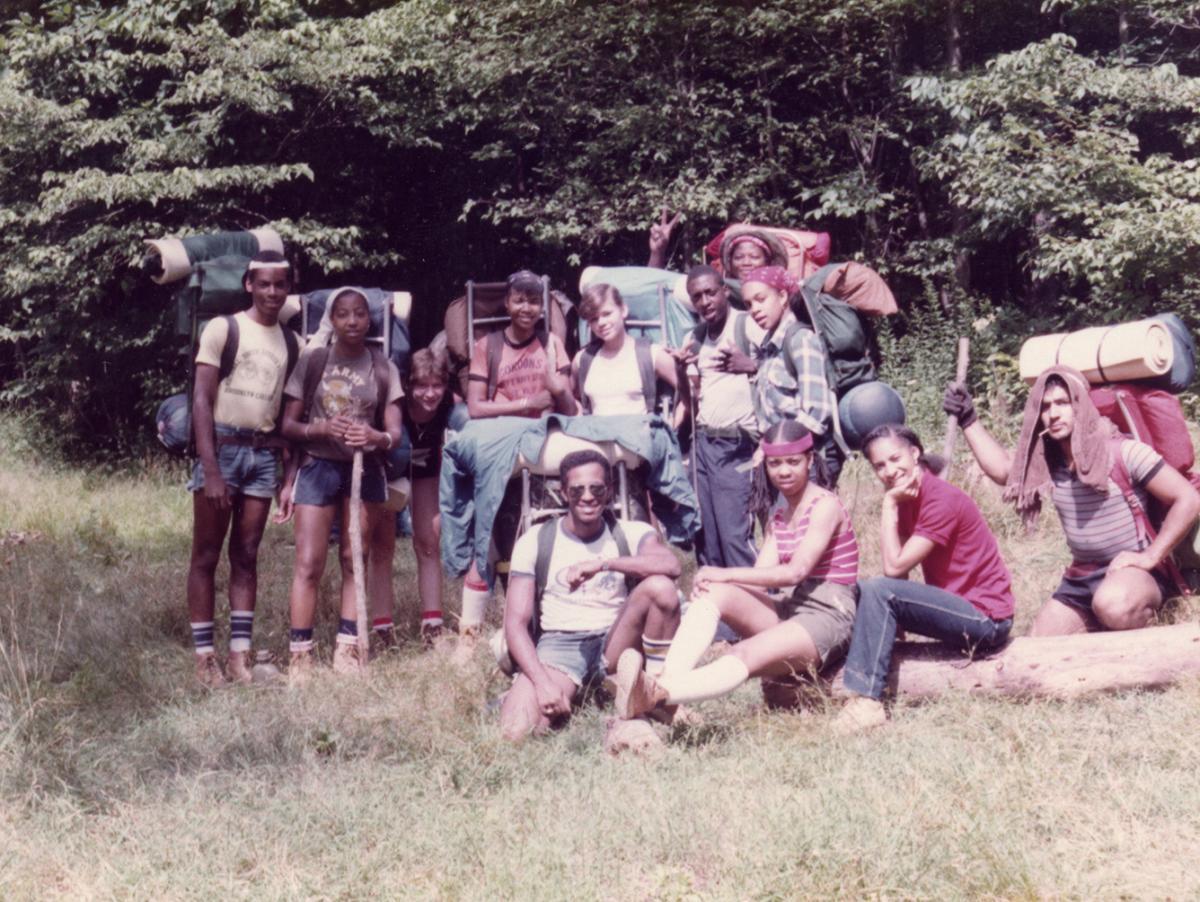 By SCA’s 25th anniversary in 1982, annual volunteer enrollment had reached 1,000. SCA started partnering with the Bureau of Land Management, launched new urban programs in Los Angeles, New York, and Seattle, and published JOB-SCAN (later renamed Earth Works), a monthly listing of green job ads. As the organization grew, so too did the recognition: Liz Putnam accepted the President’s Volunteer Action Award and was later named an Honorary Ranger by the National Park Service. To close the decade, in 1989, the first of 648 volunteers served in SCA’s Greater Yellowstone Recovery Corps following a massive wildfire in America’s first national park. 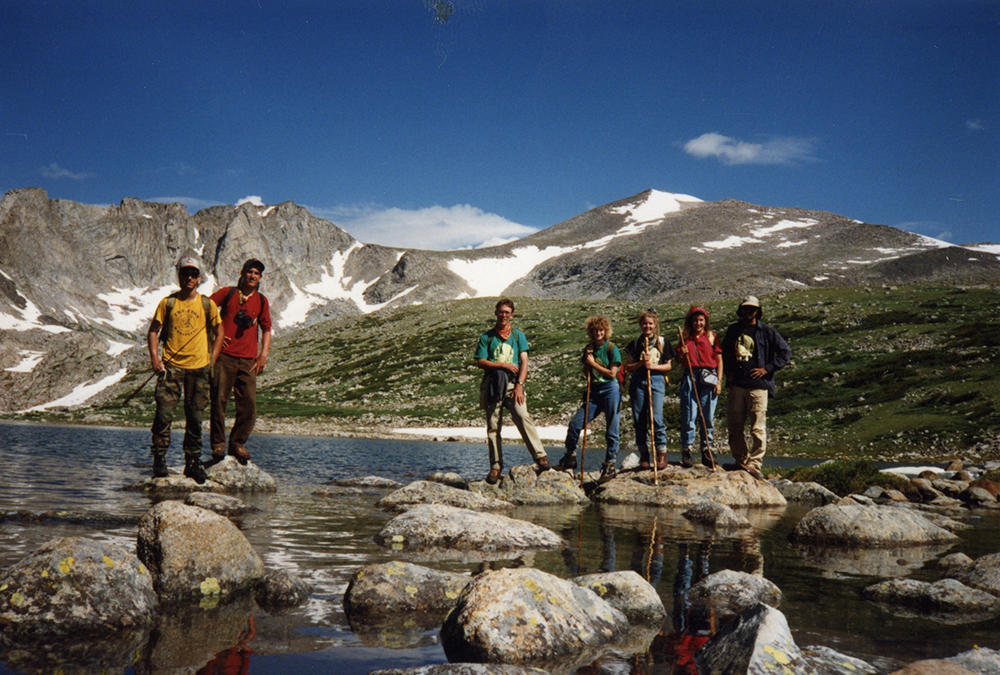 With SCA backcountry programs and urban crews well established, it was time for a new form of engagement: SCA EarthWork. From Seattle to New York, these short-term, simultaneous conservation projects were fueled by thousands of local volunteers, bolstering public lands and building connections to nature, in a precursor to today’s SCA ConSERVE events. In 1994, we began our ongoing partnership with AmeriCorps. In 1996, SCA published Lightly on the Land: the SCA Trail-Building and Maintenance Manual (yes, we literally wrote the book on trail construction) and the following year we unveiled our first website. 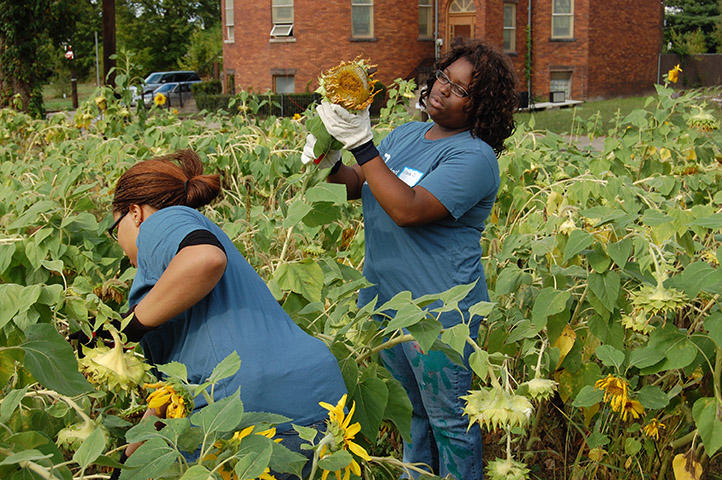 “It finally stopped raining and tonight we had a great view of the alpenglow on Denali.” SCA crews have been keeping handwritten journals since 1957, and this note came from SCA’s Denali III crew in 2003, adorned with drawings of sunshine and rain drops. In this decade, SCA managed the Mount Rainier Flood Recovery program, created the Career Discovery Intern Program with the US Fish and Wildlife Service, logged our 50,000th volunteer, planted trees on Earth Day with Presidents Obama and Clinton, and marked five decades of building new generations of conservation leaders. 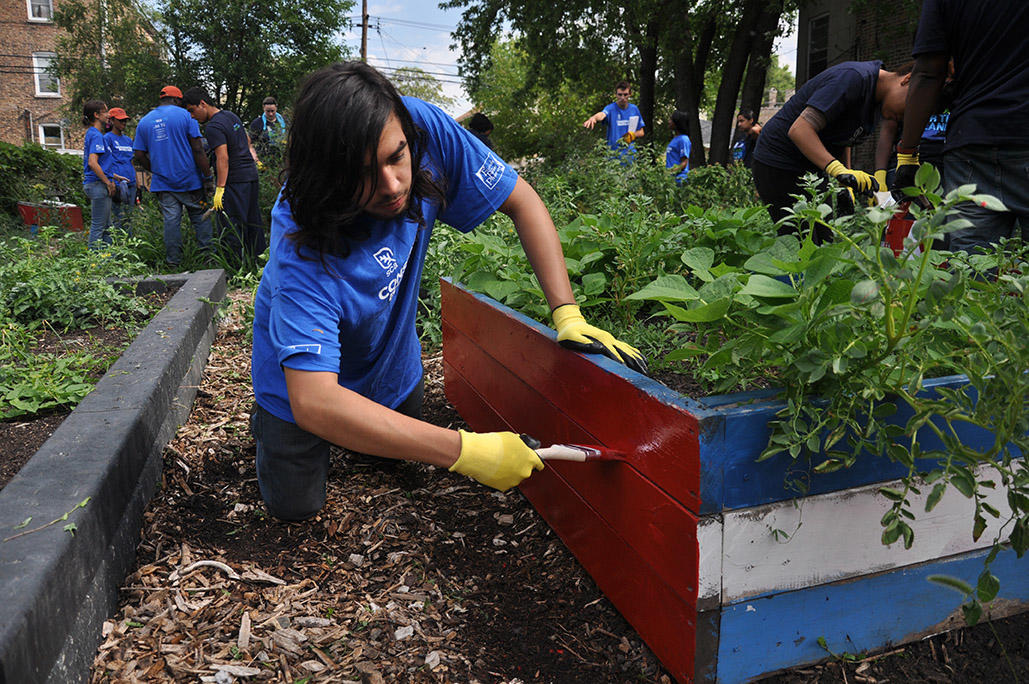 The Presidential Citizens Medal is one of our nation’s highest civilian honors. It had never been conferred on a conservationist until August 4, 2010 when, in a White House ceremony, President Obama presented the award to SCA Founding President Liz Putnam. “I share this honor,” Liz stated, “with all the young women and men of SCA, whose hands-on service protects our public lands and lifts our people’s hearts.” In 2016, SCA Ambassadors helped the National Park Service mark its centennial and later produced the award-winning documentary “National Park Diaries” with Reel Works Teen Filmmaking and American Express to spotlight the service and stewardship of America’s rising leaders.