When asked what first inspired her interest in nature, award-winning wildlife photographer, Barbara Baird, said it was the flash of blue from an eastern bluebird.  As a young girl, Barbara’s parents often took her family to visit parks just outside of Chicago, and it was on one of these trips that she encountered an eastern bluebird for the first time – and it was love at first sight. But, it wasn’t until Barbara spotted an indigo bunting many years later that she became a serious birder and wildlife photographer.

For Chuck, his interest in nature came about more gradually after spending many weekends in Galena, Illinois before he and Barbara relocated there nearly 10 years ago.  Those events combined with their travel to photograph wildlife in places like the Antarctic, Big Bend National Park, and day trips to observe overwintering whooping cranes at the Aransas Wildlife Refuge located near their vacation home in Corpus Christi, Texas, created not only champions of conservation but also a couple who inspire those around them to protect wildlife habitat through Barbara’s photography and their volunteer efforts with local groups. 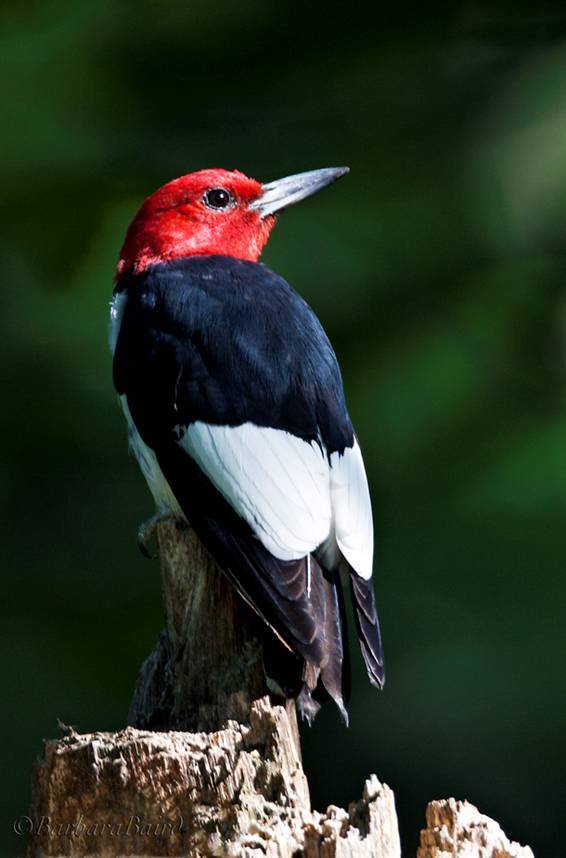 Nothing is more important to Barbara and Chuck than conservation.  As Barbara said, “Preserving habitat and halting out-of-control development in special places is a priority”.  They believe the best way to achieve this is to connect our youth with conservation to help them to care about protecting our planet. This why they support the Student Conservation Association.

Barbara and Chuck recently learned about SCA thanks to a new partnership between SCA and the Jo Daviess Conservation Foundation (JDCF), a local land trust where Barbara sits on the board and Chuck devotes much of his volunteer time helping with prescribed burns, prairie restoration and trail and bridge building.  When they met JDCF’s new SCA intern and learned more about SCA’s mission, they felt strongly that this is an organization that aligns well with their personal mission to protect wildlife habitat.

While Barbara and Chuck support several conservation organizations, they feel SCA’s work with youth sets it apart from other groups.  An investment in SCA means “connecting young people to conservation, after all, who is going to carry on if our youth aren’t inspired to connect to conservation?”