With the support of Earth Day sponsors American Express and Southwest Airlines, SCA brought together over 2400 volunteers nationwide to celebrate the planet through service. At 14 SCA Earth Day events across 10 cities, thousands of volunteers joined forces to honor the 47th Annual Earth Day and make a hands-on contribution to their local parks. 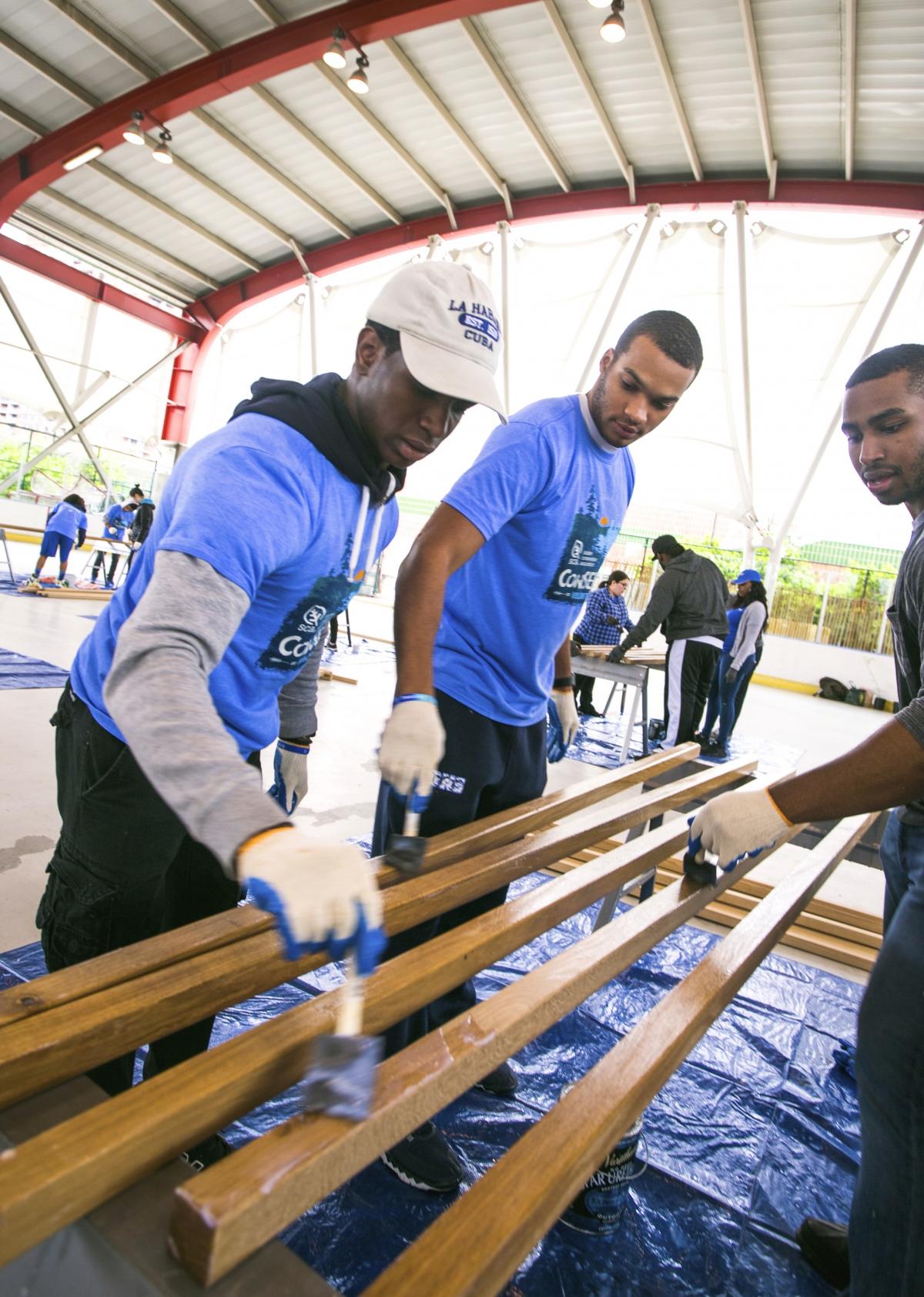 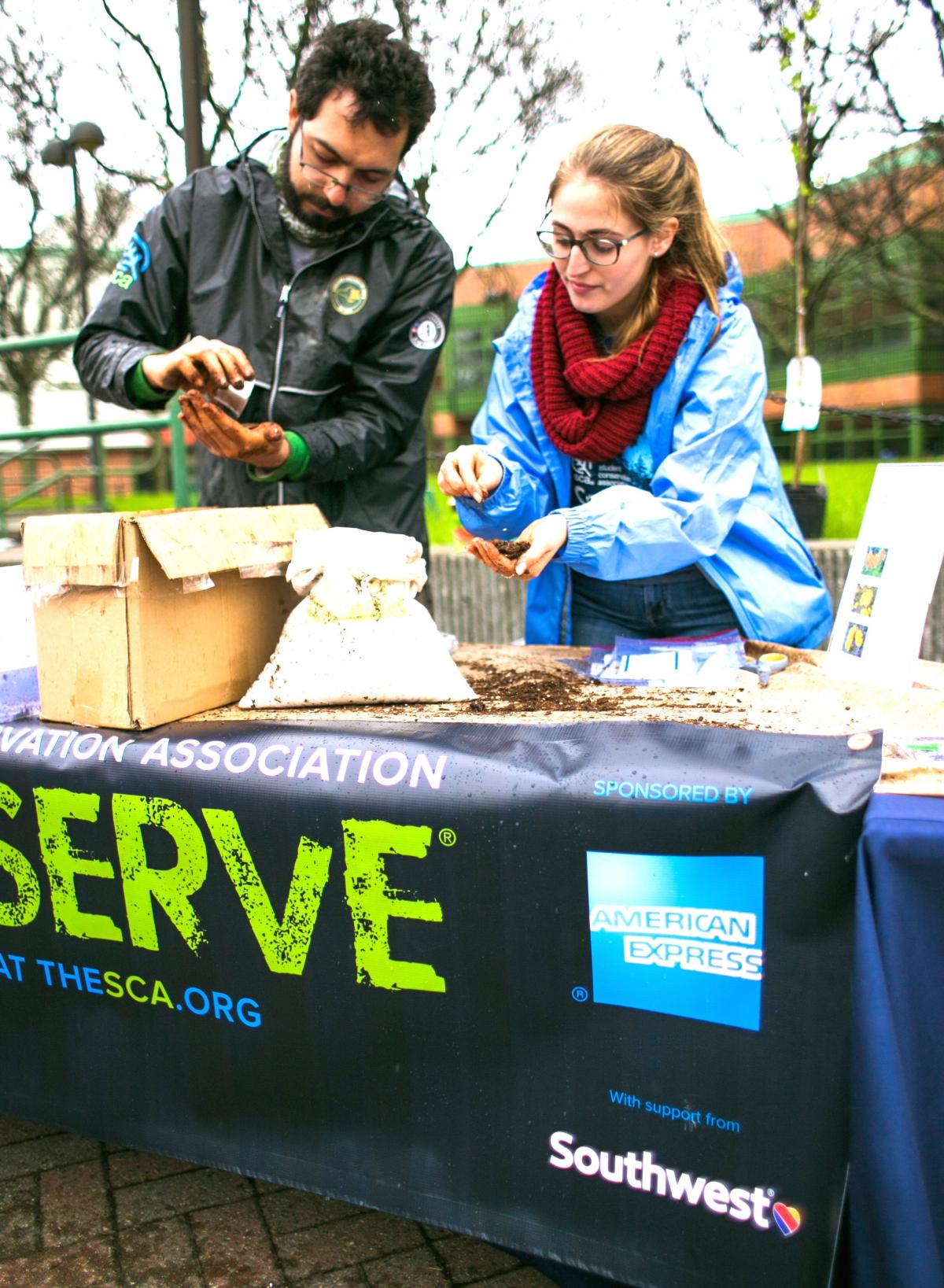 SCA partnered with Care To Recycle®, a program of Johnson and Johnson Family of Companies, to offer recycling-themed giveaways and invite participants to bring empty toilet paper tubes to transform into biodegradeable seed starters. Care To Recycle® also hosted a photo booth at the event to spread the word about the Donate a Photo campaign, through which Johnson & Johnson will donate $1* to SCA for every photo uploaded through the Donate A Photo app through June 15th. Dozens of participants lined up to snap pics with iconic parks backdrops, message boards, and Earth Day props and donate their photos for the planet. 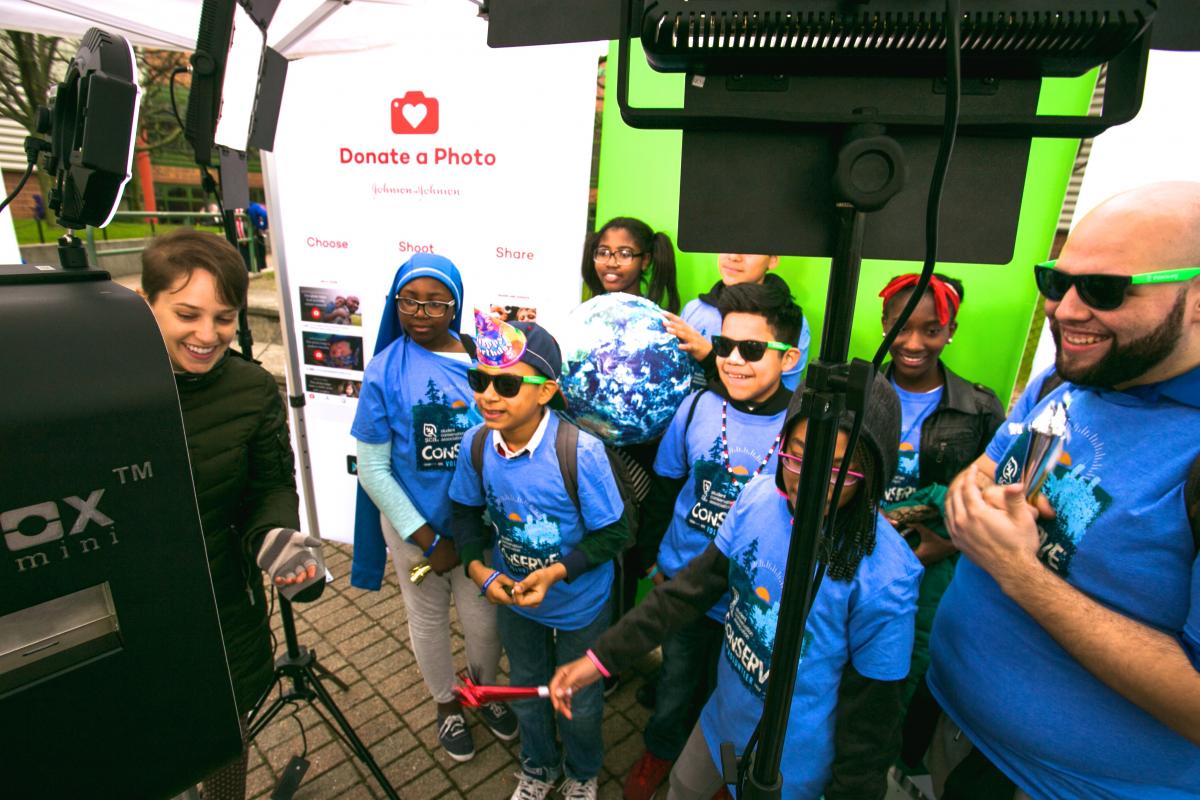 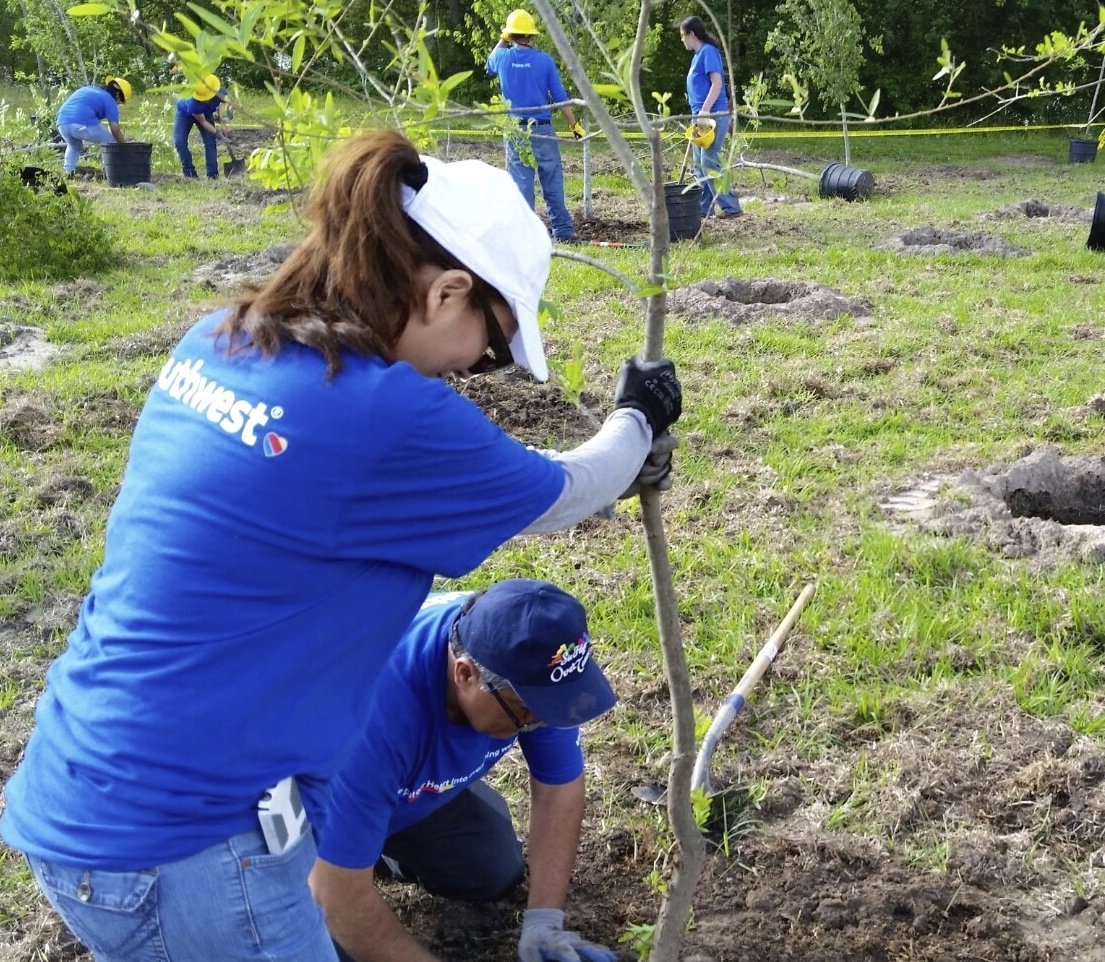 “These partnerships mean the world to us,” said New York State Parks NYC Regional Director Leslie Wright. “Introducing people to the park, getting hugely important work done that would otherwise take a back seat to other pressing demands, and giving staff and patrons a chance to work together and stretch their skills - it’s all a giant victory and we thank SCA for being on board!” 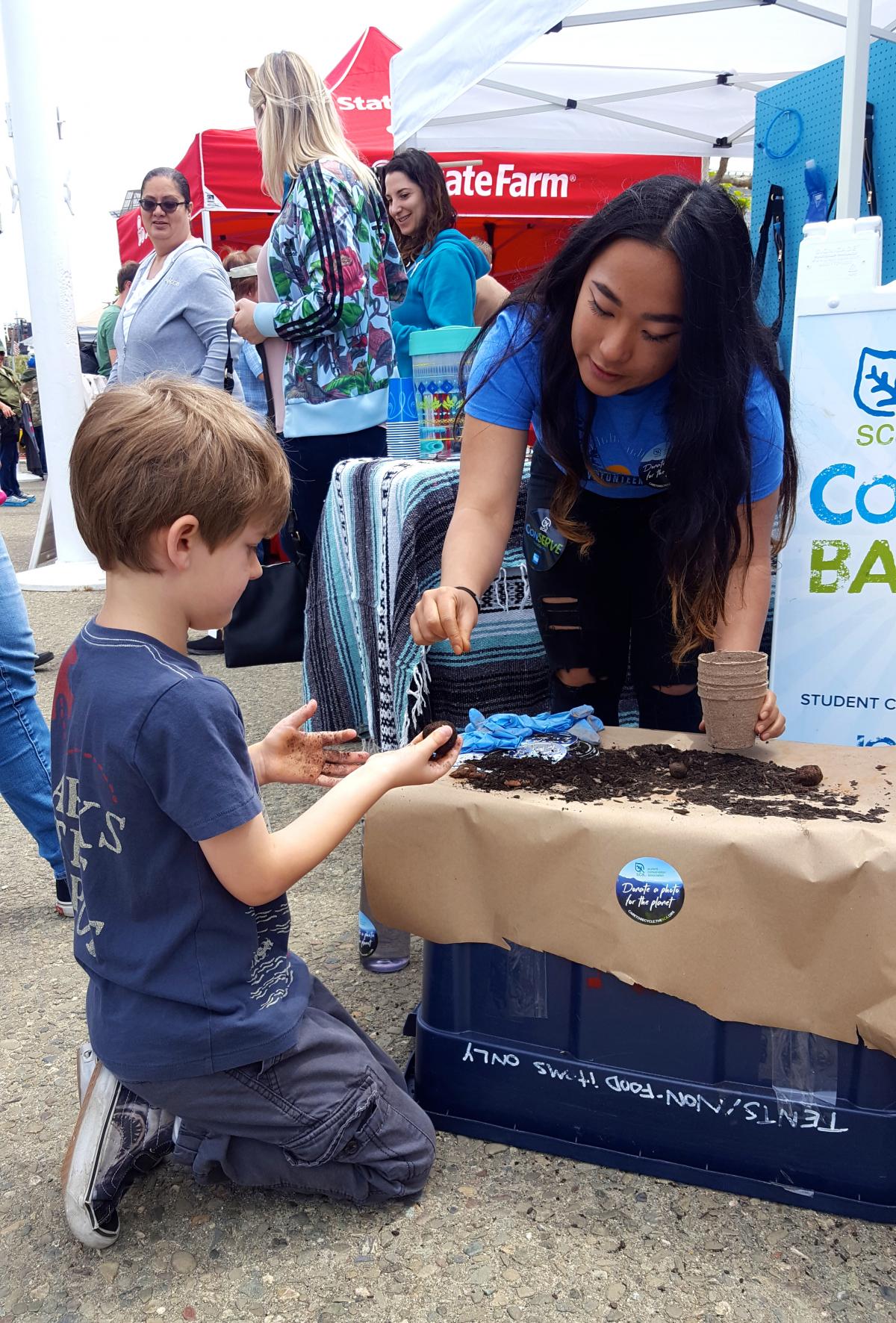 Elsewhere across the country, SCA boosted other regional partnerships with events from San Francisco to DC. On the west coast, SCA hosted quick-touch service activities at the Earth Day San Francisco festival, attracting over 700 participants to make seed bombs and seed starters out of recycled materials as part of the citywide celebration. In Seattle, more than 300 SCA volunteers came together to mulch gardens at the Washington Park Arboretum, while in Houston 75 volunteers came out to plant 300 trees at Sims Bayou. In Philadelphia, 70 volunteers participated in the annual Darby Creek Cleanup at John Heinz National Wildlife Refuge. And up and down the Hudson Valley and in New England, members of SCA residential corps programs came out to serve at smaller regional projects. 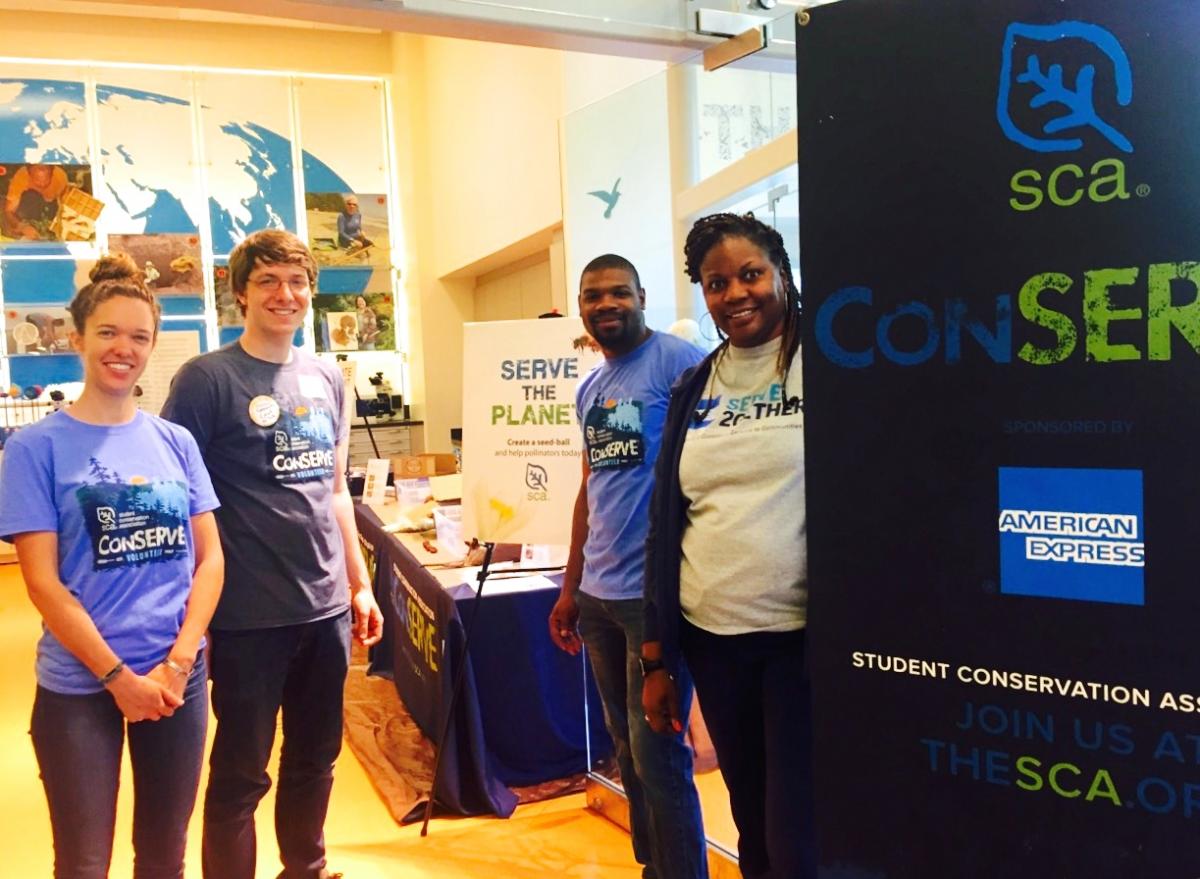 SCA also mobilized Earth Day preview activities in Los Angeles and New York City, bringing quick-touch service directly to the oﬃces of local companies to give employee volunteers an opportunity to get involved. At American Express and Cohen & Steers in NYC, and at Creative Artists Agency in NYC and Hollywood, SCA alumni led hands-on activities making wildﬂower seed bombs and building birdhouses to be donated to New York City Audubon. “We had an awesome time as everyone was able to take a break from the work day and get their hands dirty,” said volunteer Courtney Dover. 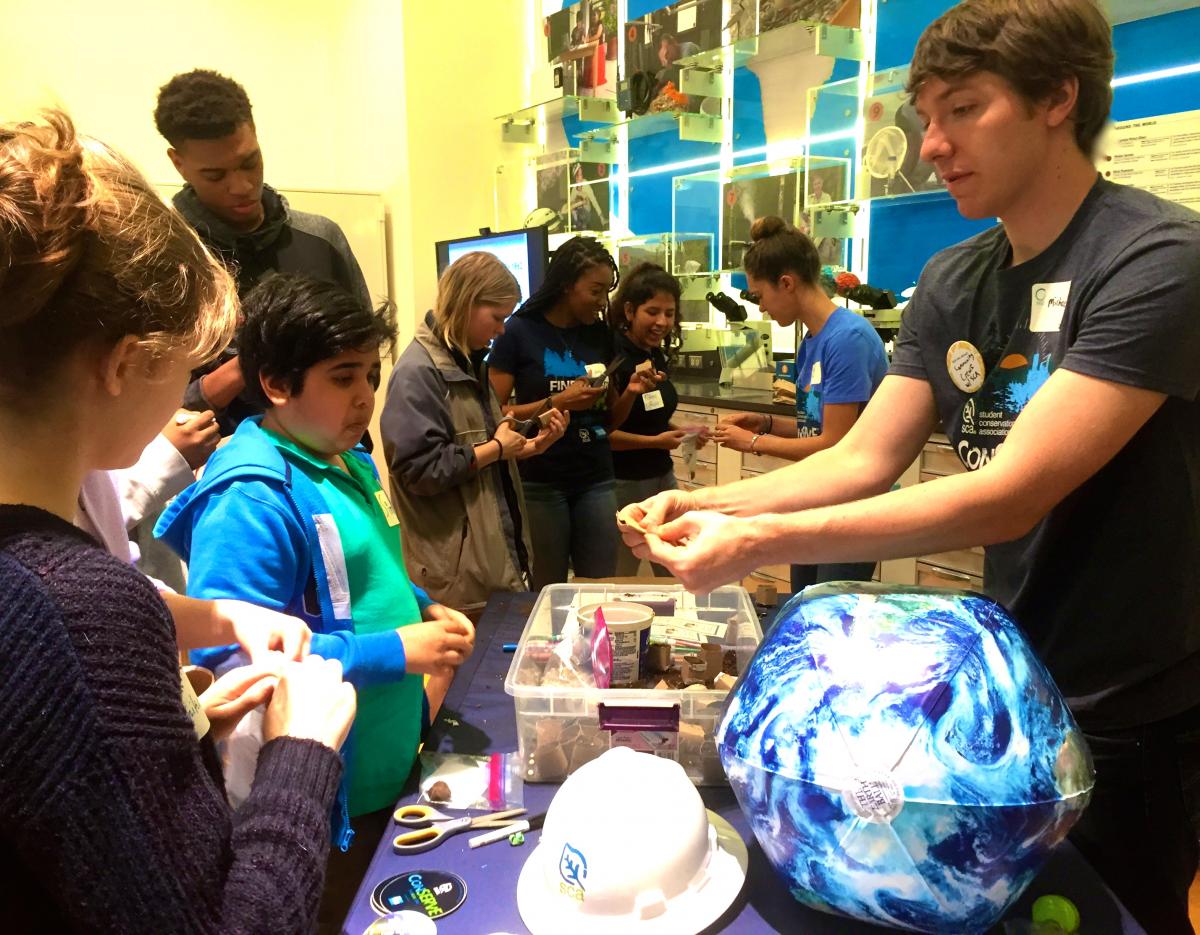 SCA closed out Earth Day weekend by partnering with Smithsonian to hold service activities as part of the Earth Optimism Summit in Washington DC. As part of a day filled with panels, breakout sessions, and other opportunities to engage aspiring teen conservationists, SCA hosted a service station in the Q?rius Lab at the Smithsonian National Museum of Natural History, welcoming hundreds of students and families to roll up their sleeves and make wildﬂower seed bombs to help bring native pollinator species back to DC. Val Murphy, an employee volunteer from American Express, helped kids roll together soil, clay, and native seeds and chatted with SCA alums about their experiences in the field. “These kids are amazing!” she said. “I have a teenage son and I want him to see that kids his age can really get up and do something.” 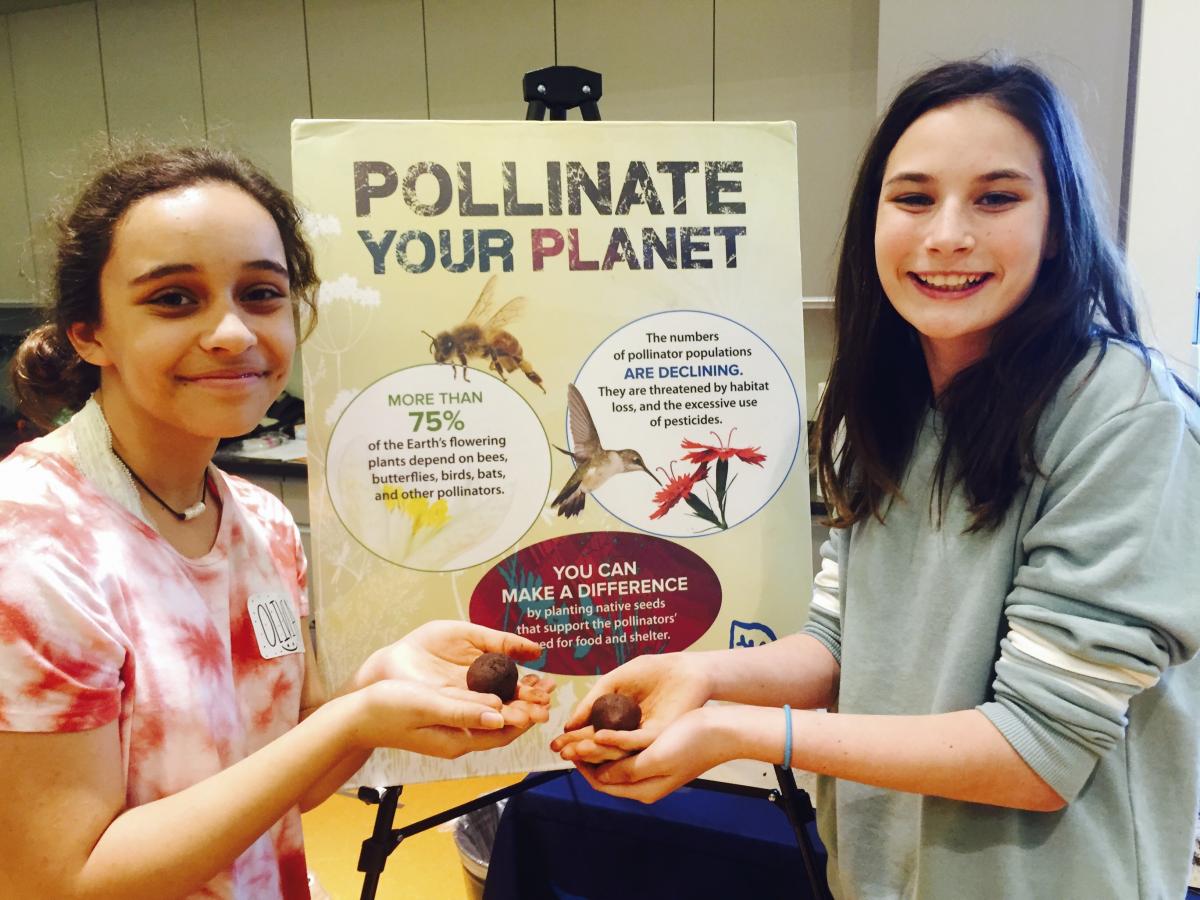 *Disclosure Statement: Johnson & Johnson has curated a list of trusted causes, and you can donate a photo to one cause, once a day. Each cause will appear in the app until it reaches its goal, or the donation period ends. If the goal isn’t reached, the cause will still get a minimum donation.