SCA Intern Marlisa Jemison on Electrofishing with the U.S. Fish and Wildlife Service

This post was written for Open Spaces, the oﬃcial blog of the U.S. Fish and Wildlife Service. It’s part of a monthly series featuring SCA interns writing about their experiences working to promote, protect and study wildlife on public lands all over the United States.

It’s our great pride and pleasure to partner with USFWS, as well as the other great federal land management agencies, to connect young people from all backgrounds with life-changing, career-making conservation service opportunities.

I never planned to say that in my life, but I’ve never found much joy in the thought of waiting hours for the mere possibility of catching a fish. I was more into the idea of letting other people enjoy fishing while I enjoyed the spoils of their labor.

As it turns out, I just hadn’t been doing the right kind of fishing. Electrofishing is its own glorious world of fun, a world I wasn’t privy to until my year as an SCA AmeriCorps member. 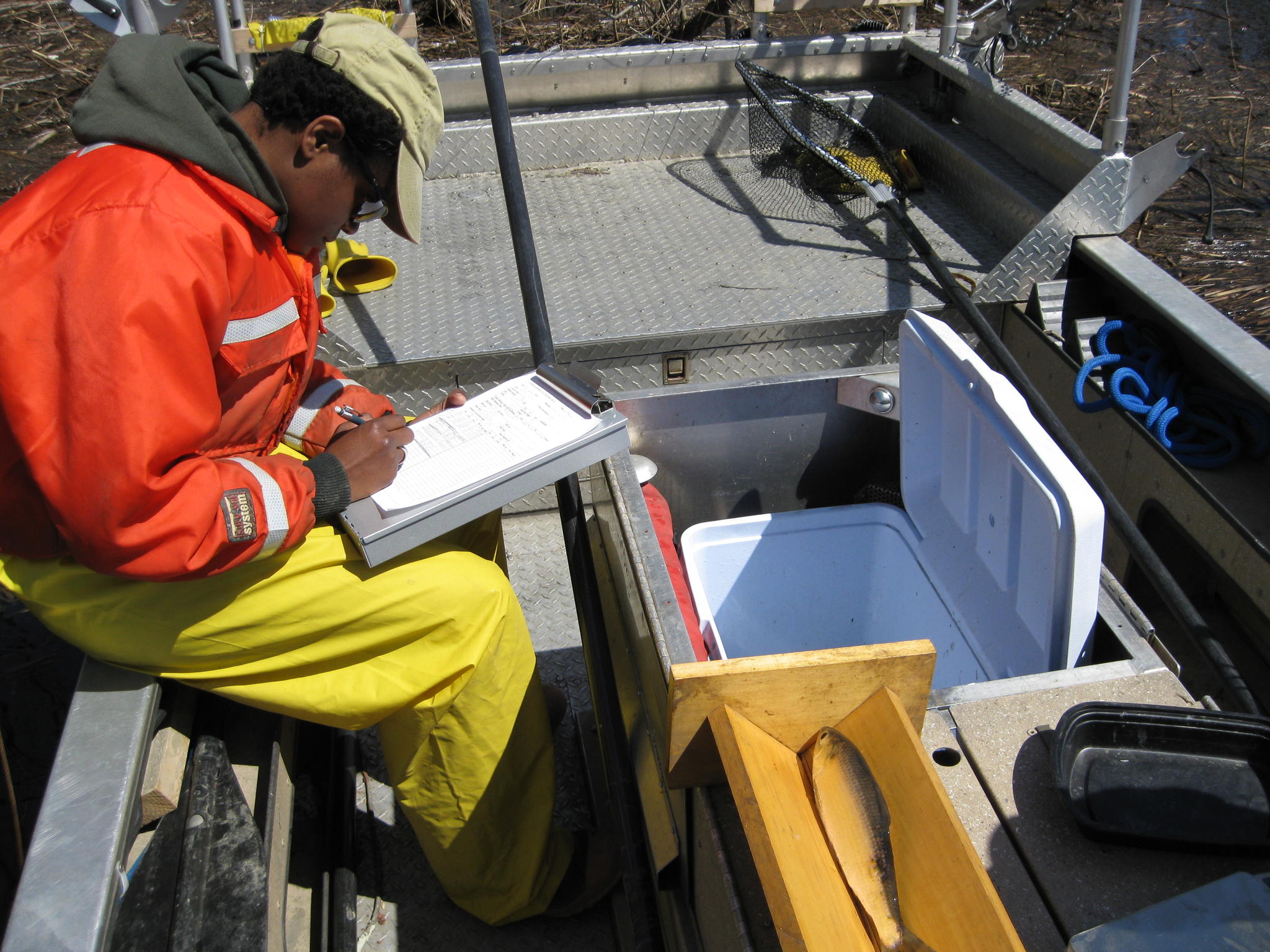 As a Trail Development Intern, my main job was to design and build a trail at Silvio. O. Conte National Fish & Wildlife Refuge in Hadley, Massachusetts. I majored in Biology and I love being outdoors, so I’ve always been interested in a career where I’d be able to cater to other people who also love being outdoors. I soon found out that in addition to trail work, I would also be doing some environmental education, Hurricane Sandy cleanup and work with the Fisheries staff. Being from Dallas, Texas, I was accustomed to the idea of fishing, but I had only made one attempt to really fish and I think after five minutes or so, I handed the pole to my stepdad and started exploring the woods instead.

A month or so into my term, after lots of training, I found myself preparing to go electrofishing for the first time, and hoping that it would turn out better than my previous experience with the rod and reel. I met Ken Sprankle, the Connecticut River Coordinator and head of the Fisheries staff and he explained that once we got in the boat, we would be electroshocking the water, netting river herring, and after recording their weight, length and sex, placing some in bags for dissection. Dissections were one of my favorite things to do in science lab, so things were already looking up. 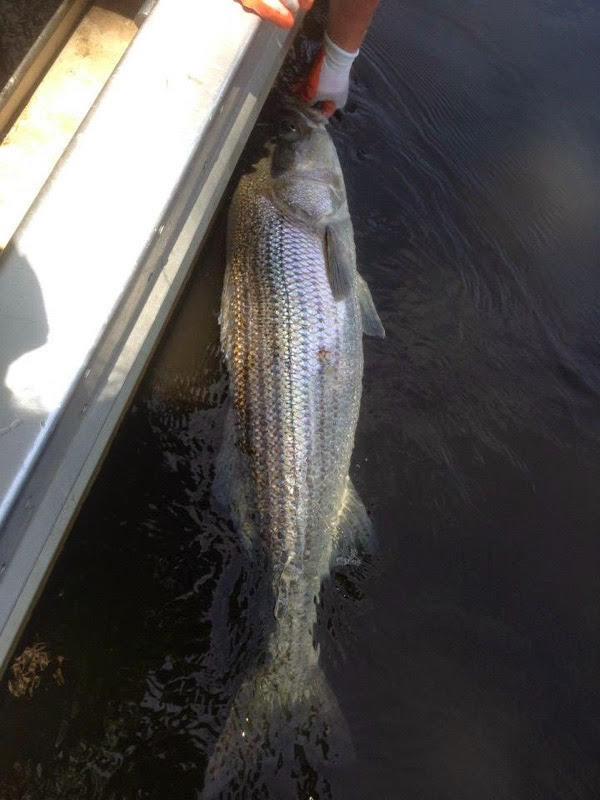 Ken and his staff were doing a population study on river herring, and dissecting a small sampling would tell us the age of the fish making their way up river. That way we could determine if current laws were working properly.

River herring are near the bottom of the food chain. If their population dwindles it has a trickle effect on other wildlife that depend on them as a food source.

That we would be fishing with electricity, an experience I had never fathomed, combined with the reasoning behind it, had me feeling much more receptive to the idea of fishing, and I was genuinely excited to catch my first fish.

Standing at the bow of the boat, I was outfitted with a landing net, a life vest, sunglasses, a hat, rubber gloves and rubber boots – necessary to keep me safe from electrocution and shaded enough from the sun’s glare that I would be able to see the fish floating atop the water. I didn’t even recognize myself!

As I heard Ken tell Darren, another member of the Fisheries staff, to start the electroshocking, I was suddenly extremely nervous. What was I thinking? I’ve never caught a fish in my life, what if I’m not fast enough? What if I can’t see the fish? What if something goes terribly wrong and I get electrocuted?

I had a million questions running through my mind, and all but one dissipated the instant I saw three fish bob up near the surface. I yelled what was suddenly the only question that mattered, “Darren! Are these the right fish??”

Needless to say, I didn’t catch the very first fish I saw, but after that, I learned to grab first and think later. Over the year, my ability to quickly identify and grab the fish we were looking for grew significantly.

At one point, I even got to catch striped bass, which, with their advanced size and knife-sharp dorsal fins, made for an experience that was equal parts scary and exhilarating. We had to wrangle them into the boat, and clip off a bit of their tail fins to send to a lab for a genetics study.

Electrofishing soon became my favorite aspect of the internship and challenged my previous notion that I wouldn’t be interested in a wildlife career involving fish conservation.

Now, at the end of my internship, I’m thankful that I got the opportunity to participate in a wildlife management project, learn some conservation methods, do right by the planet and my country through SCA AmeriCorps service, and finally count myself among the throngs of people who love fishing. Granted, I may never be an angler, but, pardon the pun, I do have a new angle on fishing.