As the great poet Ice Cube once said, today was a good day.

For me, a good day always starts with a good breakfast and a large cup of coffee – but from that point on, a “good” day can be many different things. It can be taking my dog on a run in beautiful weather, meeting friends at the beach on the rare days that it’s warm enough to do so, or just maxing and relaxing at home when it’s stormy and grey. But here’s why this particular today was a good day… 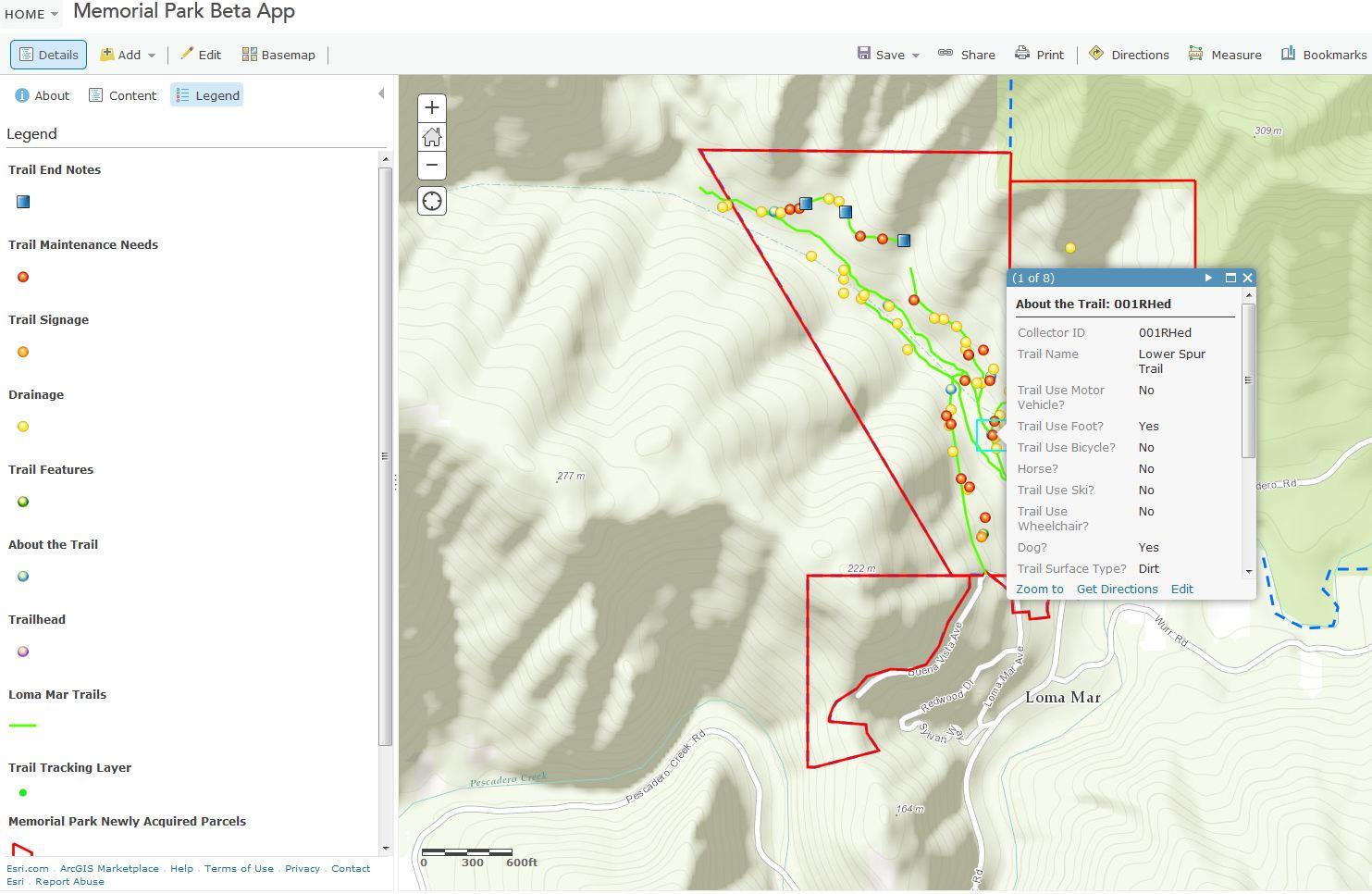 A screenshot of the Collector app that Rachelle helped develop.

To start, I got to take a crew of local, high school-aged SCA members out to collect data on a newly acquired piece of San Mateo County Parks land, using a data collection system which I helped develop. This alone would have been enough for me to call it “good” (see what I did there?), but the universe have been feeling generous, because in addition to meeting an awesome crew and their fantastic leaders, there was also perfect weather, and no technical difficulties with the data collection application. It. Was. Awesome. 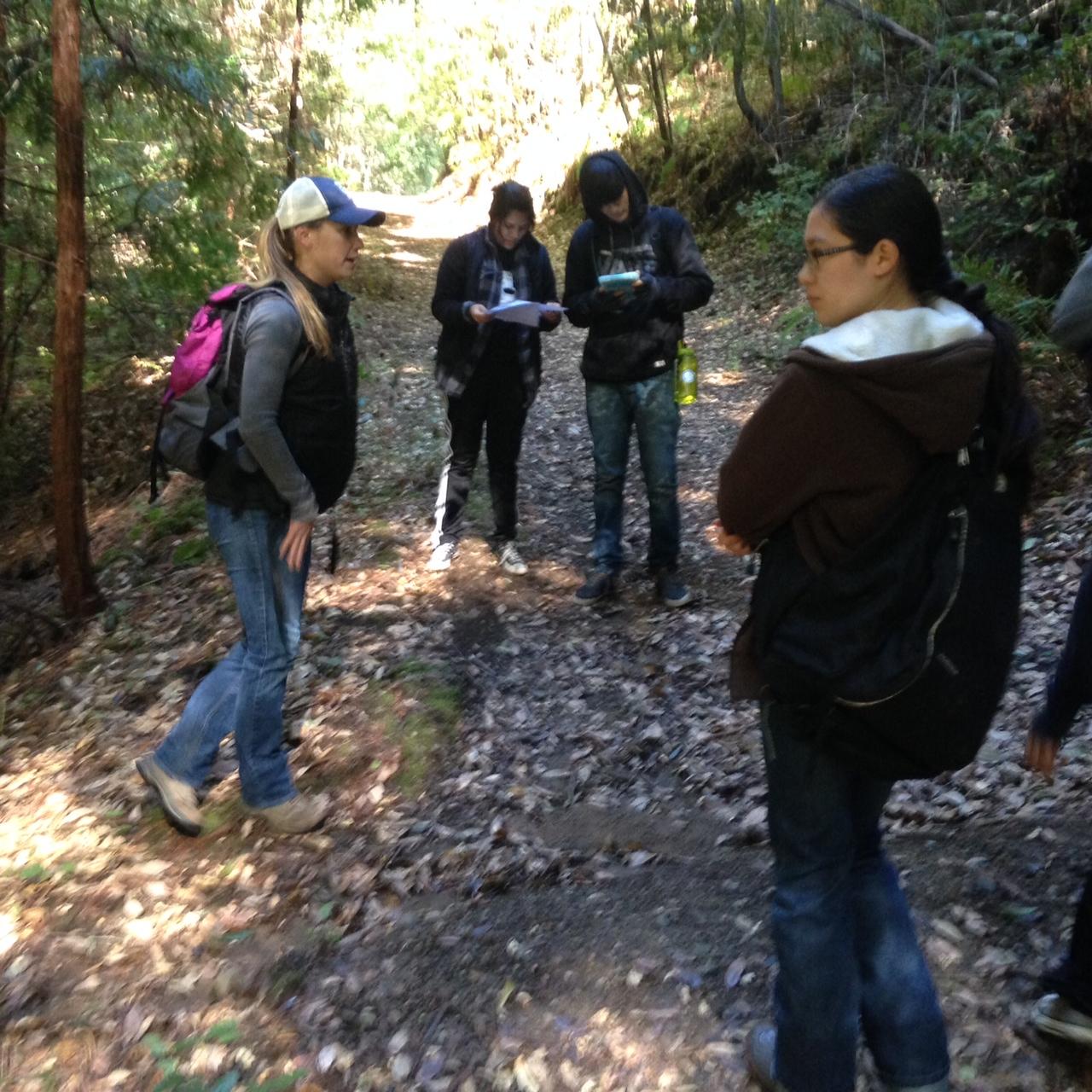 Here’s how this magical day went down… I met the crew at 10am to give them a brief history of the area in which we’d be collecting data. This land had been logged a number of times over the last 150 years, leaving behind many dirt roads that now are being transitioned to trails. After the history lesson, we headed to the worksite for a brief training on how to use ESRI’s Collector application, the importance of GIS in natural resources management, and the importance of the specific data we were collecting that day. Once I woke everyone up again, we started our mission of collecting info on a variety of different trail features in order to give San Mateo County Parks a detailed look at the state of their new land. The students used the Collector app to gather information about drainages, vegetation management needs, tread condition, and overall trail conditions.

The crew rocked it, finishing the entire system of trails in just under two hours. They were swift to pick up the technology, awed by the beautiful scenery, and truly enthusiastic about the project as a whole. (I can verify this, as nearly everyone said that the “GIS stuff” was their rose for the entire weekend during our “Rose, Bud and Thorn” closing activity – one of my favorite SCA traditions.) 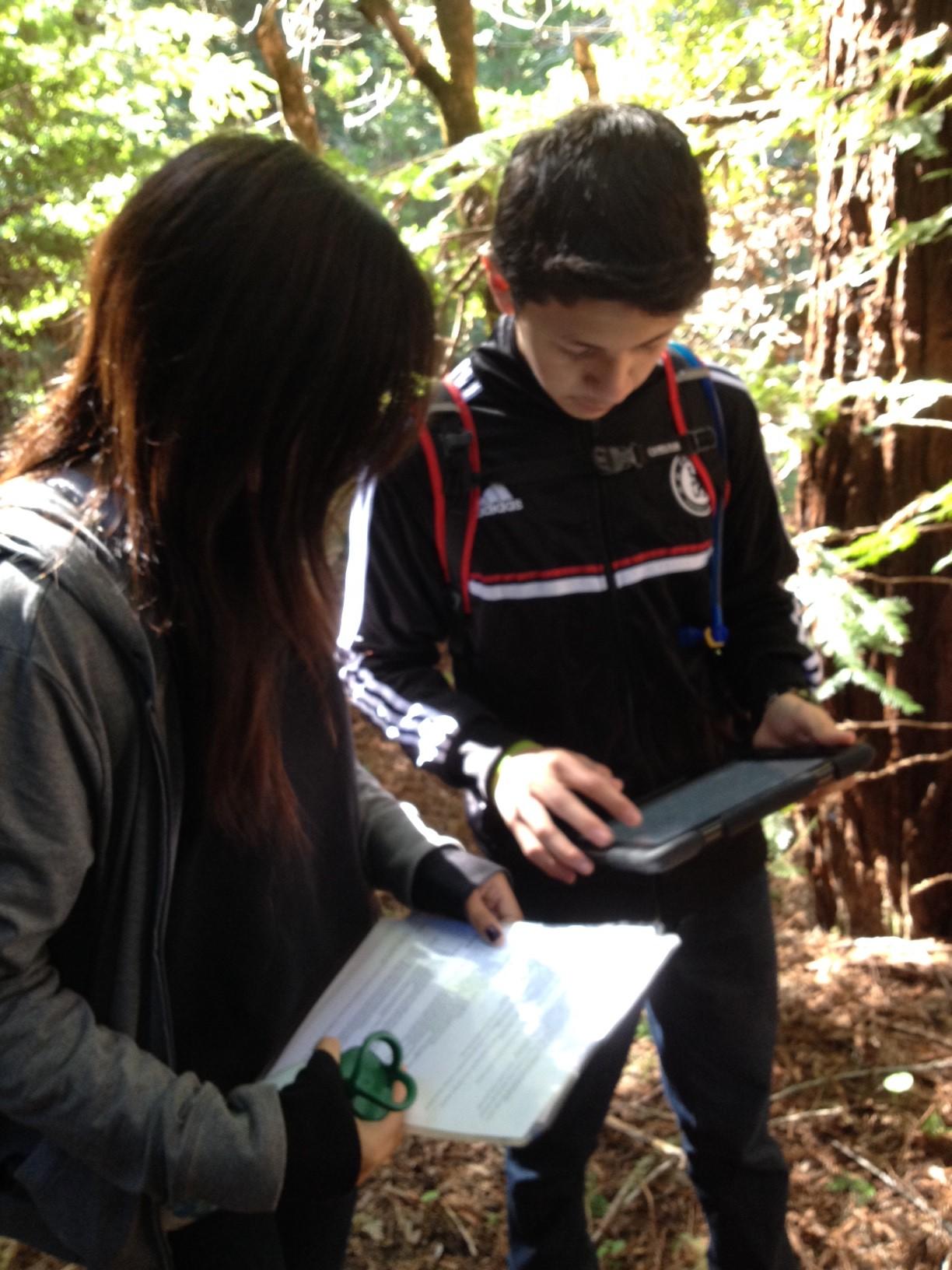 The success of the project, the ability of the crew, the beautiful weather, and the cooperation of the technology were, of course, all elements that contributed to my good day. What really made it special, however, was a realization I had on my drive home. I realized I had just witnessed first-hand that using technology and spending time outdoors is not an either/or proposition. One does not inherently exclude or lessen the value of the other, and just because we have a generation that loves their phones, doesn’t mean we won’t have a generation of serious conservationists too. I believe the marrying of technology and nature will help to better both, making each more valuable, more accessible and healthier. And I believe that students like the ones I worked with today will be the driving force behind this marriage for many years to come.

So ya, today was definitely a good day.

And while I didn’t see the Good Year blimp, I know if I had if I had it probably would have read “GIS is the best and it is an important aspect in the future of conservation and land management”. Obviously. (Why, what did you think it would say?!)