Enthusiasm among the students was amazingly high throughout the week. The days started early and went late and although there were a few stifled yawns each morning at breakfast, you didn’t hear any complaints because the days were jam-packed with fun, engaging and exploratory opportunities to create enthusiastic future conservation leaders. The moon was often still out when we walked to breakfast. 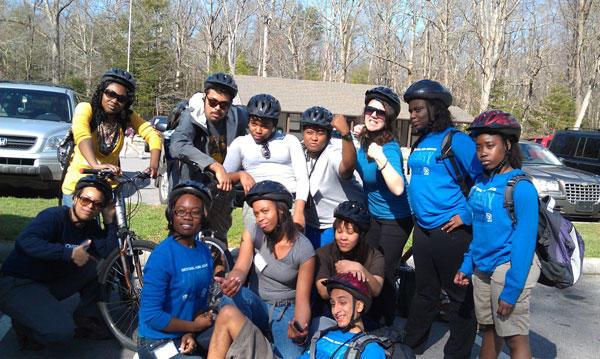 One of the members commented, “I bet a lot of people don’t get to see things like this because they stay in their car. I’m glad we are outside so we get to see this.”

Wednesday was excursion day! Our morning was spent enjoying the beauty that is the Great Smoky Mountains. The group split into two where some went biking and others went hiking.

The bike trip included an eight mile bike ride with two other SCA staff and 10 members in Cades Cove, a site in the park that is visited by over two million visitors a year. The students made sure to stop and check out the sites along the ride. While we were taking our lunch break, we saw some animal tracks in the mud. 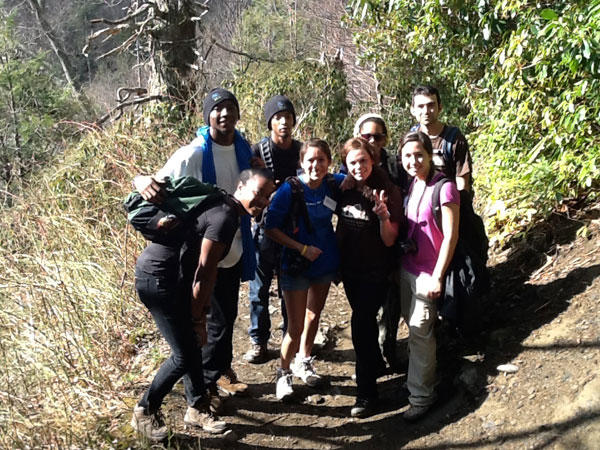 For 20 other members, the morning consisted of a two-mile hike to one of the Smoky’s most scenic views, the Chimney Tops. Those two-miles was no walk in the park, unless your typical walk in the park consist of a 1300ft elevation gain and a bit of bouldering. Nevertheless, the reward was well worth the climb. Upon reaching the summit of the Chimney Tops Trail, we settled down to enjoy our lunch of tuna sandwiches against a beautiful background. The shared sentiment echoed among us was that this was one of the best lunches we had ever had… the tuna had nothing to do with it. But rather it was the enjoyment of the fruit of our efforts and doing so in the company of good people and spectacular views. 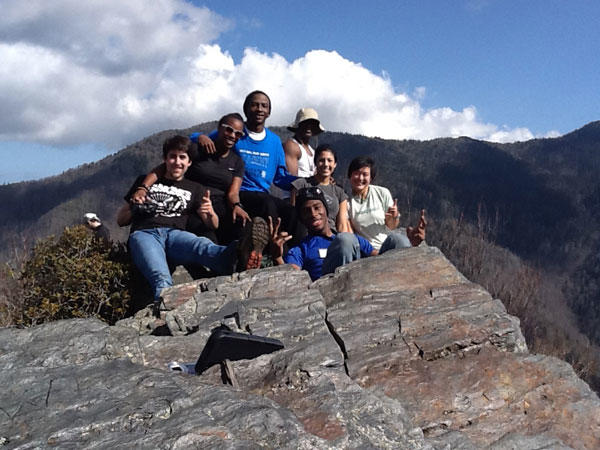 “This was my first time hiking, but it taught me a lifelong lesson to never giv eup going up the mountain…like in life, never give up no matter how steep it gets,” said an NPS Academy member after hiking at the Smokys.

Thursday, we learned more about NPS careers, including search and rescue, fire, backcountry patrol, GPS and mapping, and the park natural collections. The NPS staff we met was enthusiastic to talk about their jobs, and the members enjoyed the behind-the-scenes look at potential future careers.

Friday afternoon was Community Service Day, where the groups were able to participate in various projects around the area, including trail work and litter cleanup. We joined members as they interacted with kindergartners, first and second grade students at the local elementary school. 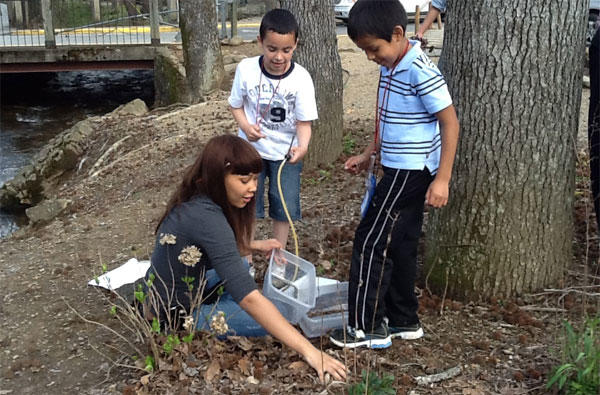 Each Academy member took on two students, and equipped with a shifter, aspirator, and a clipboard tallied the insects they “discovered” and set out to take a closer look at the world of insects in their own backyard. 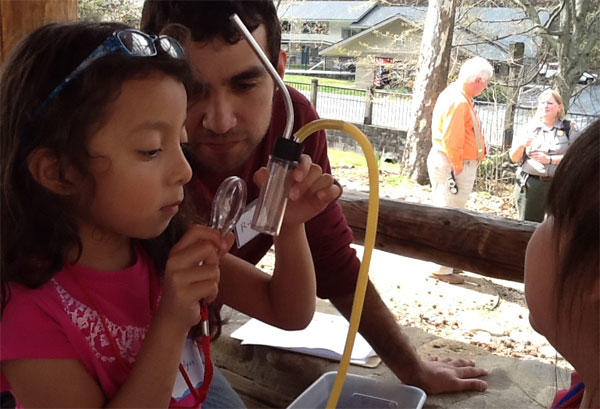 An Academy member overlooks asstudents further investiage contents gathered via their aspirator, or better known to the elementary students as the “sucky-uppy thing.” 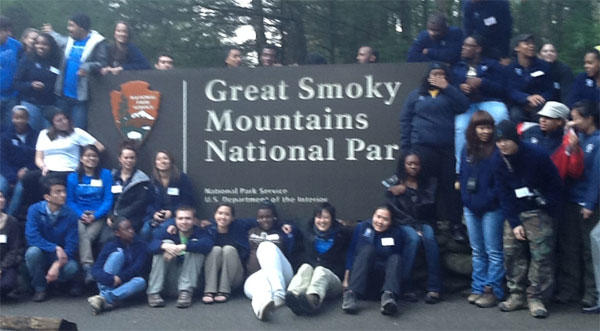 It was definitely a week to remember for program participants. We found leaving Friday night hard to do. The bond that these students shared after only one short week and their enthusiasm for National Park Service careers was obvious. We had a long drive ahead of us, but our drive that night to the Chattanooga airport was made bearable by our reminiscing of moments with participants, the laughs over the closing skits, and our knowledge that this week was only the beginning of an amazing conservation career for these members.