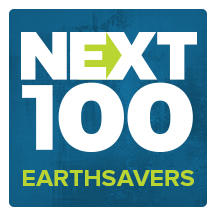 After serving in Human Intelligence with the US Military, Nick Murray joined SCA’s Excelsior Conservation Corps and spent the past year continuing his service and leadership at parks and public lands across New York State. With his 40 fellow SCA Excelsior Corps members, Nick is working for a better future for our public lands and embodies positive leadership for the #Next100 years of conservation.

What motivates you to take action to serve your planet, your country, and your community?

Our nation was built on service. I feel strongly that the more people put into their country or their community, the more they will get out of it. I got tired of listening to my peers complain about how they wished things were different, and I wanted to get out there and do something with my own hands. Especially within the last year, a lot of people have been talking about how they “wish they could change things” and putting their hopes on other people to make a change. But in the end, the only person who can change things is YOU. If you want the world to be a better place, you have to stand up and make change yourself.

How has the work you’ve done with SCA positively impacted your community?

Serving on the Excelsior Corps has given me a chance to reconnect with New York. I have lived here most of my life, but being in a centralized location like Morrisville and getting the opportunity to travel out to so many different parks and communities has really made me see how much this state has to offer. It has also been great to see that in so many regions in New York, loyalty to the local community comes first and transcends politics and other divisions. The work that SCA’s Excelsior Corps is doing – improving these beautiful parks and trails to provide families with places to enjoy the outdoors – is something that everyone can come together to support.

How has your SCA experience helped you grow and transform as a leader?

Serving on the Excelsior Corps was my first foray into environmental conservation, but this experience helped me to build my ability to lead in so many ways – or maybe more importantly, to bolster my own confidence in my ability to lead. My service in the military helped tell me what to look for in a good leader, but in the SCA there is much more questioning. Instead of just “this is the best way to do it,” my fellow corps members want to hear why this is the best way to do it. A good leader has to be a good listener – it’s about finding out what motivates people, and then working with people’s motivations to accomplish things together. The difference between a boss and a leader is that the boss stands there and tells someone what to do, while a leader explains and guides by example.

What’s the most standout experience of your year serving with SCA?

My favorite project was at Robert H. Treman State Park in the Finger Lakes, where our team built a set of box steps leading up an eroded trail. I was appointed the hitch leader for that project, and ended up taking on even more responsibility after one of our project leaders was called away unexpectedly.

Before we could even start working on the steps, we had to break up and remove 22 tons of concrete from the old eroded pathway. The project was challenging on many different levels – not only from a physical standpoint but also from having to coordinate personal crew dynamics as we all found our roles. Being in charge of the hitch without our extra project leader, I had to let go of some responsibility, and delegate to my fellow members rather than bouncing around and trying to do it all myself. In the end, we built 147 box steps and the trail became one of Excelsior’s most successful projects of the year. The project made me realize that human terrain can be more challenging than geographic terrain, and that both sometimes need to be tackled to successfully accomplish conservation work.

What was your favorite park or outdoor space you discovered with SCA?

I loved Treman State Park – but another of my favorite parks from my year in Excelsior was Allegheny State Park and Cranberry Lake in Western New York. I had never spent much time in that part of New York or heard much about it, but it was spectacular. Our team was diverted from another project at the last minute to brush trail at Allegheny State Park, and at first we weren’t so excited – but we ended up improving 20 miles of trail and getting to see so much of the park. This year held a lot of surprises, but sometimes it was the unexpected projects that ended up turning into the most meaningful.

After concluding my year in Excelsior, I am interested in going out west to get involved with a Wildland Firefighting Corps through SCA or NPS. I had always thought that was something I might be interested in doing, but after my year of service with Excelsior Corps it now feels like more of a real possibility. Before this year, I had never used a chainsaw, and now I have chainsaw certification, Wilderness First Aid training, and S-130 and S-190 firefighter training under my belt. I know that my physical military training will help me in this role as well, but even more important will be the leadership and communication skills I’ve gained with SCA. In situations like wildland firefighting, where you have to face things that are totally unexpected and sometimes need to make life-or-death decisions quickly, good leadership and communication couldn’t be more important.