Your answer: 19
Yep, that’s right! Read more about the trails below.

Your answer: 23
Sorry, that’s wrong. It’s actually 19! Read more about the trails below.

The summer heat, humidity, and mosquitoes were relentless for Sam Johnson and his SCA crew. Still, they had a job to do: install 100 stone steps along a muddy stretch of the Appalachian Trail in central Maine. It was grueling work in the middle of nowhere. Their primary neighbors were moose and Mount Katahdin. And that, Sam says, is what made it all worthwhile.

“I really like being able to provide access to other people so they can see and experience nature in-the-moment,” the 17-year old high school senior states. “Working with like-minded people, with everybody trying as hard as you, nobody slacking off – it’s awesome!” 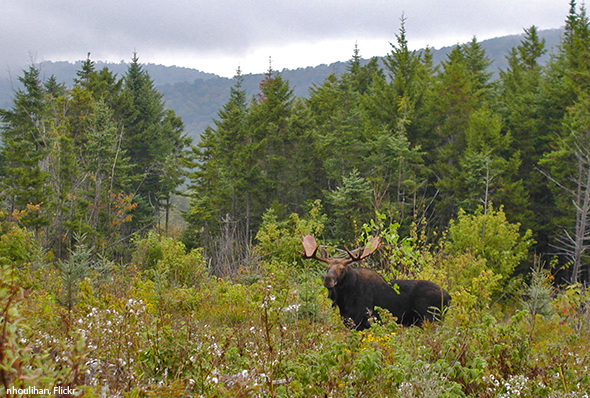 (Moose spotted in the wilderness of Maine along the Appalachian Trail.)

October 2nd marks the 50th anniversary of the National Trails System Act, and whether you hike, maintain, or manage them, our national trails are the stitching that binds the essence of America. Yet not every trail winds through wilderness. Some travel through time.

“We have night sticks, mace sprays, and photographs, of course,” Devorah says. “And while you examine these artifacts, you can look out from the Selma Interpretive Center and see the actual Edmund Pettis Bridge.” 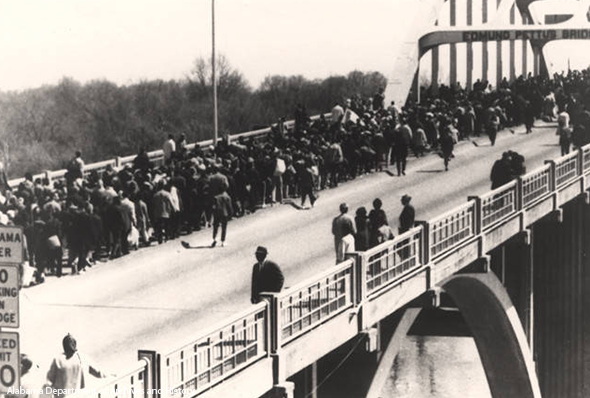 (Marchers on Edmund Pettus Bridge during the Selma to Montgomery March in 1965, courtesy of the Alabama Department of Archives and History.)

Devorah, who holds a master’s degree in Art Museum and Gallery Studies, believes the display will be “very powerful and…relevant” when it opens next year. “If we don’t learn from the past,” she notes, “the same things tend to happen again and again.”

Selma to Montgomery is one of 19 National Historic Trails. Remarkably, three of them pass through the city of Santa Fe. That’s where intern Madison Vandersee is marking the Trails Act’s 50th anniversary by literally marking the trails. In collaboration with the National Park Service, Madison is working with government entities, friends groups, and other partners to develop descriptive signage and related strategies to help raise awareness of National Historic Trails across the U.S.

To prepare for this task, the Chicago-area native walked long portions of the three local trails soon after arriving in New Mexico. Each was originally a trade route linked to indigenous people and/or early North American settlers. One, the El Camino Real de Tierra Adentro, spans as far south as Mexico City. 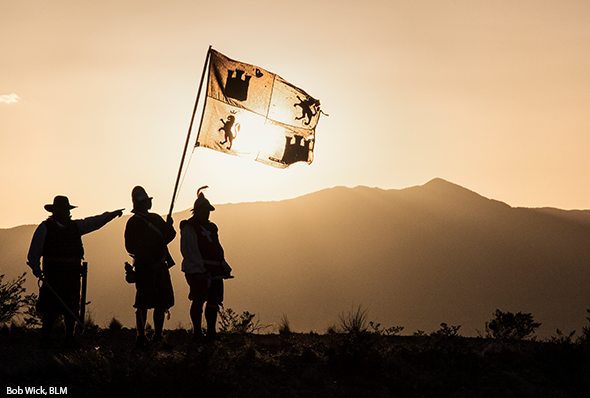 Madison feels privileged to advance people’s understanding of past practices and relationships from a base that is very much “the intersection of history, where all these cultures merged together.” In today’s political climate, however, Madison admits to some uncertainty about the trail’s cross-border future. “I’ve been thinking a lot about how we interact with other countries,” she says, “and how this trail didn’t have to deal with today’s boundaries” when it was used to exchange everything from turquoise and obsidian to cattle and wine.

No matter where her thoughts go, Madison adds, they inevitably lead to the same conclusion. “There’s always going to be this connection between us,” she says.

What do each of the trail categories established by the National Trails System Act really mean? Take a closer look, here.