Before I began my first position with Student Conservation Association as a five-month member of the Massachusetts AmeriCorps Team, I had recently graduated from college in western Pennsylvania as a music teacher and was working part-time as a lifeguard and lifeguard instructor.  I was working multiple jobs – none of which fully satisfied me.  I told my parents that I was moving to Hawley, Massachusetts to make boulders fly, build hiking trails, and live in a tent for the summer.  In those five months, I learned how to use traditional hand tools, learned basic carpentry skills, furthered my passion for emergency medicine, and learned how to minimize human impact on trails on the landscape.  I also formed an incredible bond with 24 other members from across the country who were also searching for something new.  As the summer came to an end, I decided I needed to explore more of New England and served in two more SCA positions in Vermont and New Hampshire. 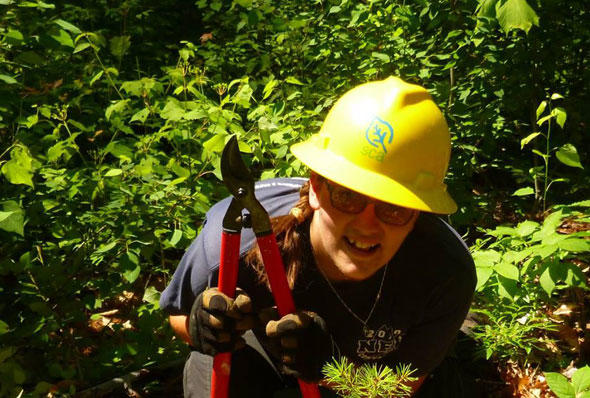 In Vermont, I lived at DAR State Park on Lake Champlain for three months, where I worked with local schools to set up curriculums teaching hands-on environmental education.  I worked with K-5th grade students in three schools and taught weekly lessons at the library.  I had the amazing opportunity to meet Liz Putnam while serving in Vermont; talking with Liz, the very caring founder of SCA, was one of the most inspiring and empowering conversations.  I explored the Green Mountains and the Adirondacks and starting dating my now husband.  Still wanting to serve and explore, I continued as a 10-month member in SCA’s  New Hampshire AmeriCorps program, where I served with my now-closest friends.  I had the opportunity to make career connections through serving for partners such as the United States Forest Service (White Mountain National Forest), The Nature Conservancy, Trout Unlimited, and various state parks.  I decided that I wanted to continue doing trail work, and I also wanted to attend graduate school in a conservation field.  I served as a Project Leader and became an SCA Conservation Work Skills Instructor before starting graduate school. 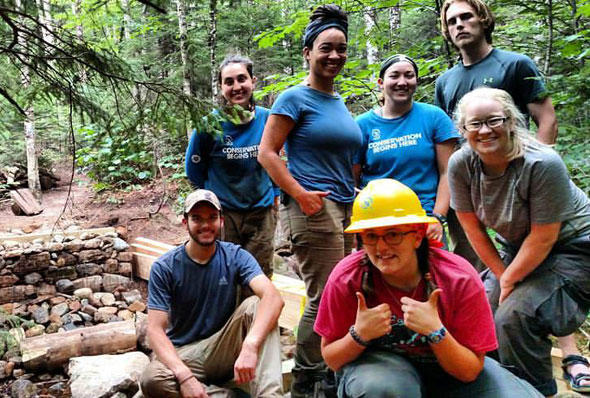 This coming August 2019,  I will graduate from Antioch University of New England with a Masters of Science and a focus in watershed management with a certificate in applied GIS analysis.  My husband and I recently bought a house in Springfield, Vermont, where we live with our dog, Luke.  If I had not decided to serve with AmeriCorps and SCA, I would not be as successful or feel as fulfilled as I do now.  Because of my service positions, I became a more outspoken leader, developed skills in a field where my undergraduate education really did not apply, and became confident in skills that will be useful throughout the rest of my life.  I am grateful for the opportunities I had to explore, learn, develop career skills, serve in a meaningful way in three different states, and build my happiest life in New England.