Liz Putnam is widely recognized as “the Mother of the American Youth Conservation Movement.” She’s received dozens of major awards, including the Presidential Citizens Medal, the nation’s second-highest civilian honor. And she’s touched the lives of thousands upon thousands of young people, who in turn have left their mark on public lands throughout the U.S.

Liz herself was a mere 20 years of age when she proposed a “student conservation corps” in her senior thesis at Vassar College. Upon graduation, she set out to implement her concept and this past year, Liz’s Student Conservation Association commemorated 60 years of “building the next generation of conservation leaders.”

Hear more about this time in Liz’s life in this bonus scene from Ken Burns’ The National Parks.

History shows that Liz Putnam has always been ahead of her time. She started the Student Conservation Association before anyone had ever heard of the Peace Corps, “Silent Spring” or Earth Day. As a young woman, she blazed her own path through a male-dominated National Park Service prior to the “Women’s Lib” movement and expanded SCA’s engagement of young people of color when much of America was seeking to deepen our racial divide.

Liz entered Vassar in 1951. A course called “Conservation of Natural Resources” made a deep impression, as did an article in Harper’s Magazine by historian Bernard DeVoto. He warned that under-funded national parks were at risk of being “loved to death” and declared they should be closed to the public until adequate resources were allocated by Congress.

DeVoto’s call prompted Liz to write her landmark thesis, in which she proposed that student volunteers could help maintain parks while gaining valuable wilderness experience. Liz’s faculty advisor encouraged her to pursue her concept – which borrowed from the Depression-era Civilian Conservation Corps – and Liz soon began to build a network of influential advisors and mentors.

Through a family connection, she met Stephen Mather, who’d helped create the National Park Service (NPS) and Mather introduced her to former NPS Director Horace Albright. Albright recommended Liz travel to four parks – Grand Teton, Olympic, Mount Rainier and Yellowstone – and gauge their interest in a volunteer corps. He even wrote her a letter of introduction. 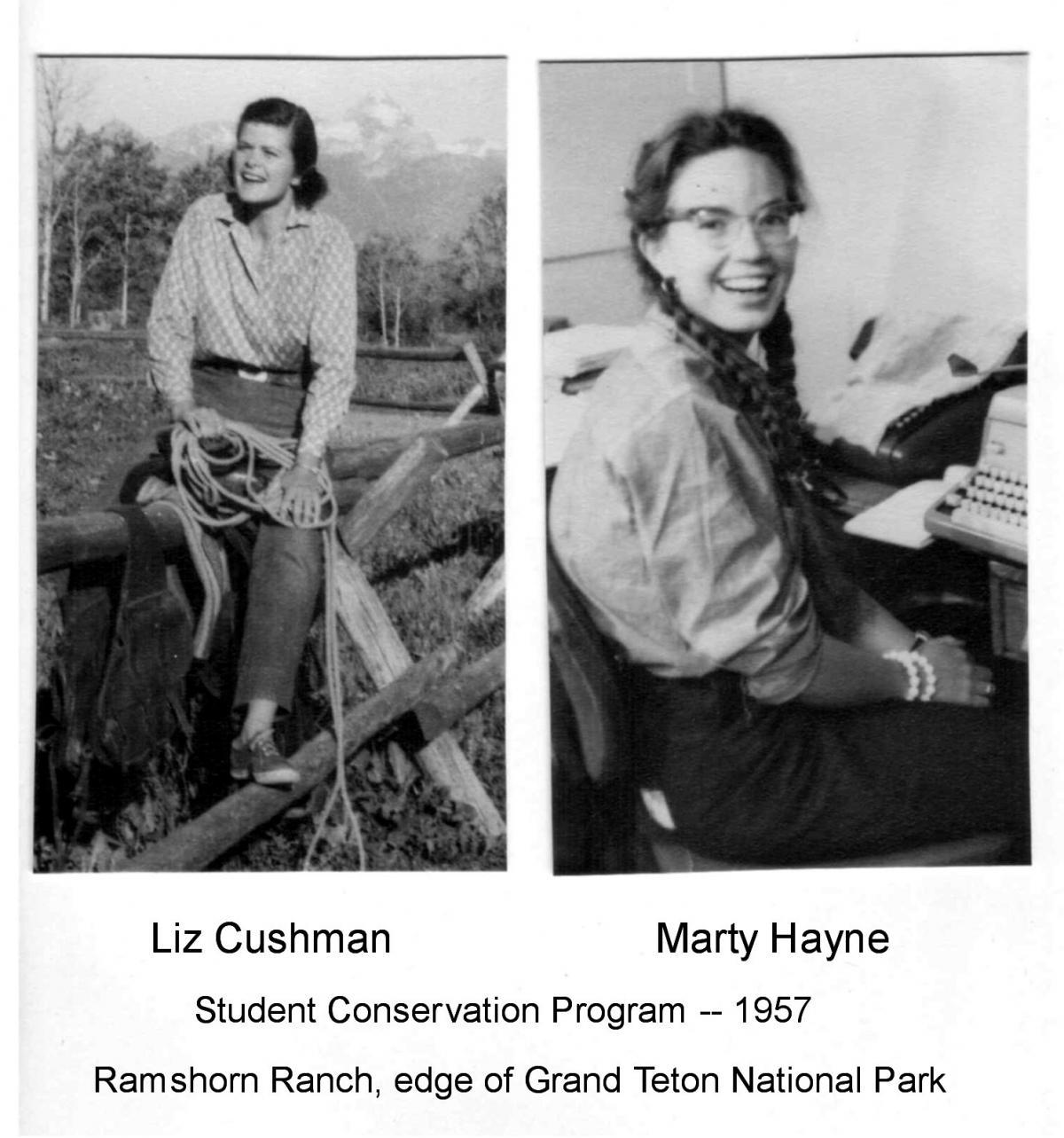 Along with fellow Vassar grad Martha “Marty” Hayne, Liz visited the parks and convinced two superintendents – at Grand Teton and Olympic – to pilot her program. The first SCA volunteers arrived at the parks in June of 1957; a total of 53 high school, college and graduate students, both young men and women – although the NPS would not permit high school girls to participate until 12 years later, contending young females were not up to the challenges of working in wilderness. Time, thankfully, has proven the flaws in this contention.

The following year, 1958, Supreme Court Justice Douglas led his famous 22-mile protest hike along the Pacific coastline of Olympic National Park to halt a proposed road project. Liz and Marty joined the march at the invitation of naturalists Olaus and Mardy Murie, who Liz had met through SCA’s programs in the Tetons. Spending days with a “Who’s Who” of conservation activists extended Liz’s network even further, lending crucial strategic and financial support to her fledging organization.

In 1964, SCA officially incorporated as a 501(c)3 nonprofit and moved into donated office space at Sagamore Hill National Historic Site, the former home of Theodore Roosevelt. Five years later, Liz handed the reigns of SCA to her trusted aid Jack Dolstad. SCA was firmly established, America’s national parks were benefitting from the extra hands they needed, and Liz’s dream was fulfilled.

Although no longer responsible for day-to-day SCA operations, Liz remained an active and inspirational figure with the organization and was called repeatedly to share her insights and accept well-deserved accolades.

In the early 1970s, Senator Henry “Scoop” Jackson was so taken by an SCA trail crew he encountered at North Cascades National Park, he filed legislation to launch a national Youth Conservation Corps and invited Liz to Washington to testify on behalf of the bill. It won Congressional approval. 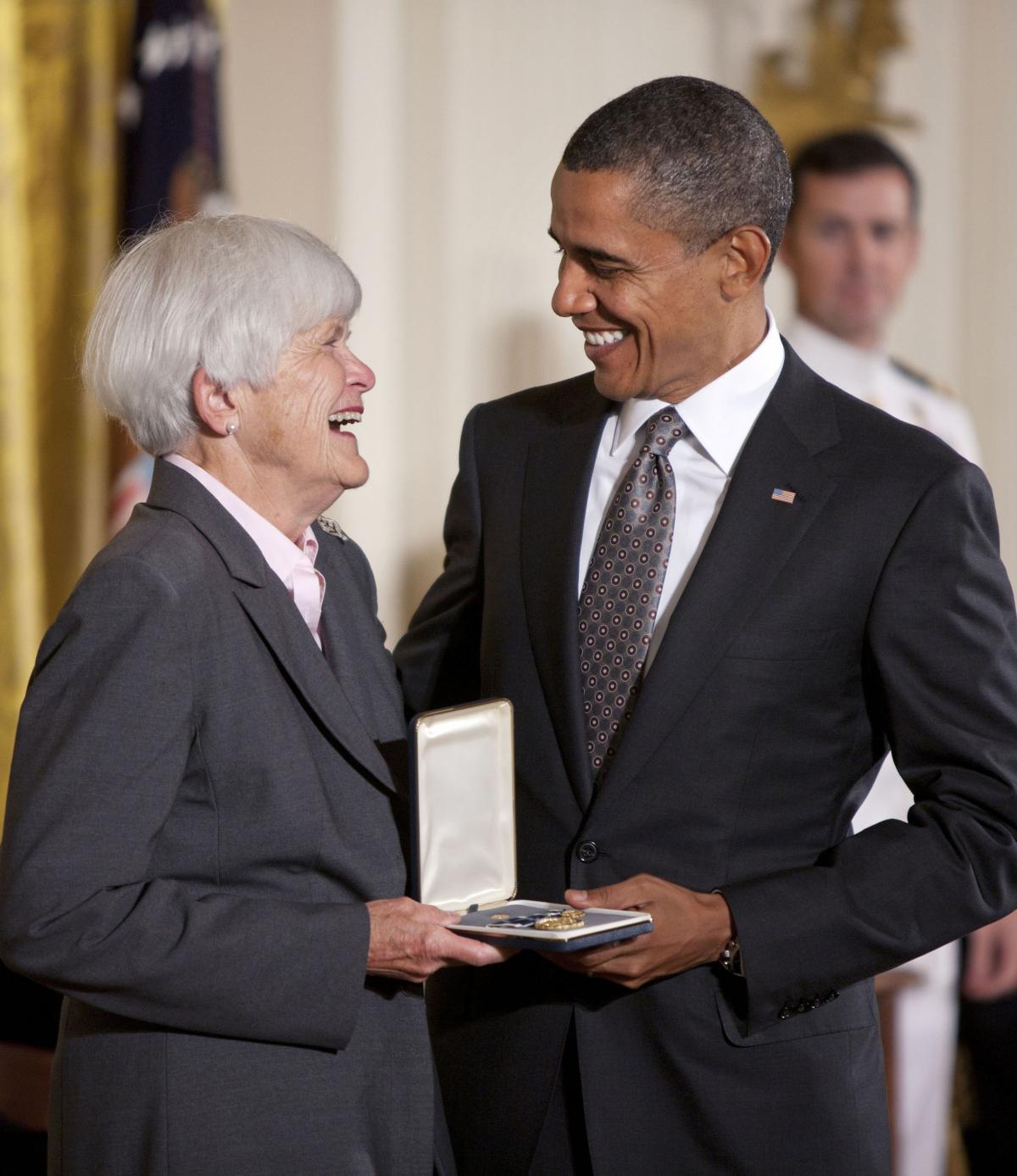 Still active as SCA’s premier ambassador and honorary director, Liz has received numerous awards for her work. In 2010, she became the first conservationist to earn the Presidential Citizens Medal, bestowed at the White House by President Barack Obama. Liz has also received the U.S. President’s Volunteer Action Award, the U.S. Department of Interior’s Conservation Achievement Award as well as the Secretary’s Commendation, The Wilderness Society’s Robert Marshall Award, the Garden Club of America’s Margaret Douglas Medal, Rachel Carson Awards from both the National Audubon Society and Chatham University, and honorary doctorates from the University of Vermont, the State University of New York School of Environmental Science and Forestry and the College of Wooster (OH). Liz has also received the Outstanding Achievement Award from the Society of Women Geographers and The Corps Network Legacy Achievement Award.

Today, Liz sees climate change as one of the world’s greatest challenges and one of her deepest concerns. As one who was called to conservation as a young adult and who has spent her left as a passionate advocate for the environment, she believes the need to care for the planet and the beings who populate it is more urgent than ever. Rising water levels, habitat losses and mounting extinctions, she says, can no longer be ignored.

Liz contends people must work together as champions for and stewards of our earth and be attentive to the use of resources while being mindful of actions that can negatively impact our planet and its finite natural resources. It is her hope that the environmental impacts she has seen in her lifetime can be reversed or mitigated for the well-being of our earth and for all who come after.

Liz remains an active community member and/or volunteer with the Arizona Sonora Desert Museum, the Garden Club of America, Merck Forest and Farmland Center, the Bennington Museum, the Vermont Youth Conservation Corps, and other non-profit organizations.