Keeping our Heads Cool in the desert!

Wheew! So it’s been awhile since I last slowed down to document the many adventures of a Fire Effects Monitoring Intern. But now I’m coming at you full speed with a new one, Central Oregon and the John Day Fossil Beds! After an eleven hour drive from good old Marblemout, WA, we pull up to our campsite with plenty of day light to spare. For the five days we working there in Oregon we could hardly complain about the weather, although it was very different than the previous places we had been to, the warm temps and afternoon showers were welcomed. 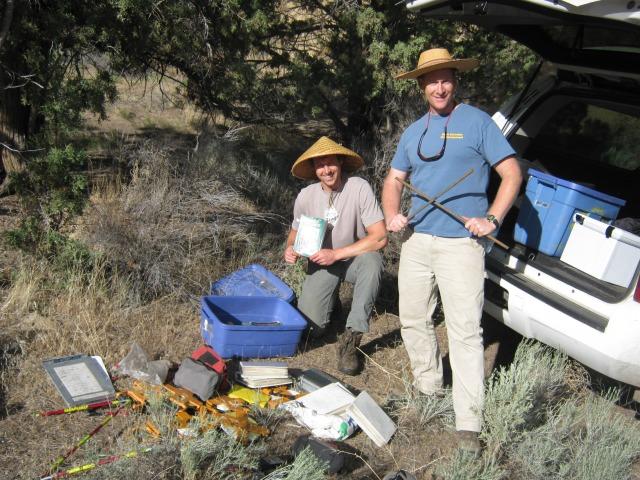 So! Work this time around required us to wear hats; the uniqueness was optional as you can see with Robbie Andrus and his rice patty hat and Cedar Drake opting for the cowboy fedora. I played it safe with a simple baseball cap. But in all seriousness the desert like environment we were working in had a lack of trees therefore a lack of shade, so keeping our heads cool in the desert was #1. 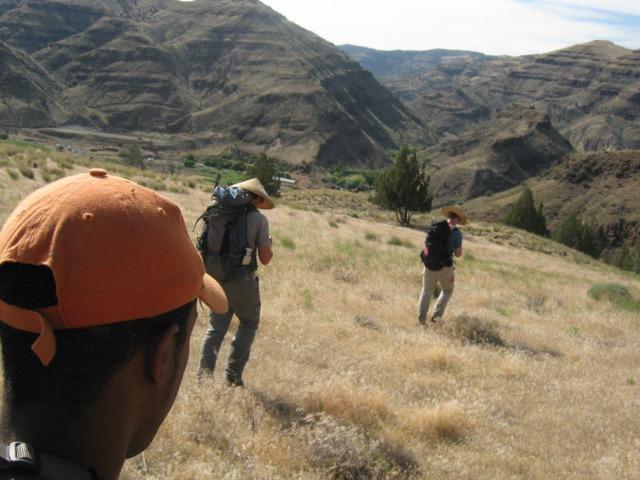 After our tail gate safety session advising one another of the possible slip, trips, falls, lightning strikes and rattlesnakes in out plots, we began hiking! Using our GPS units, once we arrive to our plot coordinates we setup the plot by running the 50 meter by 20 meter tapes. This requires some basic compass skills! 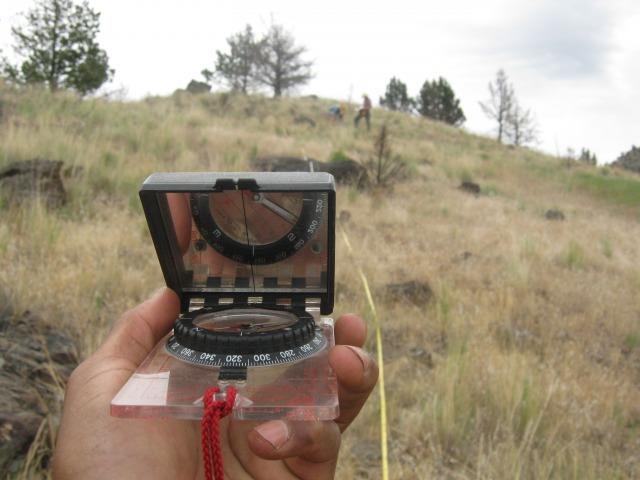 Within these 50X20 meter plots, we conduct a serious of samples that later have to be entered into the computer….. Whew I just got chills lol. The Herb line sample is a 50 meter tape where every 1/3 of a meter we measure and record the height and species of whatever touched the pole. Tedious! 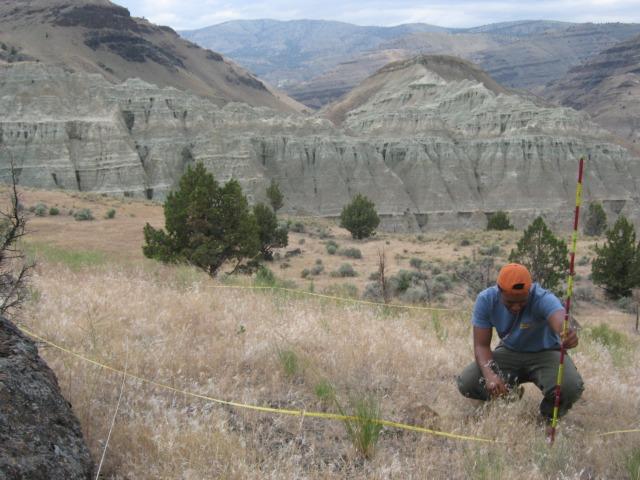 Another sample we take is tree height; this requires THE LASER… 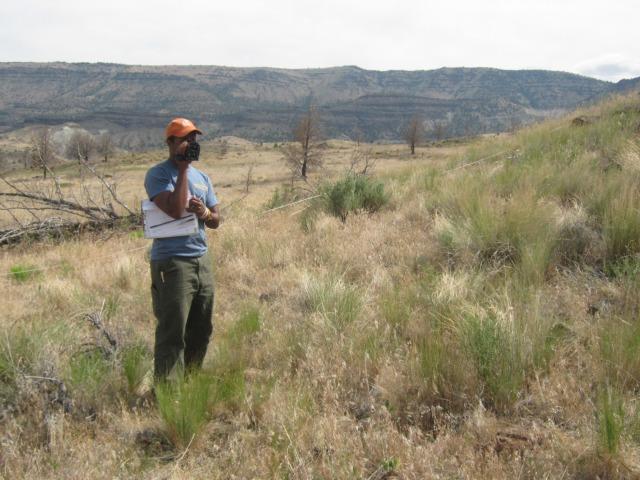 The few that are there at least! 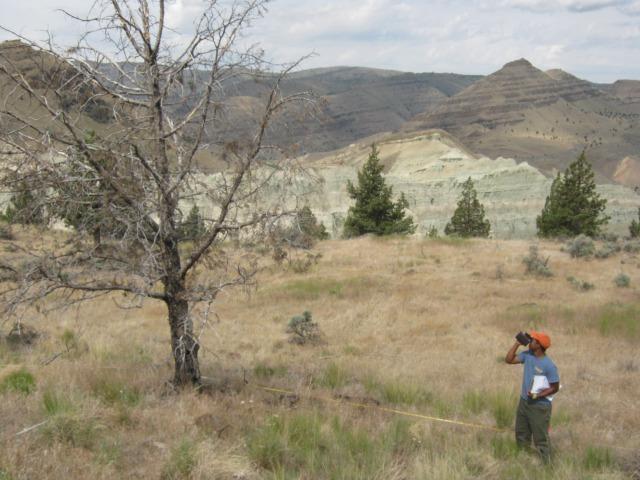 But at the end of the day, and after all the data has been collected, just as sure as the sun shines, the afternoon thunderheads roll in. This is what happened everyday for every plot we hiked to! We went home everyday content with the fact that we escaped death and lived to fight another day! You may ask, “Escaped death?” HA! Well rattle snakes are pretty scary and hiking out through thunder clouds with rebar rods sticking out of our packs is exciting haha. John Day was an awesome trip! And to top it all off you can’t visit the Fossil Beds without seeing the Painted Hills!! 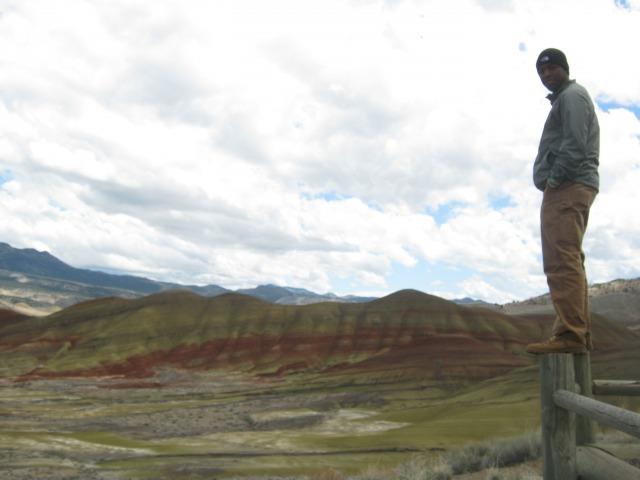 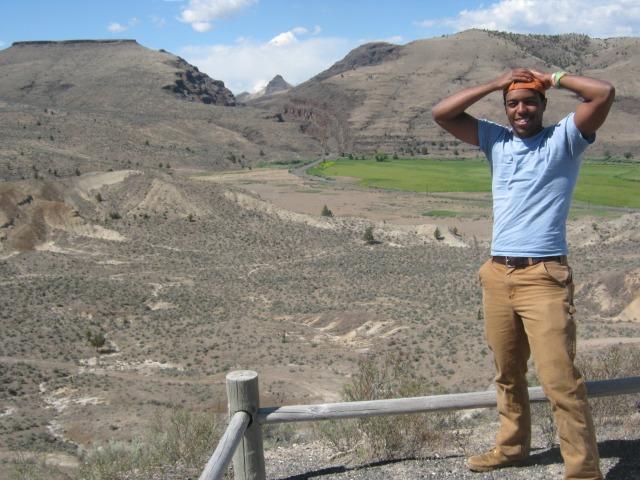 The many environments of fire effects monitoring

At first, the idea that the upcoming work week was to be spent solely in the fire office in Marblemount was kind of a drag. After all the cool places we had traveled to around the North Cascades National Park, we were going nowhere this week but back and forth between computer desks. The truth is, with every day my crew and I spend in the field collecting data, it’s another day we have to spend in the office doing data entry and crunching those numbers. 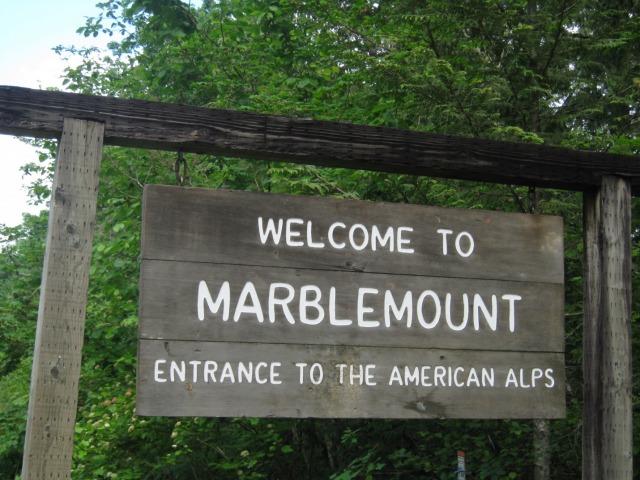 Sitting at my temporary desk inside the fire office surrounded by dozens of folders of data taken from the two previous trips, I came to the conclusion that this might not be so bad. As a Fire Effects Monitoring crew member, our job is to go out in the field and collect data on different plot locations. This information ranges and can be different for specific environments. 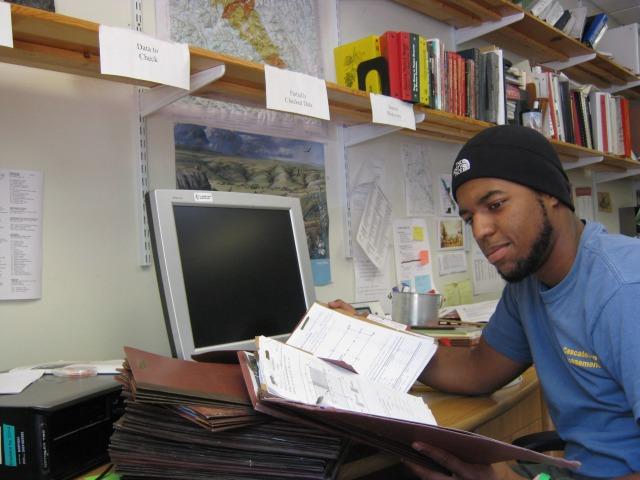 The most common data we collect is on the fuel load on the ground, this is a measure of how much combustible material, like leaves and straw, is on the ground and can carry a flame. In addition to that, we maintain a database of all tagged trees in the area and a list of every living plant species in the plot. All of our plots are 50 by 20 meters and are generated at random by computer. 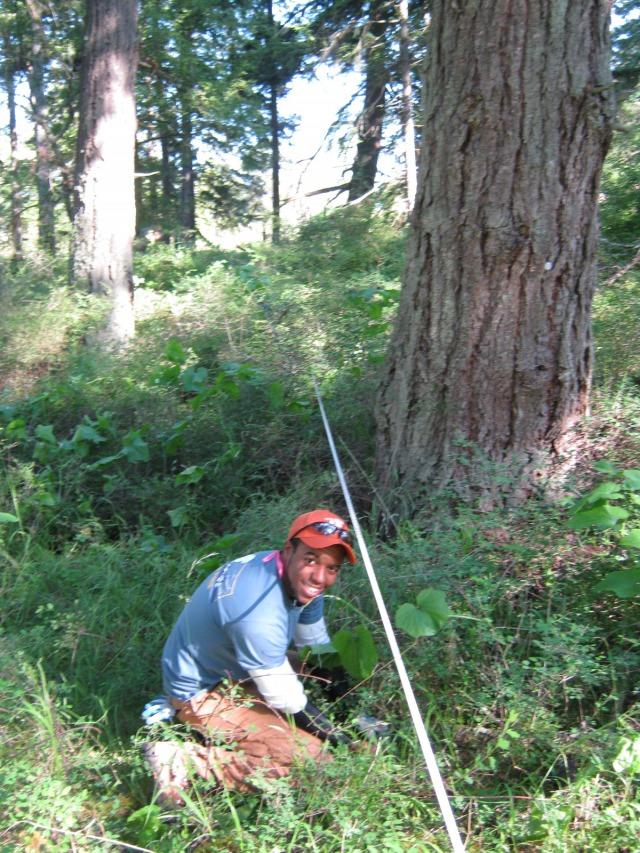 The first round of date that needed to be entered into the system came from Eastern Washington Lake Roosevelt which is a National Recreation area. Eastern Washington is a much drier environment compared to Western Washington where it is normal for parts of the state to receive several rain weeks in a row. I have to say, coming from the south I’ve come to enjoy this type of weather because the air is much drier with barley any humidity. Back home in North Carolina I’m sure I would have melted be now! The second data collection trip we took was to the Far East, to the San Juan Islands off the coast of Washington and Vancouver BC. We had to take a ferry out of Anacortes to Friday Harbor to get there; this was especially exciting for me because I had never ridden a ferry before! 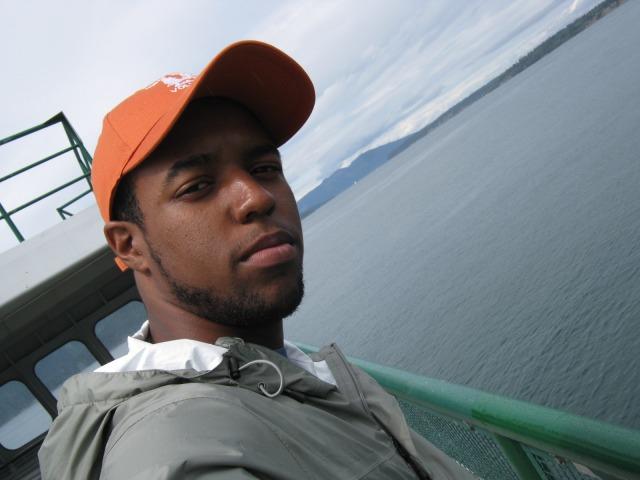 Here on the island the vegetation was much more dense and diverse. This area was totally different from the last trip we took seeing that the islands had received far more rain than most parts of the state. Punching in the numbers from all the places we had been while thinking of amazing locations I’d been really made me feel fortunate. Not many people get to visit such diverse environments from lush and fertile to dry and barren. In the end, this week in the office was much needed, I got the opportunity to do a little reflecting on the places we have gone and the sights we had seen. And for every number I punch in, each one helps recreate that specific landscape once more in my mind. Now maybe I’ve been sitting here too long or maybe I should switch to decaf but either way data entry isn’t as bad as I thought…it’s just about become a new environment in itself.