When Jennifer Hartman applied for her first SCA internship in 2006, she was a freshly graduated English major looking for a quick “outdoorsy” adventure before she found a real job. By her third SCA internship in 2009, her career plans had entirely changed. Today, she’s a Spotted Owl Biologist with Conservation Canines, a nonprofit project at the University of Washington that trains rescued shelter dogs to track endangered species. With the help of her highly trained four-legged sidekicks, she explores remote wildlife habitats and studies threatened and endangered species right where they live. We caught her for an interview this summer, right before she departs for South Africa to survey for cheetahs, lions, leopards, and wild dogs with a conservation canine named Scooby.

College: University of Colorado at Boulder

What’s the coolest thing about being a Spotted Owl Biologist? The coolest thing about being a Spotted Owl biologist is that moment when I first find an unmarked owl in the forest. They look at you quizzically as if to say, who are you? Why are you here? Afterwards, when I settle down to make observations, they fall asleep and otherwise ignore me. I love the time I get to spend observing them and writing notes on their behavior in this, their most private sanctuary. I’ve seen owls drop to the forest floor and sip water out of a nearby stream, I’ve seen them spread their wings on the ground in a patch of sun, airing out and relaxing, I’ve seen them tenderly preen a mate, or give prey to a wobbly, fluffy juvenile. That’s why it’s so cool. It’s a very intimate, quiet and other worldly experience.

What’s the most satisfying aspect of working for Conservation Canines? The relationships I form with the dogs I work with are the most satisfying aspect of working for Conservation Canines. All of our dogs are rescue dogs, adopted from shelters. Some were literally at death’s door. They are the crazy of the crazy and have so much energy that most dog owners can’t keep them in a normal home situation. Our dogs need to run, to have a job, and to play ball. When we first get our dogs they haven’t ever bonded with a person, so they don’t know how to trust. Slowly over time I see them blossom into their true selves. They love their job so much. Their joy is infectious and in the end they teach me more than I teach them: about patience, love, trust, joy, and hard work. 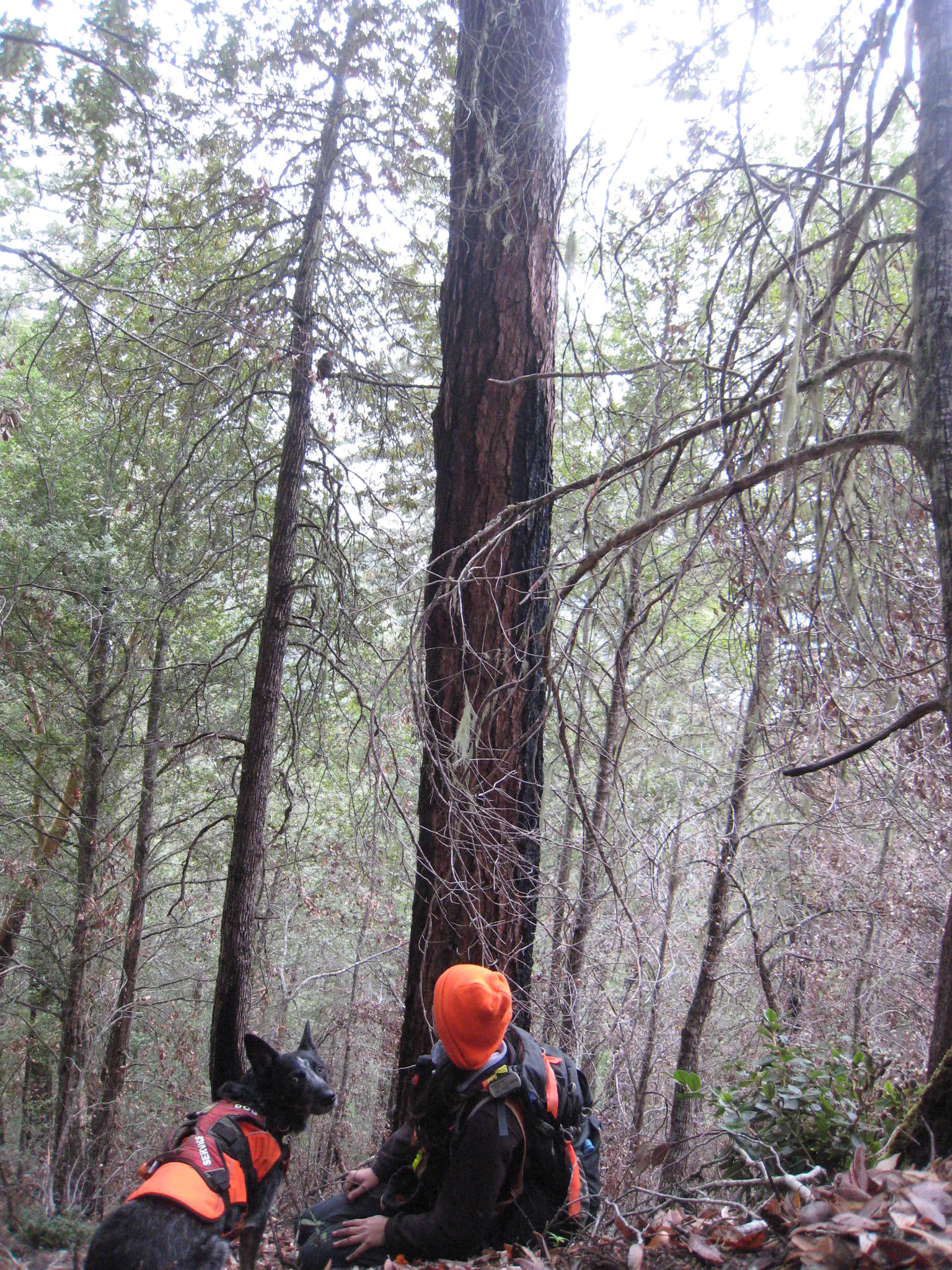 The most far-flung adventure my job has ever taken me on was to the remote jungles of eastern Cambodia. We partnered with the World Wildlife Fund on their Tiger Initiative project. I worked with Scooby, a ball-obsessed black lab, to survey for tigers as well as the illusive leopard and dhole (wild dog). The entire experience was incredible, and I remember thinking: How did I get lucky enough to be here?? We slept in hammocks (as did the dogs!), shared our camp with elephants, and ate ants in our soup (they provided extra crunch- yum!).

The most pivotal moment though, was a few years before that. It was the moment when I combined my passion for finding spotted owls (which I first learned how to do as an SCA intern) with working with a dog to locate their pellets. It was the breakthrough moment in my wildlife career when I realized it worked. I had been surveying for owls using the standard method (playing recorded calls from ridge tops, driving all night to specific call points where frequently we would not hear a thing). I’d look at the forest below and I just knew there were owls in there, being quiet. When I first worked my dog Max, a blue heeler mix, in the forests that I had begun to think of as my backyard, all of a sudden I was seeing things I never saw before and picking up on clues that he led me to see. A feather here, whitewash here, a secret drainage with beautiful old growth over there. And the day when Max found a family of four owls just by using his nose I knew I had learned of a powerful and important method in which to locate them. It was all non-invasive, meaning I never had to call for the owls, potentially attracting unwanted attention, or capture them, because much of the necessary data could be gleaned from the pellets Max found. I was hooked. 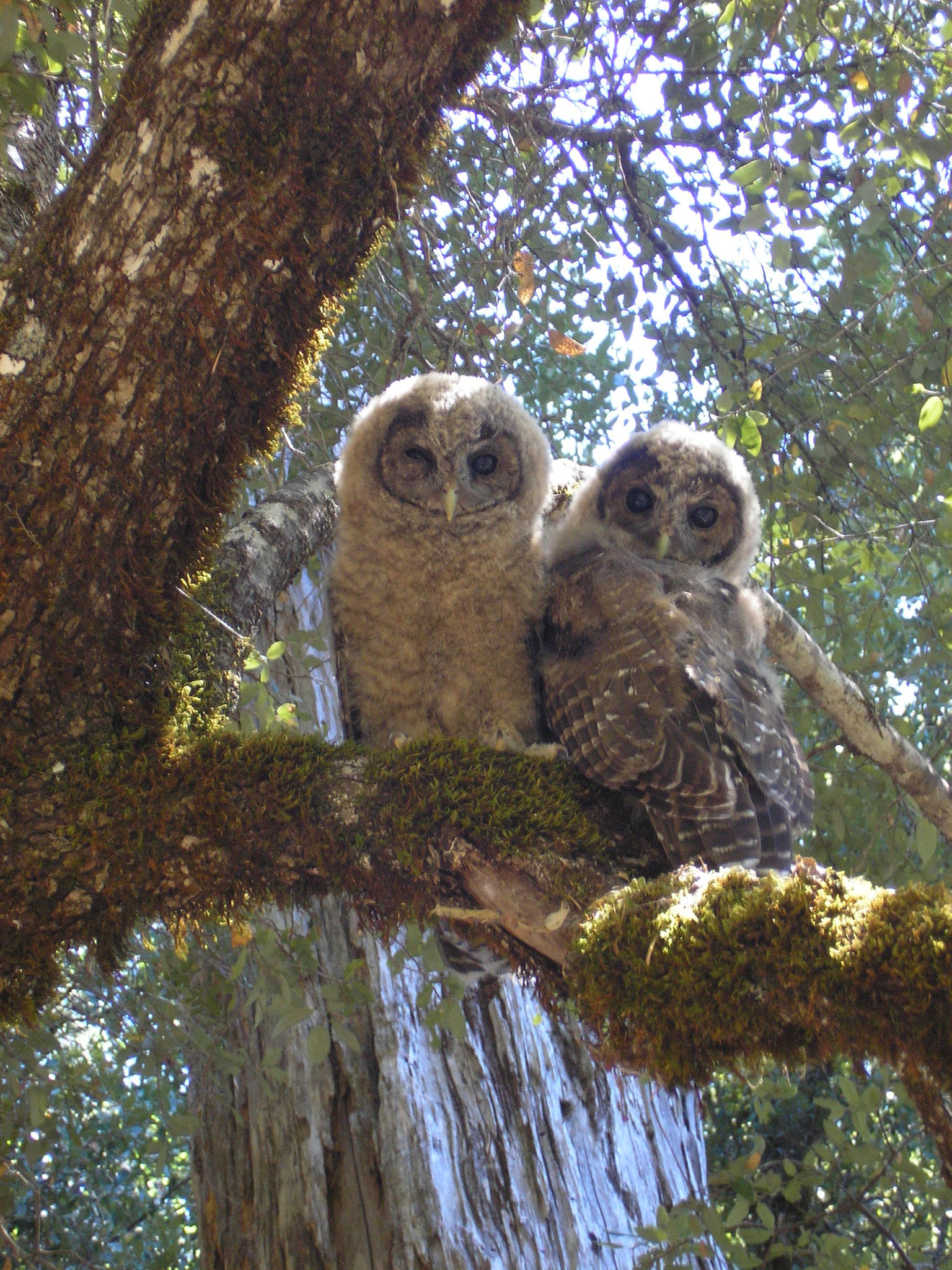 How did SCA impact your life and career? SCA impacted my life and career by completely changing its trajectory. I am an English Literature major. I decided to do an “outdoorsy” internship right out of college in order to explore a little before I settled into a “real” job. Since the summer I became an SCA volunteer my life has irrevocably changed. I am headed to South Africa in a few days with Scooby to survey for cheetah, lion, wild dog and leopard. Africa has been a dream of mine since I was very little, when I first read about the ground-breaking conservation work biologists like Jane Goodall and Diane Fossey did. Never did I think I would have the opportunities that I now have, especially being an English Lit major. SCA has made ALL the difference in the world to my life!

Which of today’s conservation challenges are you most concerned about? Why? The biggest challenge for me as a wildlife biologist and conservationist is how do I translate the goals and efforts of conservation to a wider audience, in order to make a broad impact? In other words, why should people care about owls, or sea turtles or polar bears for that matter? In the world of conservation, goals are long term and there may not be enough tangible results for a person who is not a biologist to physically see. It is up to the biologists and scientists to find a way to communicate why it is important to care about conservation efforts. Researching the spotted owl is just one way to learn how we can preserve what is both beautiful and necessary for the benefit of future generations. I’d like to be able to correlate the data I collect in the forest to persons living elsewhere, in a manner that helps them feel the validity of the world’s environmental concerns.