On Alaska’s North Slope this summer, a team of SCA interns spent long days trapping rodents, documenting plant diversity, and collecting soil and water samples. Working conditions were often extreme. Despite 24-hour daylight, summer temperatures could dip below freezing. One day the sky might be filled with wind-whipped rain, the next with voracious mosquitoes.

The project was performed in coordination with the National Ecological Observatory Network (NEON) to collect a broad range of data so scientists, land managers, and policy makers may better understand the impact of the planet’s changing climate. Intern Samuel de Garis of Brooklyn was grateful for the experience as he contemplates numerous environmental career tracks.

“I view conservation as a way of life,” Samuel said, “not only to be practiced when you’re out in a national park or another type of wilderness but every day in your home, as the two places are not as disconnected as one might think.” 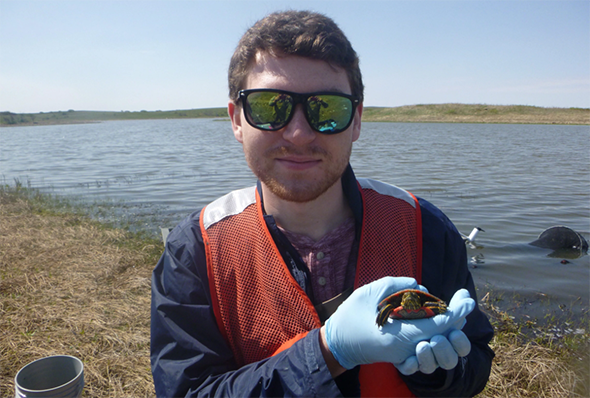 NEON is on a 30-year, continent-wide quest to provide stakeholders with consistent infrastructure and methodologies as they relate to climate change, land use change and invasive species. The organization routinely employs aircraft surveillance and high-tech sensors to collect data but on-the-ground technicians are central to their efforts, and 24 interns will have served this year in Alaska, California’s Sierra Nevada region, and in Kansas, Nebraska, and North Dakota.

“It is not an overstatement to say that we are a critical component of NEON’s operations,” stated Grayson Jordan (above), an SCA intern assigned to Chase Lake National Wildlife Refuge, west of Bismarck, ND.

Grayson, who recently earned a degree in Environmental Economics and Management from the University of Georgia, has a hand in virtually every aspect of the studies at Chase Lake, and is confident the many roles he filled will only accelerate his professional advancement.

“On field days, I might be out collecting data for mosquitos, ground beetles, and ticks,” he noted. “On days in the office, there’s lab work, prep work for future protocols, and data entry. To be a piece of such ambitious and unique research is extremely rewarding and truly makes me feel as though I am doing my part in the scientific community.”

Through the NEON partnership, SCA is not only adding to important research – we are further engaging future leaders in developing climate change solutions. “It is the perfect mixture of adventure and scientific research!” said a buoyant Grayson. 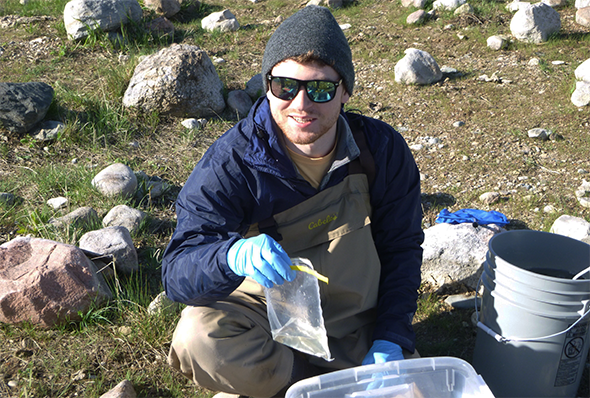