Google will tell you that 2,961 miles lay between Glacier Bay National Park and Seal Cove, Maine, but it will not give you directions from one to the other. Remarkably, this lack of Googleable routes did not prevent a 3,729 lb whale skeleton from making the journey twice, West to East in 2012, East to West in 2014. The skeleton, housed within the living, breathing body of a humpback whale named “Snow” until she was struck by a cruise ship in 2001, made the trip so that it could be cleaned and articulated by Maine-based whalebone articulation expert Dan DenDanto, then returned to Alaska for permanent display at Glacier Bay. 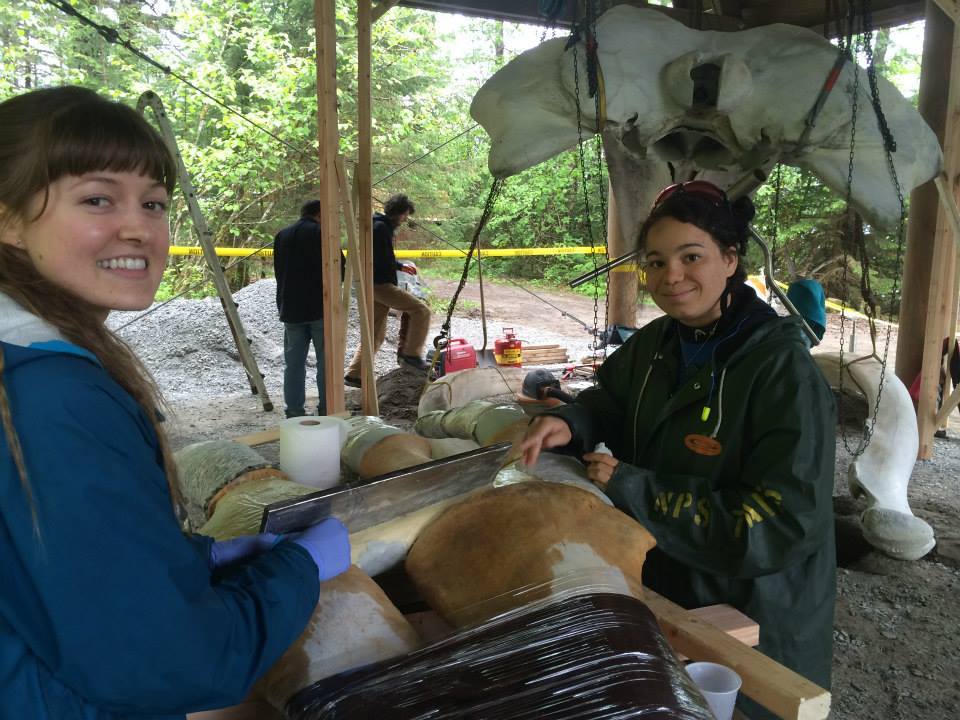 SCA members Jasmine-Marie Jones and Alisha Marshall, currently serving at the park, got to help unpack and reassemble the bones, giving them, at ages 23 and 23 respectively, indisputable bragging rights over everyone they know from now until forever.

The bones and their new, semi-outdoor enclosure will be unveiled to the public later today. For an ultra-detailed account of all of the above, check out Glacier Bay National Park’s blog.