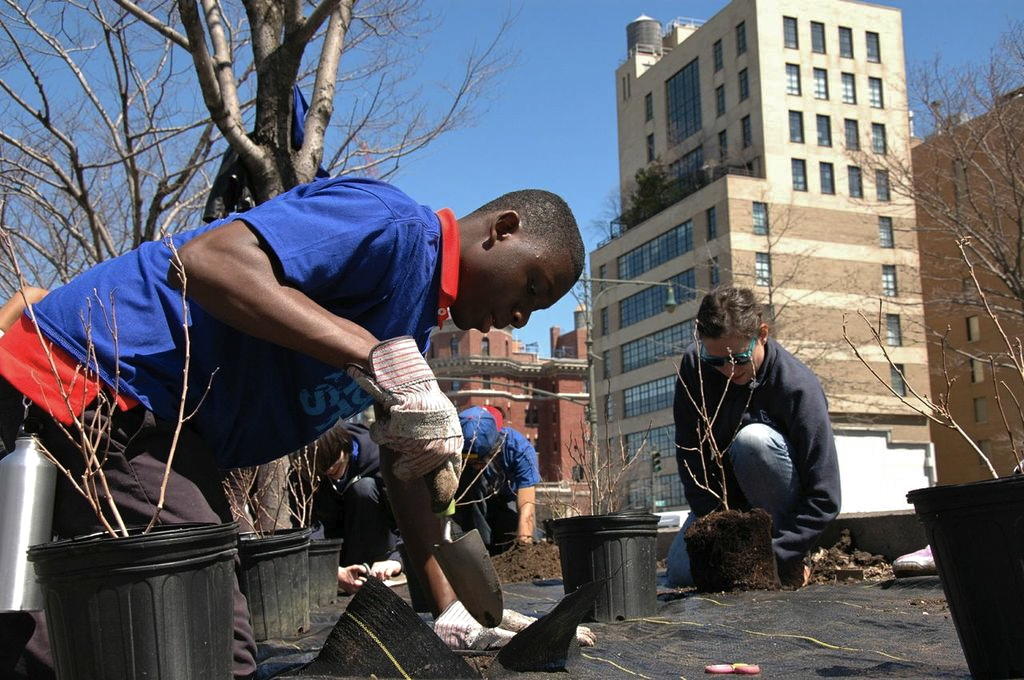 Hudson River Park is the longest waterfront park in the United States, stretching four miles along Manhattan’s West Side from W. 59th Street to Battery Place. It is also home to the Hudson River Greenway, the busiest bikeway in the country. SCA AmeriCorps members serve at Hudson River Park each year, helping to introduce park visitors to the natural resources of the Hudson River.

For the second consecutive year, SCA and the Hudson River Park Trust teamed up to celebrate Earth Day through service to the park. Over 200 SCA volunteers came together to plant 2000 seedlings along the Hudson River Greenway, mulching, raking, and weeding to get the Greenway and the Habitat Garden ready for spring. During Hurricane Sandy, the greenway was submerged under four feet of water — and helped to absorb the storm surge that would otherwise have done additional damage to buildings on the West Side. With this weekend’s project, the long-neglected buffer zone between the greenway and the West Side Highway got a facelift.

“We want to get both sides of the Greenway looking green again for the thousands of runners, bikers, and other visitors who use the park every day,” said Carrie Roble, Director of Environmental Education and Stewardship at HRPT. “We’re thrilled to have SCA’s help!” 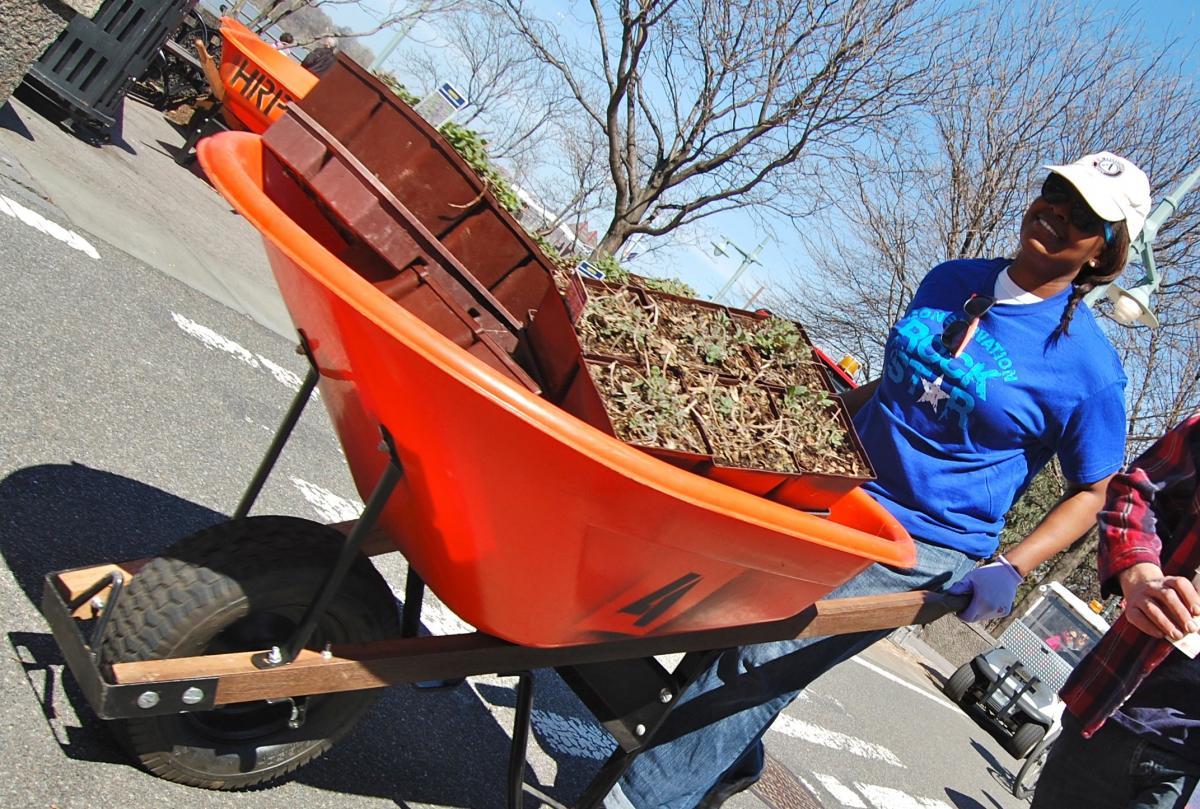 Park visitors noticed and appreciated the transformation. Many stopped to congratulate volunteers on their efforts, and some even pitched in on the spot. Remi Coker, who runs in the park several times a week, saw SCA volunteers at work and decided to join the ranks. “I figure, it’s a beautiful day, and what better way to spend it?” she said, slipping on a blue Earth Day shirt and grabbing a shovel. 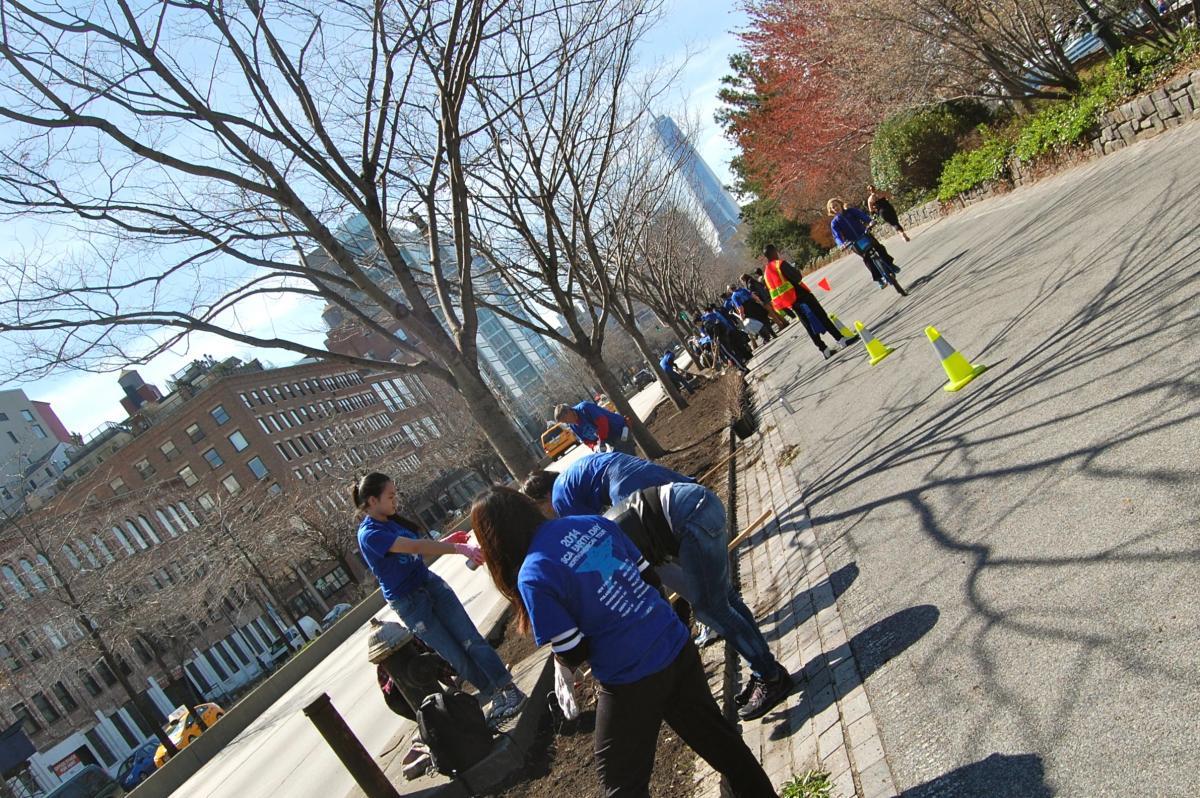 With such an army of young people at work, the press took notice too. The event garnered live coverage from NY1, NET TV, and Sinovision.

By lunchtime, all 2000 seedlings were planted and volunteers met up to enjoy a well-earned meal generously provided by GRK Fresh, whose employees also took part in the event. After lunch, many participants chose to stay on the waterfront and continue to explore the park.

“This is my passion,” said Jane Chan, leader of the student Earth Club at St. John’s University in Queens. “I really love helping the environment… and I really want to inspire others to do the same, on Earth Day and all through the year.” 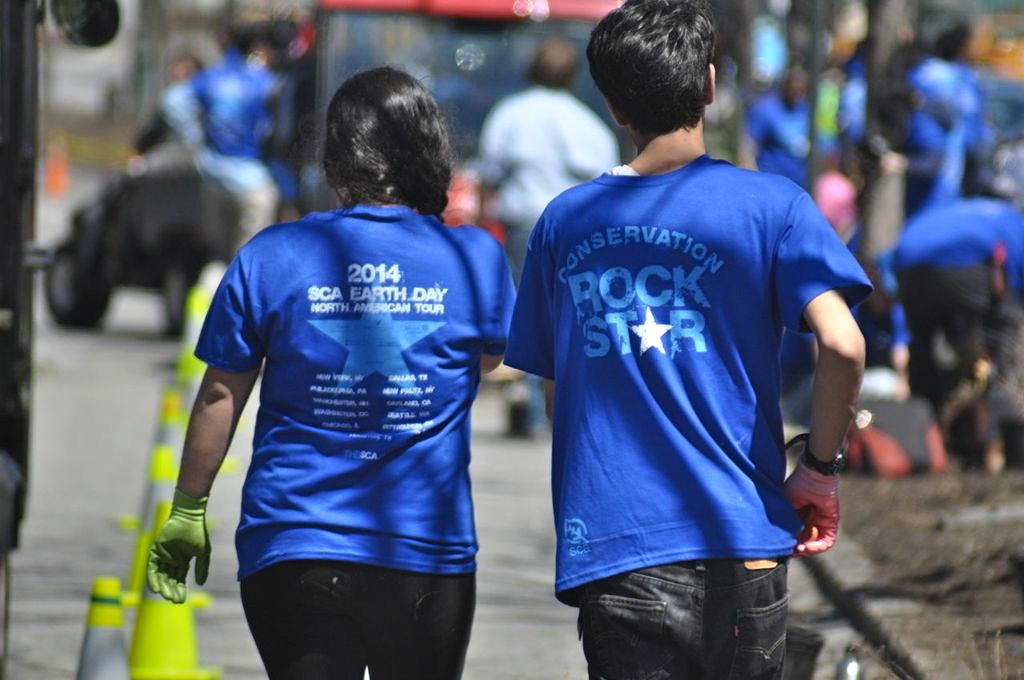 “I love this!” said Bennett Kosma, a high school student at Bergen County Academies in New Jersey. “This was my first time volunteering with SCA, but I can’t wait to come back next month and do it again!”

As part of the ConSERVE NYC initiative, SCA hosts public service events each month to engage the conservation community and build resiliency in New York City’s public lands. Register now for the next event on Saturday, May 10th at Floyd Bennett Field in Brooklyn.