In the most famous passage of the Wilderness Act, writer Howard Zahniser defines wilderness beautifully and concisely: “A wilderness, in contrast with those areas where man and his own works dominate the landscape, is hereby recognized as an area where the earth and its community of life are untrammeled by man, where man himself is a visitor who does not remain.” As my crewmates and I work to prepare Great Swamp National Wildlife Refuge to host the Wilderness Act’s 50th birthday party–which will include a visit from the public lands manager to all public lands managers, Secretary of the Interior Sally Jewell–we’re finding Zahniser’s words to be astonishingly accurate. 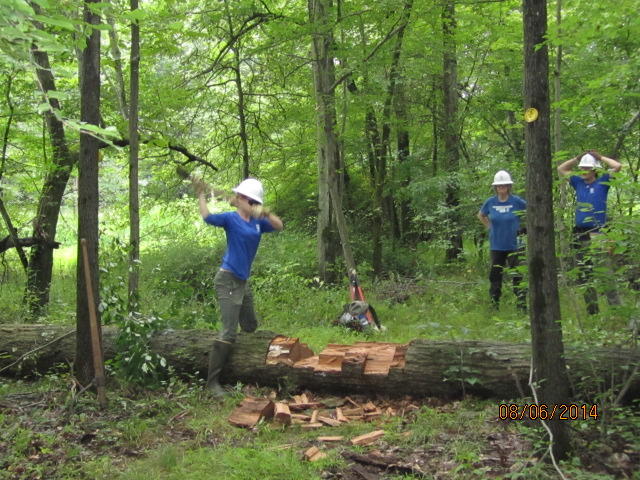 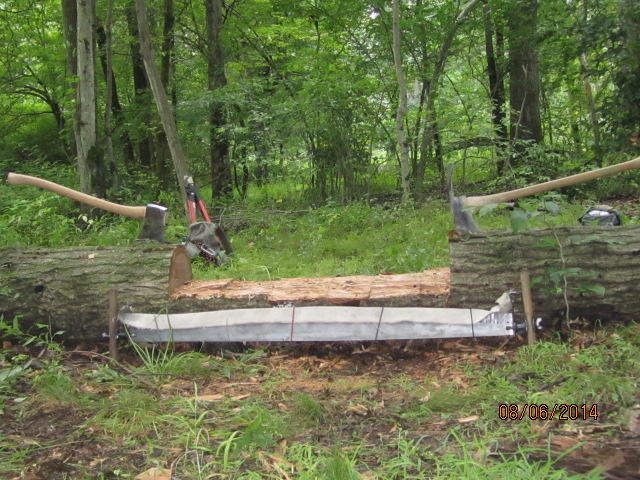 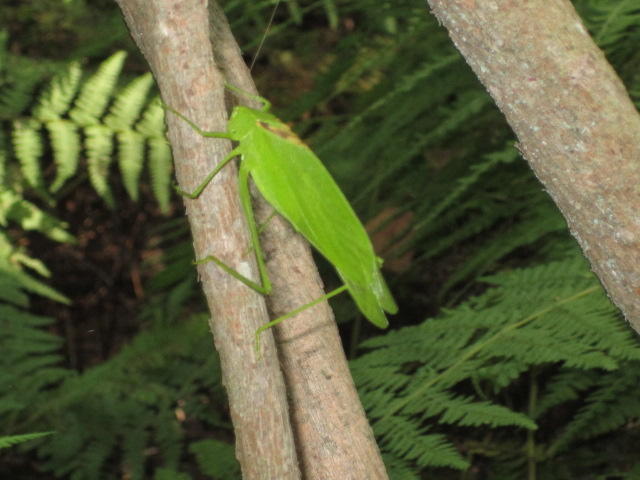 Over the course of our efforts, the Great Swamp’s untrammeled community of life has been on impressive display. Yesterday we saw a juvenile bald eagle first thing in the morning, followed by a native praying mantis. As the day progressed and some dead and dangerously inclined trees were felled, the crew and I came across dragonflies, and a katydid (Tettigoniidae: a bug that to me looks like a cross between a grasshopper and a preying mantis). While we chopped apart an all day blowdown, Ed, strangely, found a spotted turtle… odd since our worksite was a considerable distance from water.

On the way back to the car the crew spotted a large bird in the woods. We couldn’t quite identify it, but the wingspan was large enough for it to have been a hawk. Early this morning, a gray catbird observed us stretching from its nearby perch. “Meow, meow!”  After lunch we spotted a little goldfinch eyeing a puddle to make his birdbath

The highlight of the day came when we finally ID’d some mysterious insects that have had us perplexed from day one. Over the last 10 days we’ve been referring to them as, “insane white fluffy wiggling ants who excessively twerk.” Our homespun theory was that the large clusters of white fluffy insects that we were finding on select beech tree branches were ants infected with a neurological virus that compelled them to become twerking fiends! The virus, we wildly hypothesized, would cause the ants to climb to the tops of trees, grow a generous layer of white fuzz, and wave their rear ends about frantically. This, we thought, was the virus’s way of spreading from one host to the next. As the bugs waggled about (technical term), birds would be attracted by the action, eating the infected insects and transferring the virus. How wrong we were… After a quick google search in the park office, we found images and videos captioned with “wooly aphid (boogie woogie)” and positively identified our insects. Wooly Aphids! 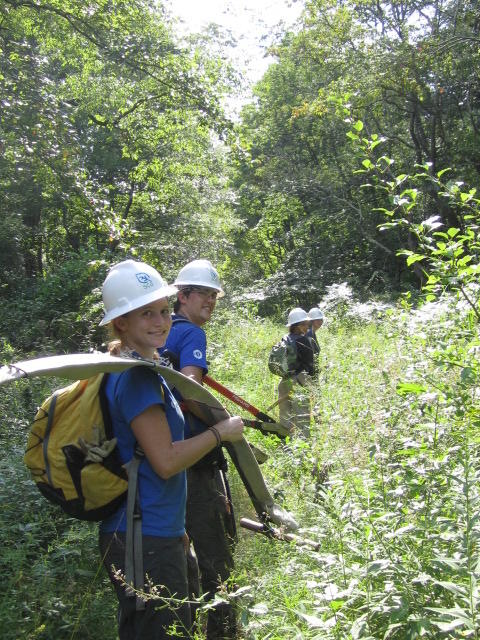 The refuge administrative assistant, Jerfelis Pimentel, has recently been telling us about recurrent bear sightings in the vicinity. Within the hour, as we scouted the Refuge’s orange trail, we spotted some berry-filled bear droppings. Nearby, sighting a patch of flattened grasses right off trail, we imagined a bear or two lazily snoozing away their afternoon in the sun. On the same trail I spotted some golf-ball-sized prickly nuts on a large tree. Ellen was excited because she was pretty sure they were chestnuts, a rare find. Indeed, these were the fruit of an American Chestnut tree. Also among the day’s nature finds were owl pellets containing mouse bones and fur. We haven’t sighted any owls yet, but their pellets maintain our hope that we may find one before the end of our labors. 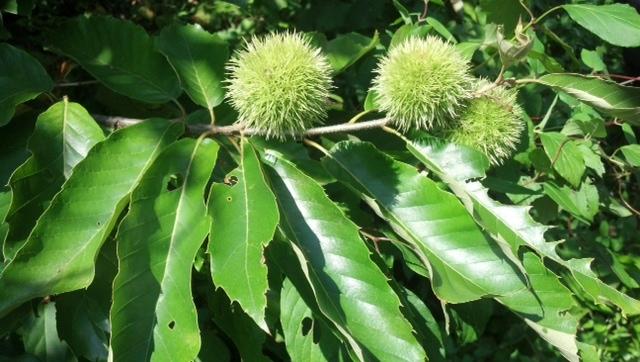 For me, the week’s biggest struggle has been poison ivy. Until my crew in Jersey City earlier this summer, I had never had any reaction to poison ivy despite my being exposed to it countless times. Last month, though, I experienced my first poison ivy rash. It was on my neck and it was exactly what I imagined it would be. After slathering on calamine lotion, I found sweet relief and swore to protect myself from future outbreaks. Easier said than done. Poison ivy is rampant at the refuge, especially on the north side. As much as I would love to chop it all out of existence, poison ivy is a native plant essential to the stability of the ecosystem, and a highly nutritious source of food for migrating birds. Its shiny, noxious leaves are rightly at home in a wilderness area “where man himself is a visitor who does not remain.” The bear droppings we saw earlier were possible testament to the plant’s spot in the great chain: could those berries have belonged to poison ivy? As I write this, my ankle is bubbling, raw, and irritated from its exposure to this hostile bit of foliage. I securely bandaged the area to keep it from rubbing against my boots, and tomorrow we plan to sport full Tyvek bodysuits for a poison ivy day. In one foul swoop we will tackle all the ivy that’s creeped onto footpaths so that future visitors who rightly stick to the trails will not end up with an ankle situation like my own. I keep telling myself I’m taking one for the team.

We are halfway through week two and looking forward to next week’s celebration. We still have plenty to take care of before this week is over, and plenty more still to get this place in shape for a visit from Secretary Sally Jewell herself. It will be quite an honor when she joins us on the trail, and we want to make sure she’s impressed with what’s already done when she arrives.

Our time here at The Great Swamp is, sadly, half over, but my crewmates and I, always optimistic, are looking at it more as “we still have half a crew to do.”