The tag on my hammock reads “Step 1 Relax.” There are no other steps; it’s a succinct instruction.<p>And a decent one to keep in mind at work—not just trail work, all work. All not work, too, in fact.

On our hitch at Mt. Greylock, John takes deep breaths between sips of this morning’s coffee. He has an interview at 5 PM.

Maya walks up to our lean-to and frowns from underneath the beetling hood of her rain jacket. She’s been singing by her tent in voluminous eruptions against the spattering rain. “I can’t control my vibrato,” she says, “I suck.”

Mt. Greylock is the highest mountain in Massachusetts. Its 3,491 feet high, with an 80-foot granite tower erected at the summit. A plaque inscribed with a Henry David Thoreau poem sits propped beside the New England stonewall entrance. It’s about Greylock, and says something about watching a tower appear out of an “ocean of mist” at dawn. I wonder if it is the same tower. It would be remarkable if they had built two towers. 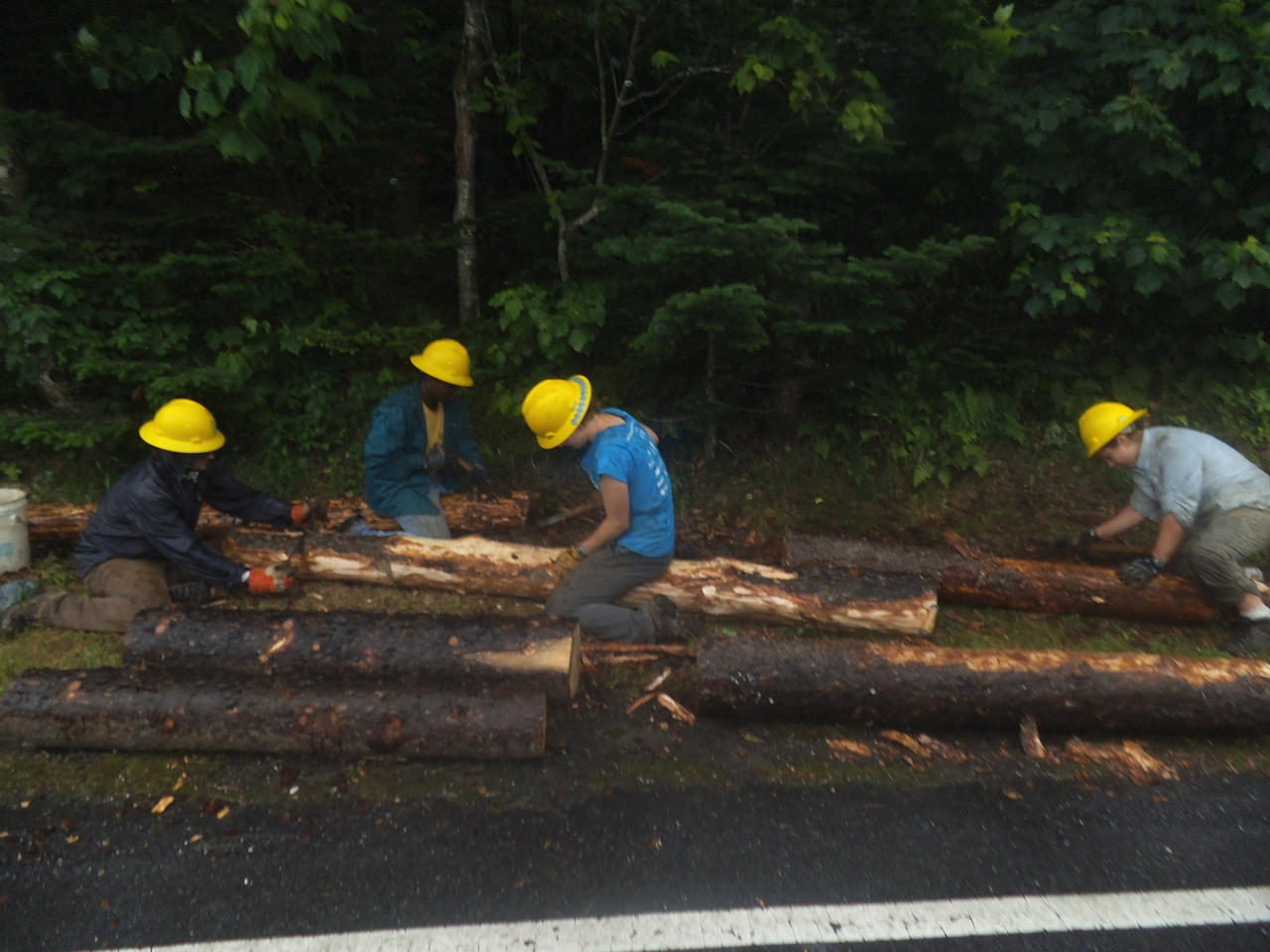 Our moment of relaxation did not signify a complacent work ethic. We finished the proposed projects three days early, then put grins on our site contacts’ faces when we asked for more to do. It’s more along the lines of returning that same grin at the direction to build a retaining wall in a gully of bedrock, of cursing—just a little—when you smash your fingers building said wall, of collapsing in maudlin defeat after cursing, and of joining in the laughter of your crew after the act.

Last night we watched a rainbow sprout from the sky at the finest scenic overlook in the state. We all agreed, “and we barely got any rain.” 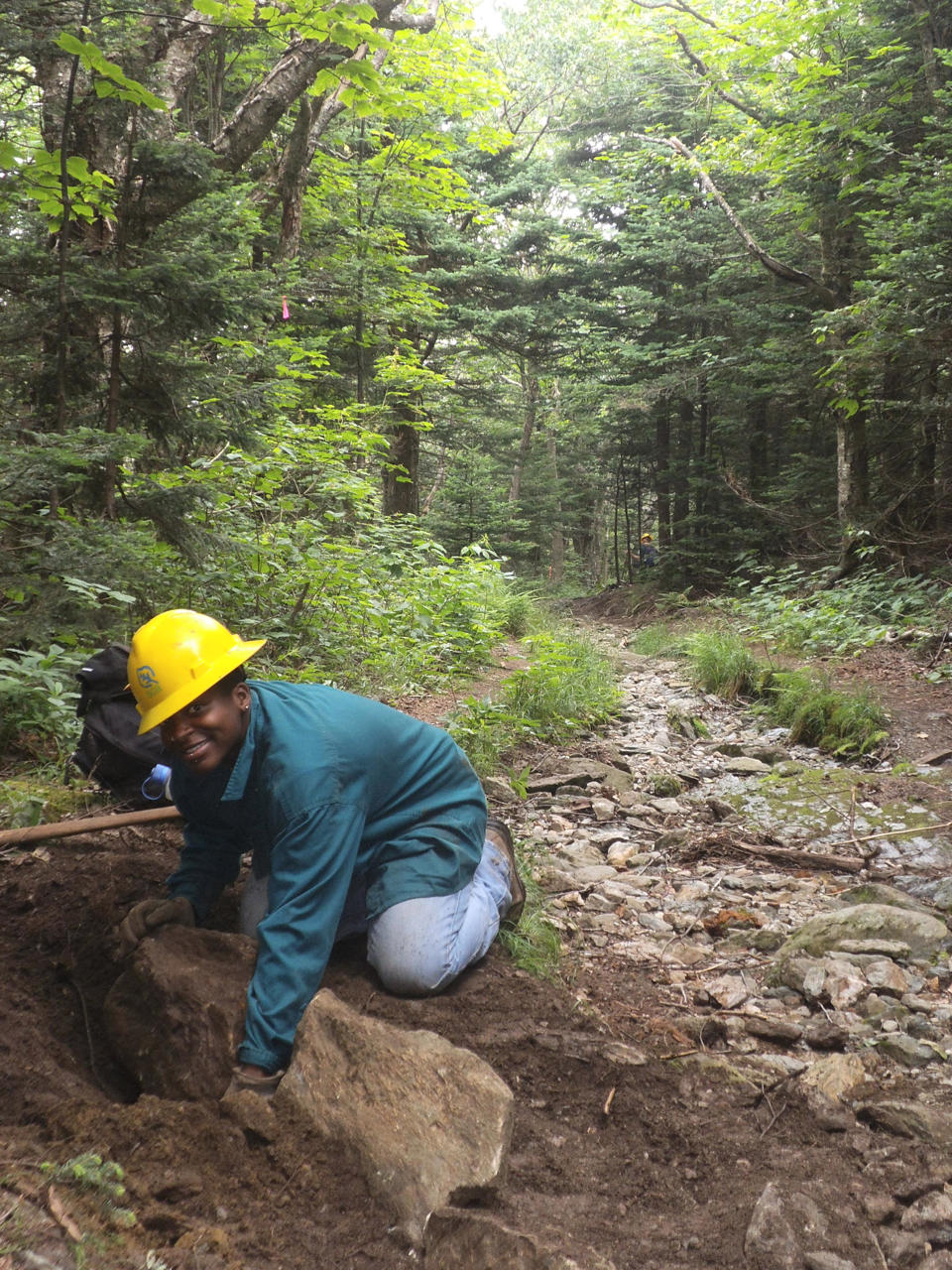 It poured this whole afternoon. At the end of the day, a narrow majority of the group came upon a coworker and I ready to pack out our tools. They addressed us with the amiable proposition that we should all work overtime, so that they could finish stripping the logs that they had just about gotten bare. Thunder rumbled in the distance. I stomped two rock bars to the van.<p>Sometimes it’s hard to relax. 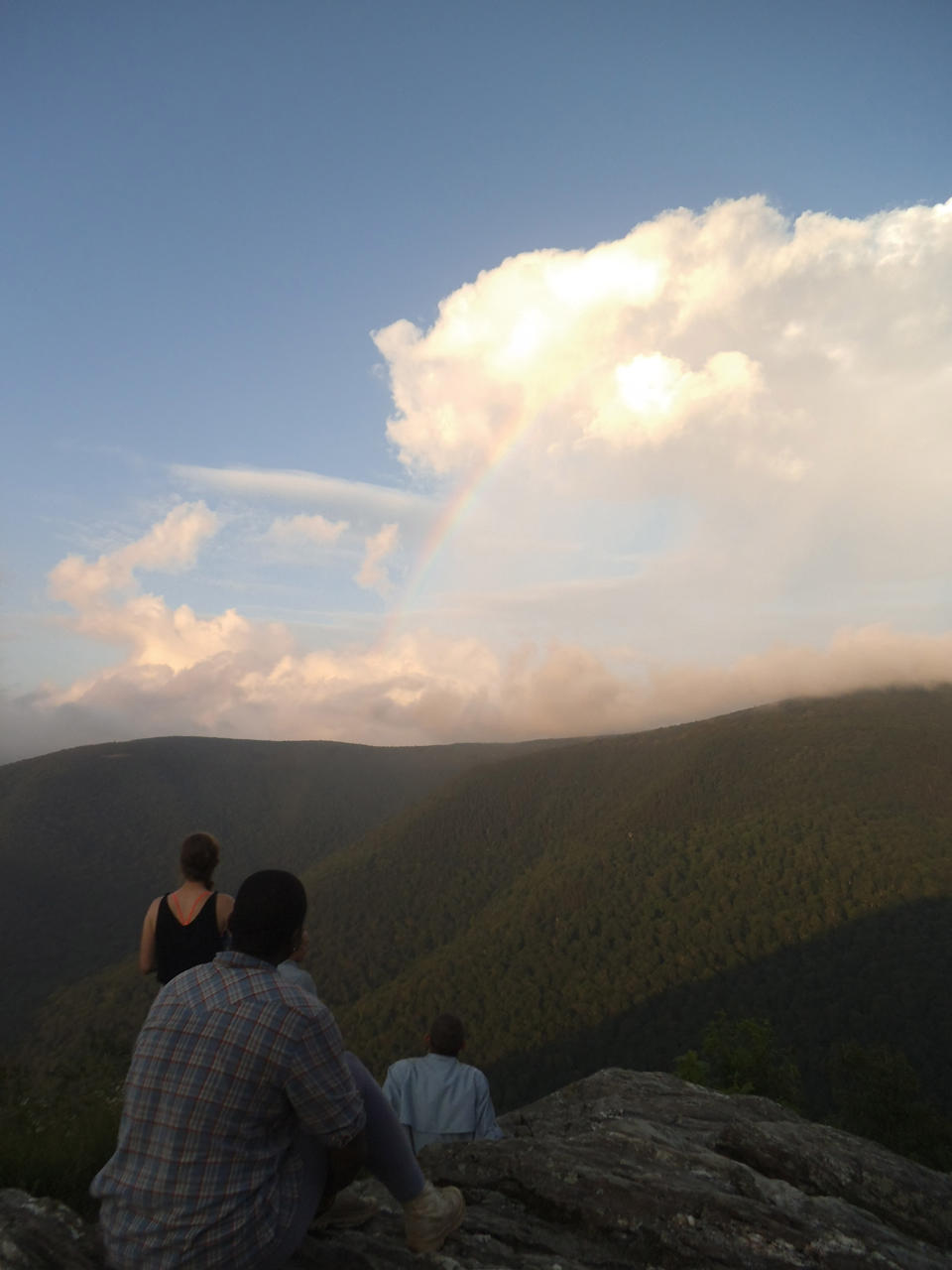 But, it’s a credible priority to keep in mind. Maya still sings in the yard, and it’s since stopped raining. Her vibrato undulates around the woods, and it sounds fine. None of us know what she’s talking about.

Dinner’s almost ready, and I’m dry in the lean-to. I remember that at this time two years ago I struggled to pry my eyes open, pallid in a collared shirt, tethered to a copy machine.

There’s a pair of owls courting every night around our tents. They shout midnight hoots that send us lurching from our sleeping bags. After we leave, I’ll have a hard time sleeping without them.