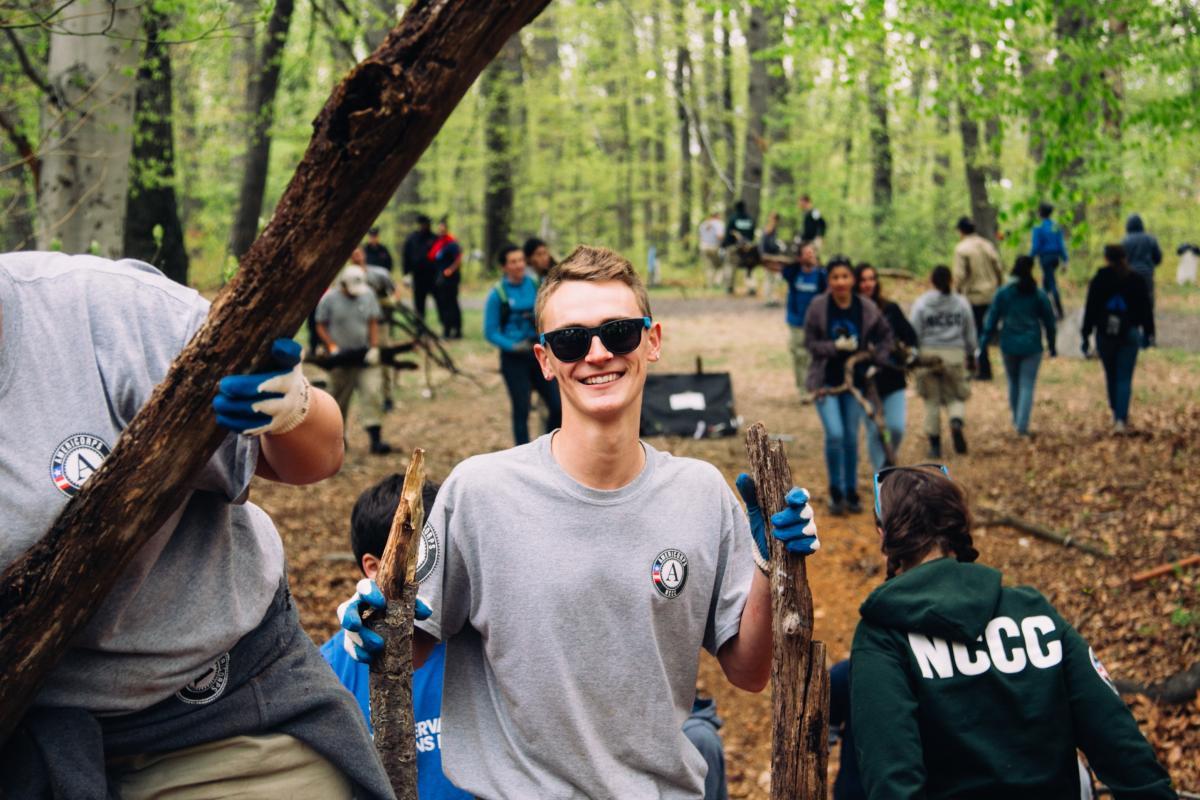 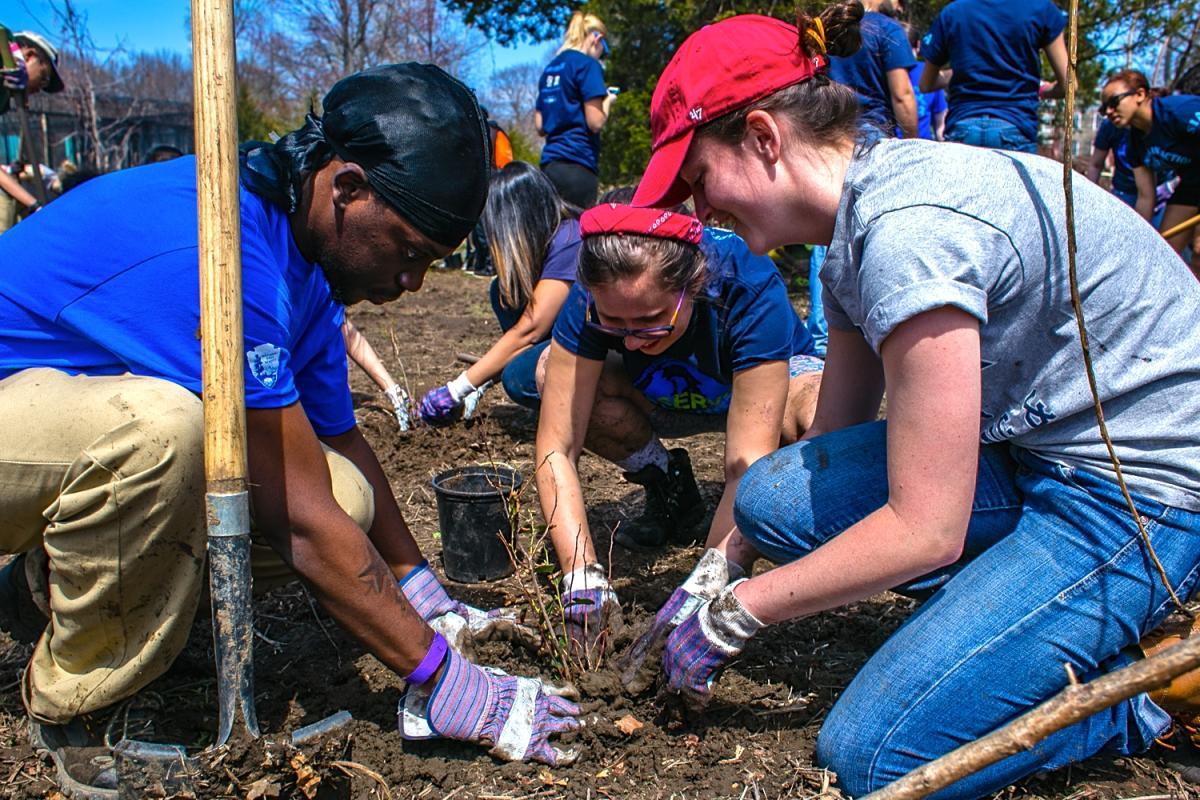 “We know parks and public lands play an important role in attracting visitors and supporting vibrant communities,” said Timothy J. McClimon, president of the American Express Foundation. “This Earth Day, we’re thrilled to join forces with SCA to deploy volunteers to protect and revitalize some of America’s treasured parks.” 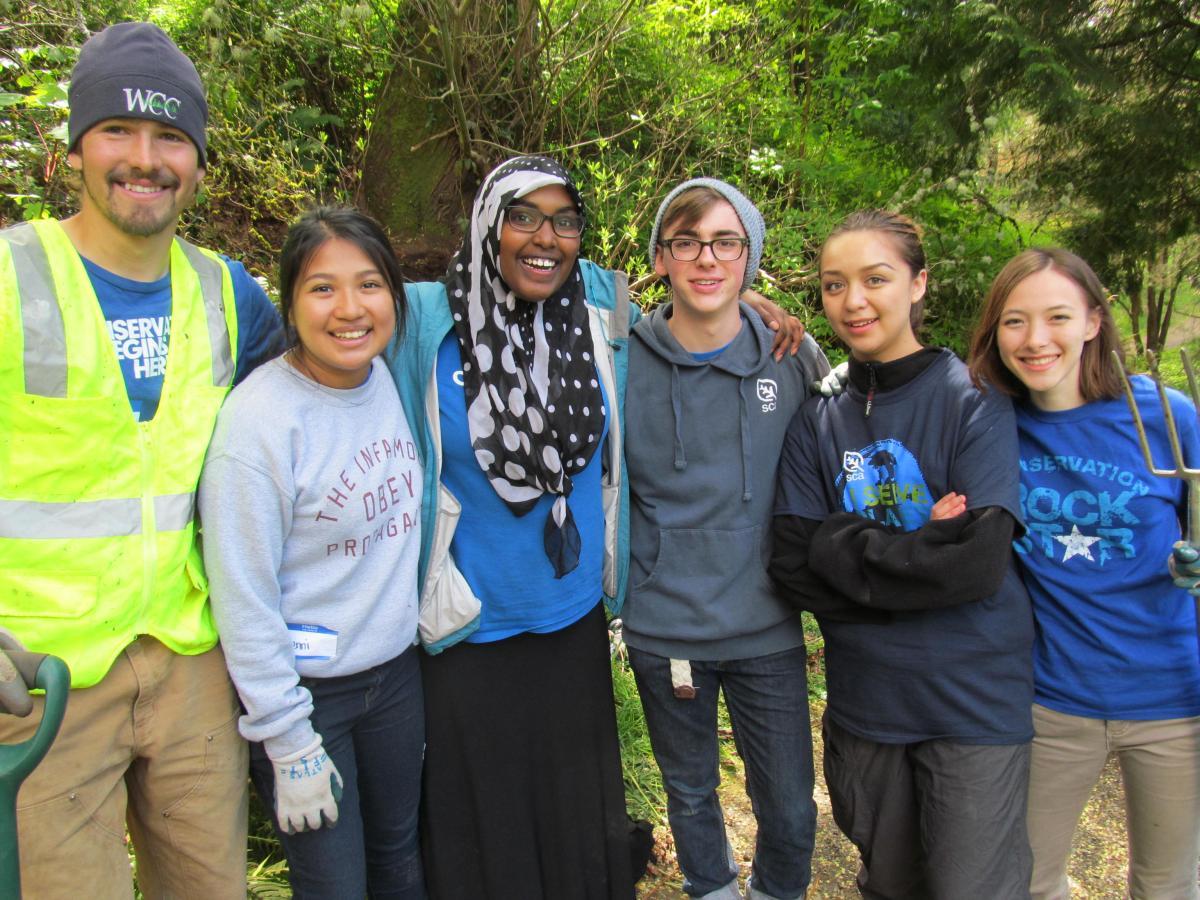 Meanwhile, SCA volunteers were also hard at work in other cities across the country. In Pittsburgh, Philadelphia, Detroit, and Chicago, SCA led mass clean-ups to remove debris and invasives from local parks. In Milwaukee, volunteers improved native prairie habitat. In Seattle, volunteers planted hundreds of native ferns. And in the Bay Area, volunteers built resiliency by installing culverts and improving drainage on local trails. 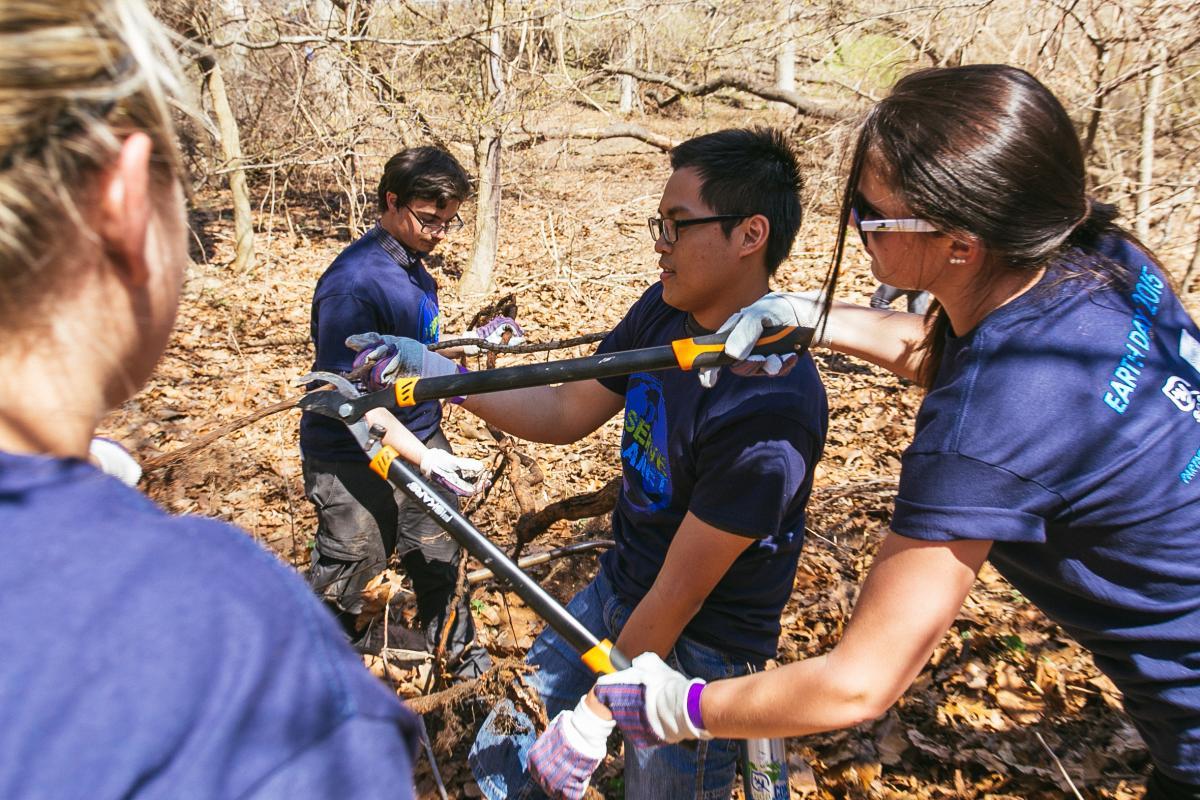 “With our Earth Day focus on city environments,” said SCA President and CEO Jaime Matyas, “SCA is strengthening the connections between urban populations and our natural world, while empowering young people from diverse backgrounds to take on leadership roles in their own communities.” SCA’s success in reaching diverse young people this Earth Day was clear: 82% of volunteers across the country were under age 35, and 58% self-identified as non-white. 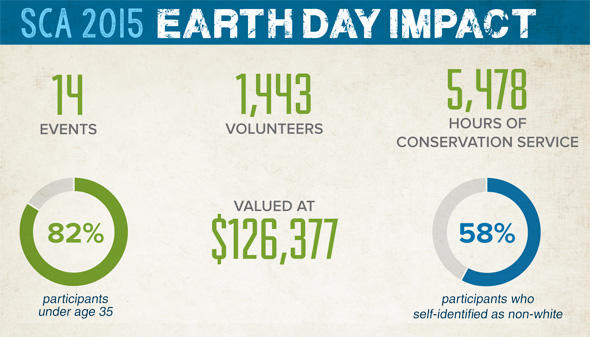 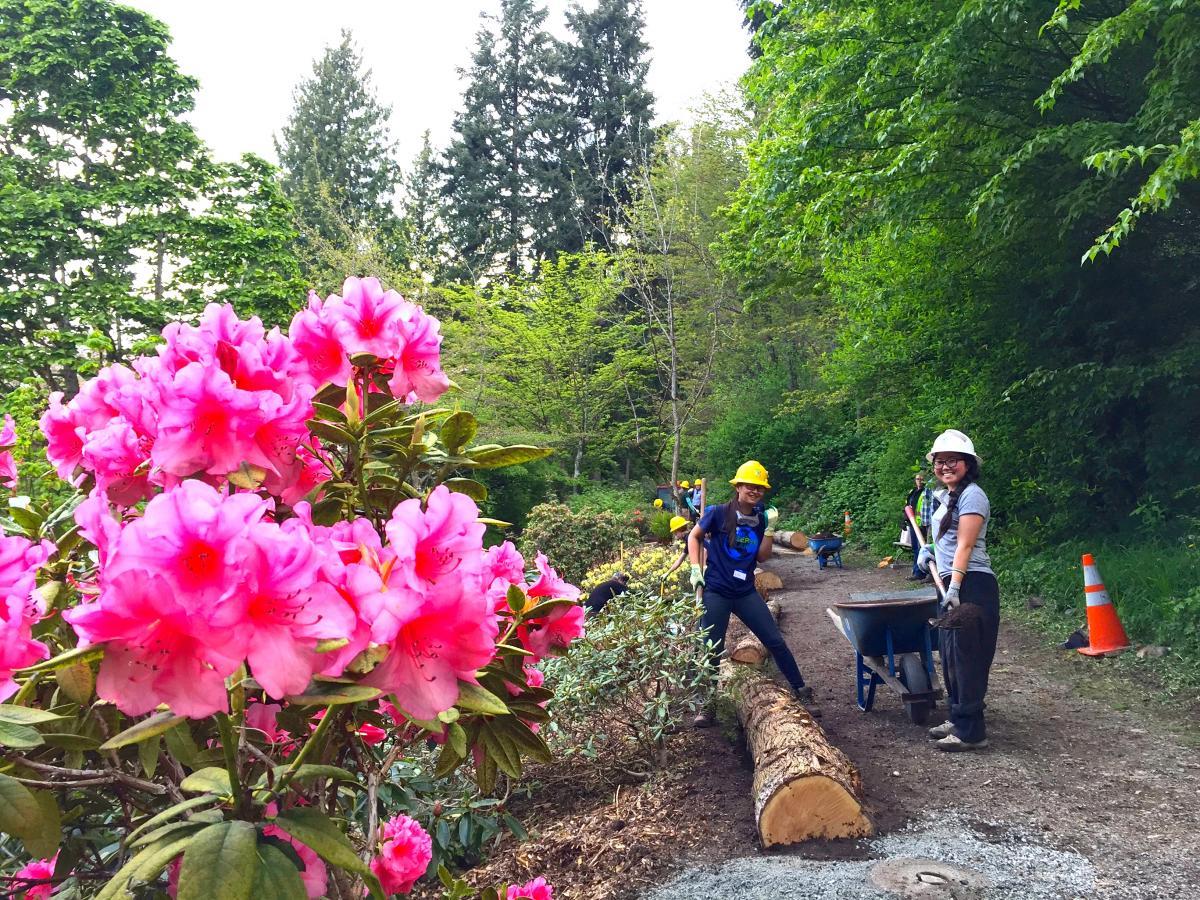 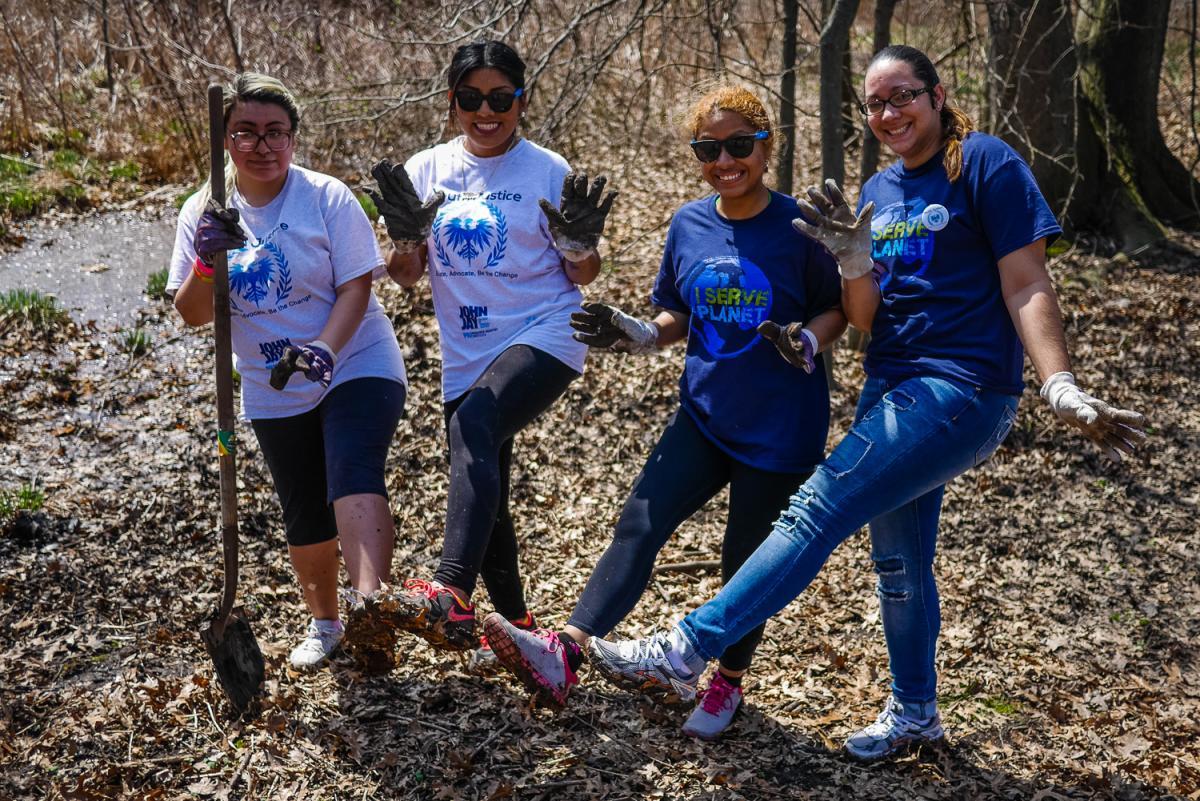 Overall, SCA Earth Day volunteers provided 5,478 hours of conservation service — valued at over $126,000 — and improved a grand total of 20,461 acres of public lands across the country. The impacts were appreciated by volunteers and partners alike. “SCA helped us break a new record for volunteer turnout,” said Christina Taylor, Executive Director of Friends of Van Cortlandt Park in New York City. “We have a staff of three, to manage 1,146 acres. Without SCA, we never would have been able to handle those numbers and accomplish so much.” 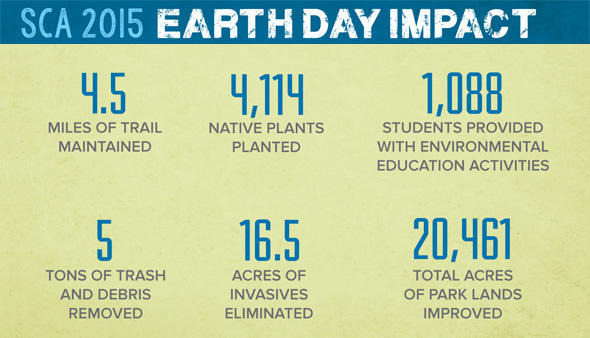