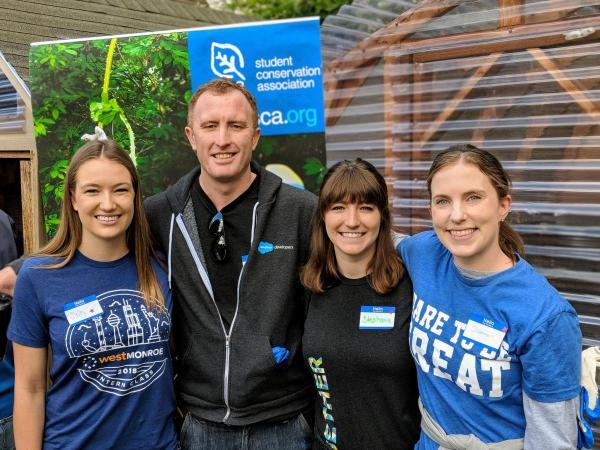 When we arrived in the morning, some community gardeners were already hard at work in their patches and were delighted to be serving next to West Monroe volunteers. At one patch, a few West Monroe participants joined a gardener who was just starting to prepare his space for the summer season. Another community gardener celebrated the tireless volunteers by stating, “improving it [the garden], improves the entire community.”

SCA’s Bridget Llewellyn shared in the celebration: “It’s always great to see the people you’re actually impacting with your service.” While we all came from different places for different reasons, we all certainly couldn’t argue that without each other the garden and its community would not be the same.

At noon, we broke to refuel with some local-made fajitas and limeade from Dayosense followed by a quick team builder. The volunteers were anxious to return to their projects and so we grabbed up our tools set out to finish what we had started! 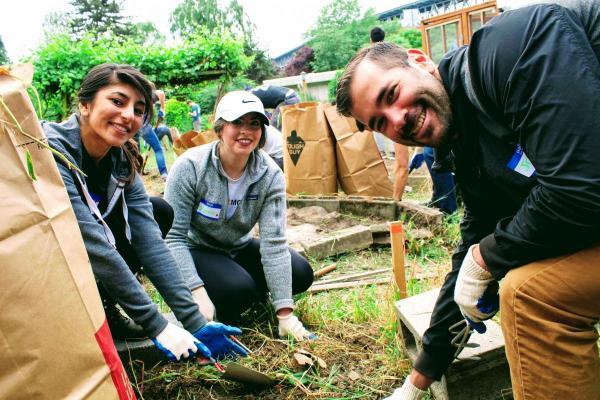 At the composting structure, a small but mighty team of five worked to repair and restabilize rotting wood slabs and bins that held the garden’s compost. This compost system enabled natural debris to decompose and be reused as mulch, instead of becoming waste that would head to a landfill. With some expert problem-solving, hammers, nails, one saw, and a dash of innovation, theses volunteers had a recipe for success.

In total, West Monroe volunteers cleared 2,740 lbs of dense invasives and natural debris from just under 5,000 square feet of garden beds and pathways and revitalized a decaying composting structure for the season. This service has greatly improved the walkability of the paths, planting potential of the garden beds, and capacity to compost natural debris. At the end of the day, we could not help but to “cheers to change”, as one volunteer so rightly noted, and look forward to when we will come together next. 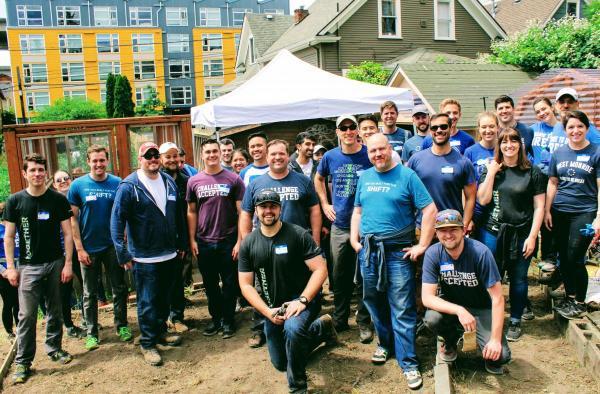 Special thanks to Seattle Neighborhoods P-Patch for their partnership and to West Monroe for supporting SCA.