As fall foliage peaked in New York City this season, SCA members hit the streets to support TreesCount! 2015 — a NYC Parks initiative to map and catalogue every street tree on every block in NYC.

SCA crews fanned out across hundreds of city blocks in Brooklyn, Queens, Staten Island, and the Bronx, using GPS equipment and the TreesCount! app to collect and log data on the species, size, and condition of each tree — recording which trees were healthy, and which were in need of a little TLC. NYC Parks plans to use the data to target areas for tree care and new plantings. 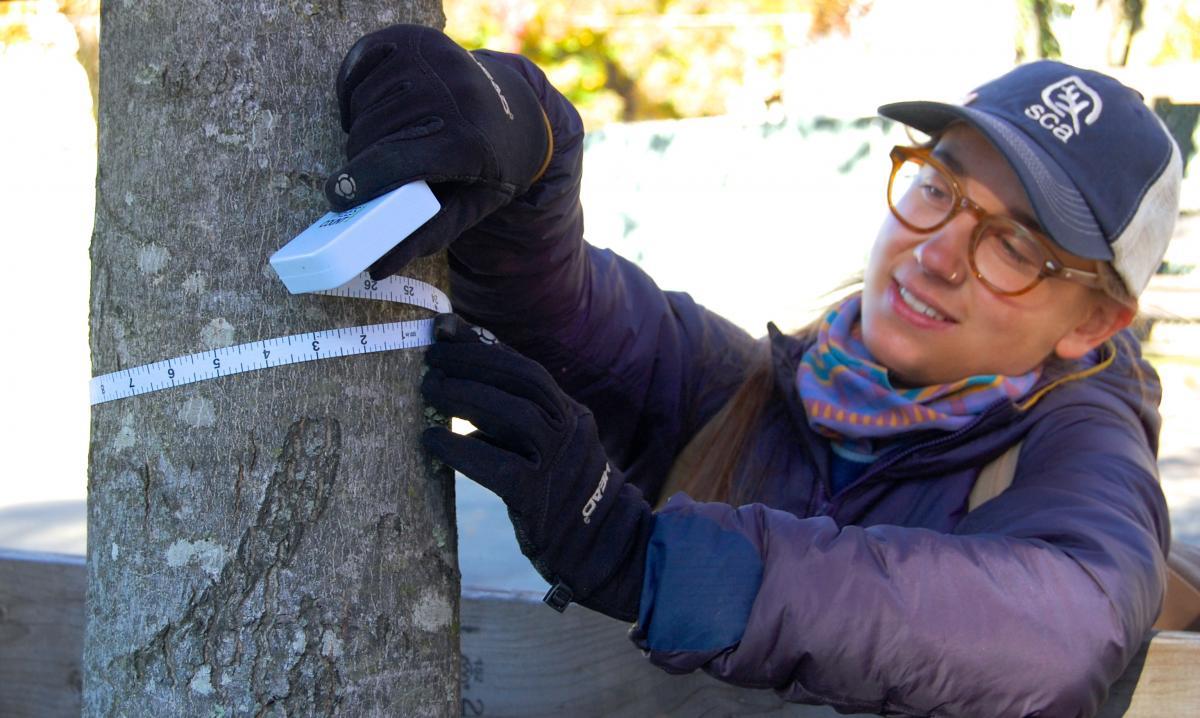 New York City’s urban forest comprises over 5 million trees of 168 species, with almost 600,000 of those lining city streets. According to MillionTreesNYC, the city’s trees bring in over $122 million in annual benefits, including pollution removal, carbon storage, and stormwater capture. 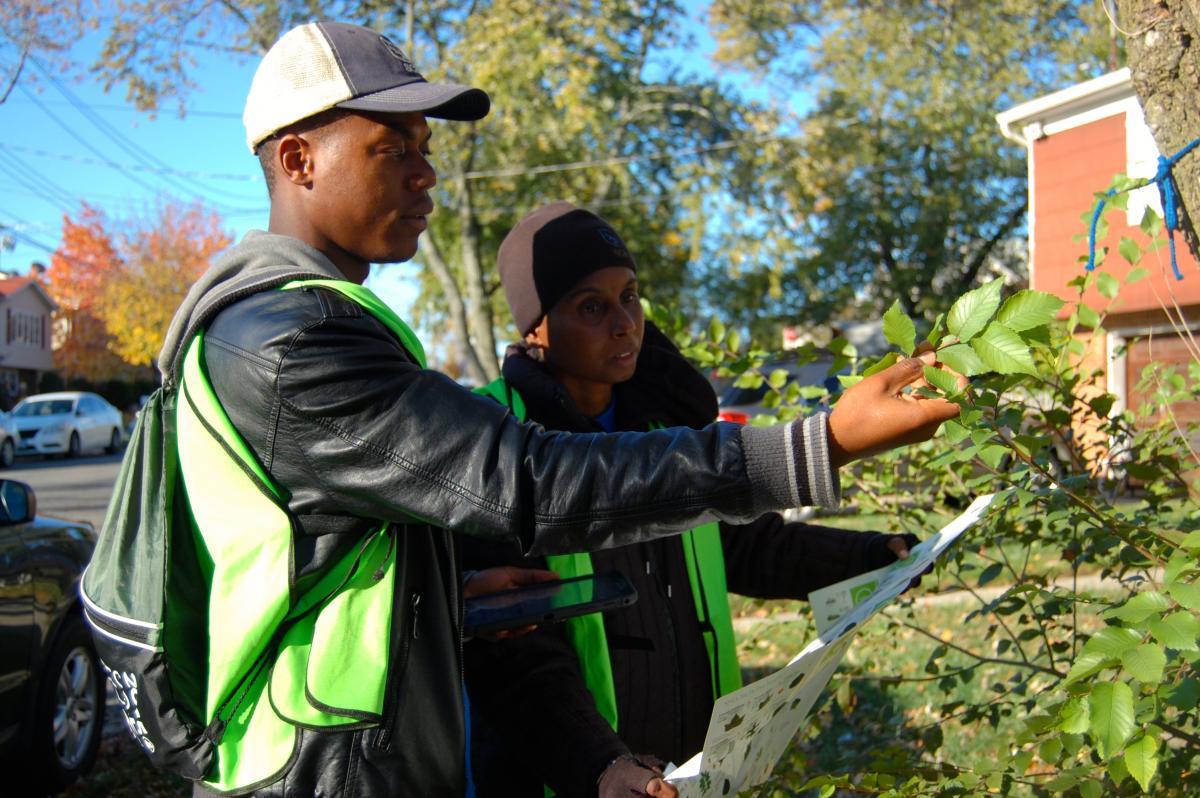 “However, the urban environment can present some real tough challenges for these trees,” says SCA crew leader Leelah Pewu. SCA crews encountered tree roots pushing up sidewalks, branches tangled in telephone wires, bark carved with graffiti, and limbs hung with sneakers and plastic bags. Some trees had grown through obstacles such as fences or signs, while others angled around buildings to reach the light.

“We ran into some people who weren’t fond of the trees for a variety of reasons,” says crew member Anita Chan. “But the vast majority love, appreciate, and try to take care of the trees in front of their homes.” 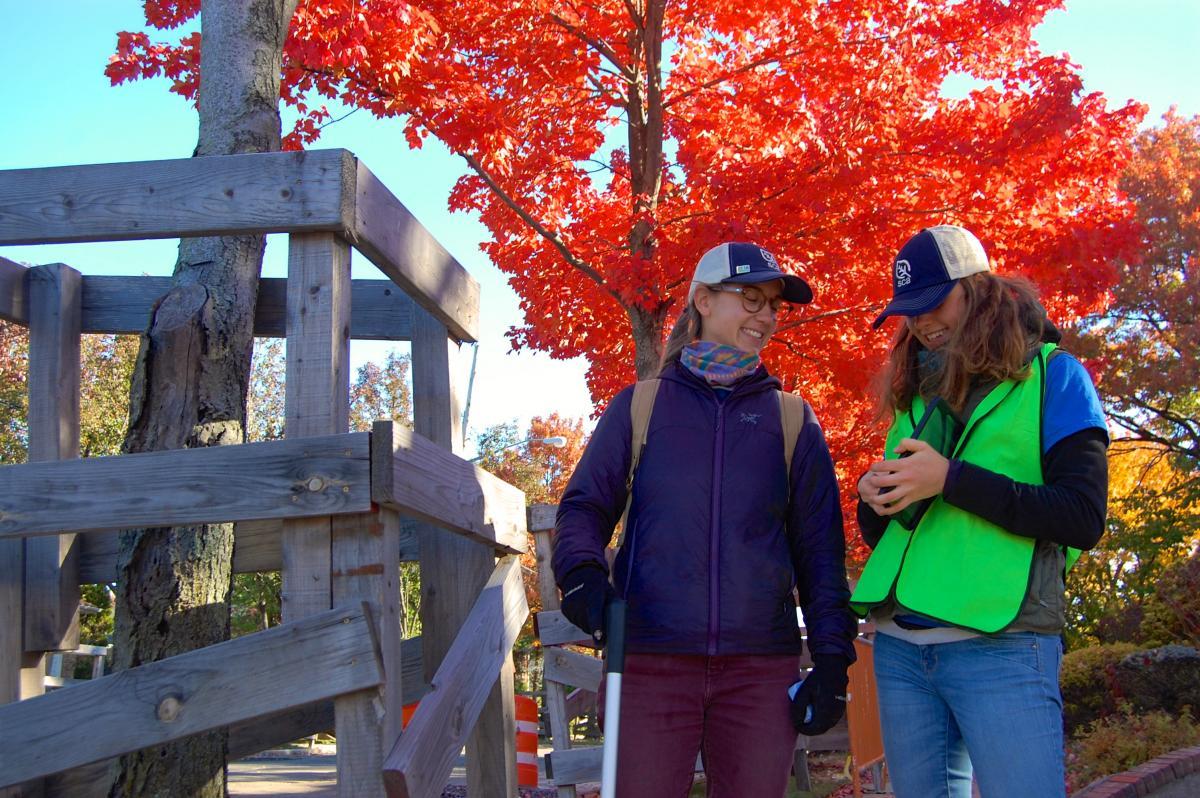 Pablo, a local Bronx resident, came out to congratulate the crew on their work and tell them about his own efforts to protect street trees on his block. “I take care of all these trees,” he said, sweeping his hand to take in the range of species up and down the street. “I put out mulch, I give them plant food. And these trees, they just dance for me in return all summer long.” 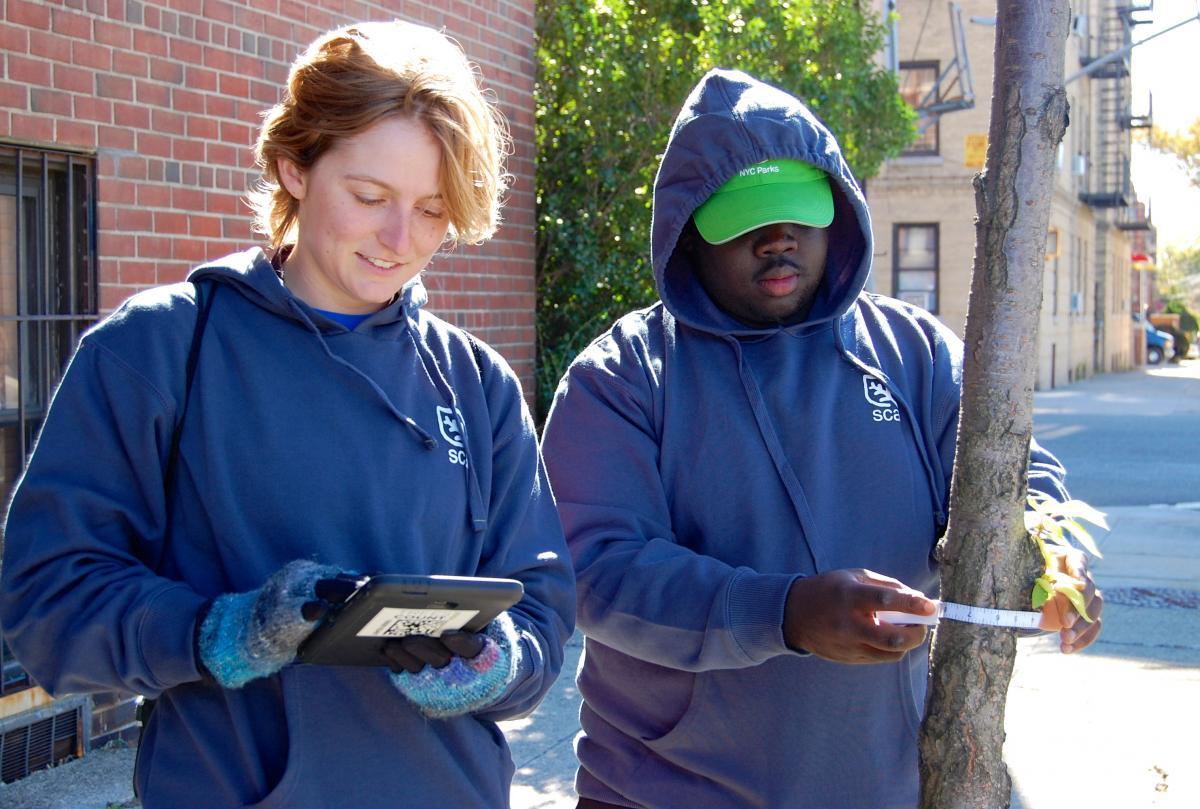 In the course of five weeks, SCA crews mapped 4,136 city blocks and 26,919 trees, bringing the citywide census up to 80% completion. Come spring, members hope to continue to work with NYC Parks to complete the survey. 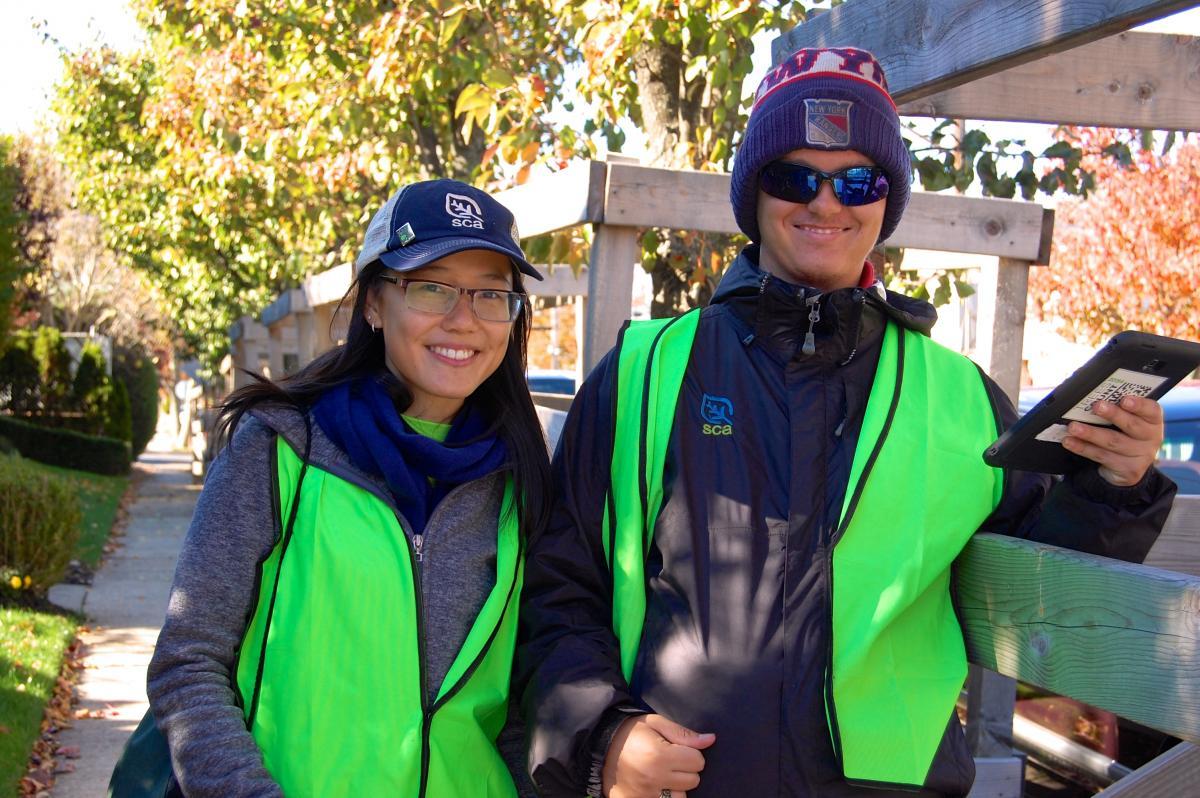 “I didn’t know much about trees before starting this job,” says SCA member Tyrell Mitchell. “Now I have all this training, and I’m always noticing trees, even when I’m not working. I’ll be at home in my neighborhood and my friends will be like, ‘That’s weird, how do you know all these trees?’ And I’m like, ‘It’s not weird, trees are cool.'”
“At first you think a tree is just a tree,” says Anita. “But when you get a chance to look at them up close, you realize that every tree is different and fascinating.”
See more photos from SCA Tree Census crews working in the Bronx and Staten Island.