March 11, 2019 • By cornershop
Bruce Putnam, husband of almost 27 years to SCA Founding President Liz Putnam, passed away earlier this month following an extended illness. SCA’s Kevin Hamilton worked frequently with Liz and Bruce over much of that time, and shares these memories.
As Bruce used to tell the story – and he told it well and often – the year was 1956. He was working for Southern Pacific Railroad in Wyoming.  Bruce and a couple of buddies were standing in line at a promotional barbeque where the food was free to all.
Suddenly, three attractive young women walked by and within minutes, Bruce sauntered over to them. “May I ask where you gals are from?” he queried.
The ladies, all good friends, were initially leery but Bruce assured them it wasn’t a come-on. “It’s just that I bet my two friends over there as to whether you three are Westerners or from back East.”
“Well, I’m from Vermont,” replied the then-Liz Cushman.
“I live in Massachusetts,” answered Amy Stevens.
“And I’m from Rhode Island,” stated Helen Farrell.
“I knew it!” Bruce exclaimed as he slapped his thigh. “I win the bet. How about I use my earnings to buy the six of us dinner?”
The women laughed, as they knew the food was free, but they agreed to dine with Bruce and his friends and later the group went out dancing. Still, there was more to this tale. Through that chance encounter, Bruce would add, “I met both my future wives at exactly the same time!”
A year after bonding over barbequed ribs, Bruce married Amy. That was about when Amy’s friend, Liz, was launching SCA – but Liz still managed to stand as Amy’s maid of honor at the wedding and later was godmother to their oldest child. Over the years, they all remained good friends. After cancer claimed Amy In 1991, Bruce and Liz’s relationship took an unexpected turn, and they wed a year later. Bruce was a constant companion on Liz’s many SCA trips and a fierce advocate for both his wife and SCA. 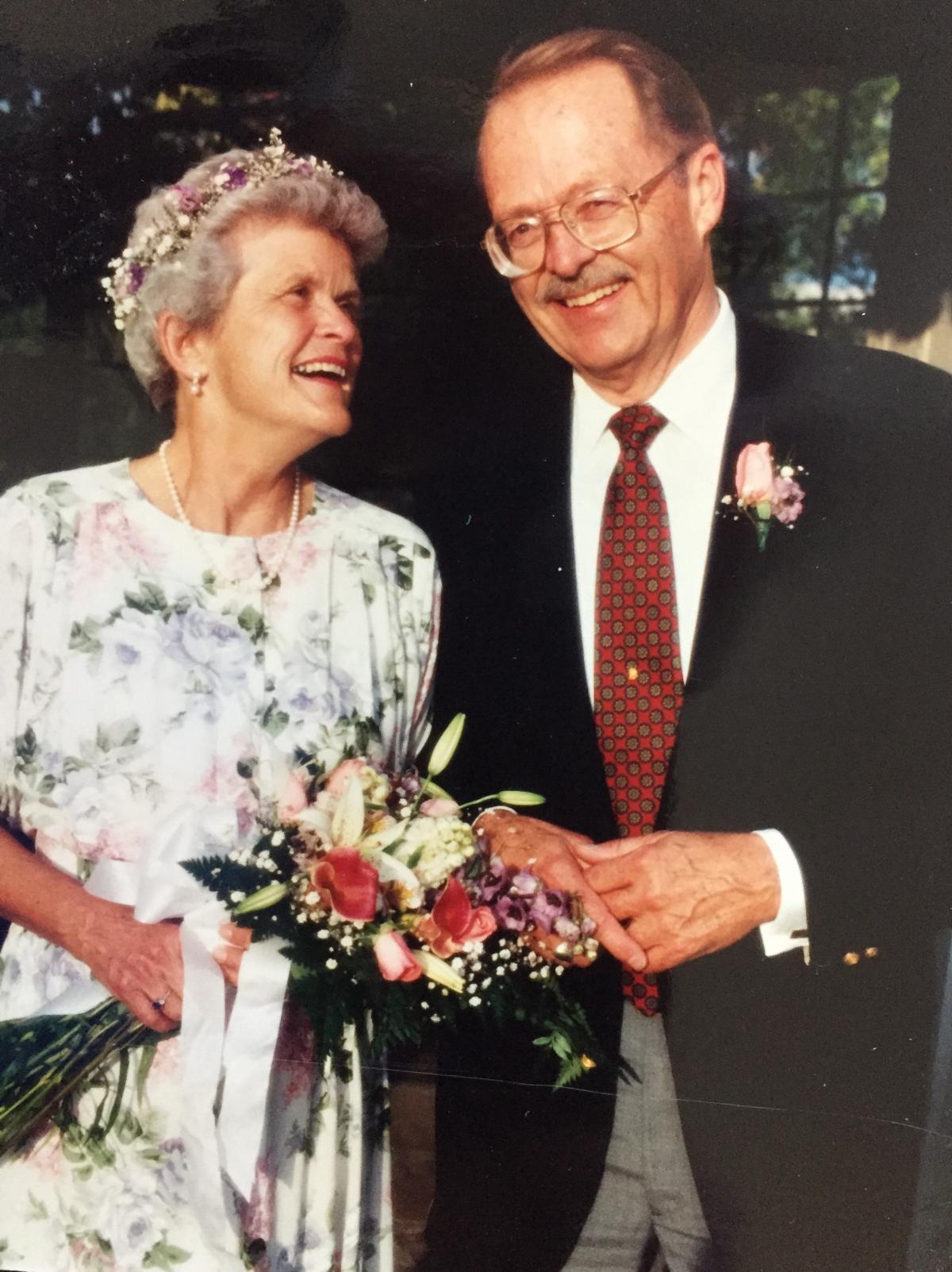 One autumn in the early aughts, the SCA board met on our New Hampshire campus, and Bruce and Liz hosted a dinner for the directors and local staff at Bruce’s family home on nearby Lake Sunapee. Bruce spun tale after tale before gathering us around the piano for a group rendition of “This Land Is Your Land.” My head spun at the sound of Bruce’s deep, rich voice and, after asking around, I learned he sang with an acclaimed men’s chorus from Boston that performed, among other sites, at London’s Royal Albert Hall.
In recent years, my role at SCA enabled me to work more directly with Liz and often travel with her and Bruce when Liz was representing SCA. I could not have imagined the friendships we already shared would grow to Sequoian heights by collectively schlepping suitcases and squeezing into cabs, but they did.
In 2016, when Liz was to accept an award in Boise, the three of us were temporarily stranded one night at Denver Airport, waiting for our delayed connection. We exchanged good natured barbs and laughs over dinner – Bruce always grabbed the tab – and still we waited. We didn’t trudge into our hotel until well after 2:00 a.m. local time. Bruce was already relying on a cane, and when he saw the length of the hallway he needed to navigate to get to his and Liz’s room, he joked it was as long as the runway we’d just landed on.
At functions where the crowd is primarily young people, attendees routinely swarm around Liz following the formal program’s conclusion to talk or grab a selfie. I can’t tell you how many times Bruce and I paced the back of a room and rolled our smiling eyes, knowing the three of us would again be the last ones out the door.
For Bruce, one of the best parts of journeying was flying through Baltimore. BWI has a frozen yogurt stand overlooking Concourse A, and he was drawn to it like a bear to honey. His favorite flavor was chocolate hazelnut with all sorts of toppings. Liz had the plain hazelnut and I preferred the coconut. These cool treats became a ritual part of going home. We’d line up for frogurt every time, even if it risked missing our next plane.
SCA crew members will tell you they forge powerful friendships and enduring memories while serving together. I can relate. What I cannot do is accept that one of my crewmates is gone.
Next week, Liz and I are going to Washington, DC on SCA business. We’re flying into Reagan National, but I’m tempted to hit BWI for one more sundae. This time, make mine chocolate hazelnut.