Aurelia is pictured above with cousins Joseph & Kasson at an SCA service event in Staten Island. 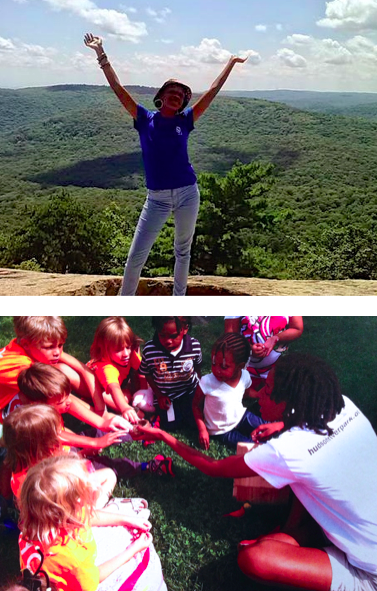 College: The College of Staten Island

Aurelia Casey started out as a community crew member in New York City, but she didn’t stop there. After Hurricane Sandy, she came back for a second year on the crew to help her Staten Island community recover from the storm, and brought out friends and family to participate in SCA’s ConSERVE NYC events. After meeting the education staff of Hudson River Park during a ConSERVE NYC event, Aurelia landed her first SCA internship position this summer, where she was able to share her conservation experience with park visitors and take the first steps toward pursuing a career in education.

What led you down the path to conservation?

When I first joined SCA as part of the Youth Conservation Corps with the National Park Service, I did not know anything about conservation. I was not a person who liked to get dirty either. I knew that I liked science, but I did not know what I wanted to do with it. However, after I spent a summer doing environmental projects at different National Park sites in New York City, I knew I had found my passion: environmental conservation.

How has SCA impacted your life and career?

How was your family impacted by Hurricane Sandy?

We lost part of our roof during the storm, and we were without electricity for a week. But we were lucky. Other parts of Staten Island were even more greatly affected. We had a tenant who had lost her home in the storm, and she moved into our basement apartment. I had already served on one SCA crew the summer before the storm, and I knew that it was even more important to go back out to volunteer and help clean up my city after Sandy.

This summer, I was an SCA AmeriCorps intern serving at Hudson River Park. This internship was an amazing experience. As an estuary educator, I was able to learn new things about both marine and terrestrial biology, and in turn, teach them to members of the public through a variety of different park programs. I learned so much in my past SCA crews, but this summer was the first time I got the chance to experience teaching. I am grateful that I had the opportunity to work with such an awesome staff, and I would recommend this internship to anyone interested in urban environmental education.

How do you hope to stay connected with SCA in the future?

Even though I am in college full-time now, I try to make it out to most of SCA’s ConSERVE NYC events on the weekends. Next summer I hope to become an SCA crew leader, either in New York City or somewhere else in the country. I am excited to think of all the places SCA can take me. It is a great organization, and it has changed my life for the better.