Wishing NPS a Happy 99th Birthday on the National Mall

What do you do for a good friend for their birthday? Throw them a party, of course!

SCA has been a close friend and partner of the National Park Service (NPS) for almost 60 years. And so, like a good friend, SCA, along with American Express, threw a party to celebrate the National Park Service’s 99th birthday! An occasion this big calls for a monumental party, and this most certainly was. At the foot of the Washington Monument, on a beautiful summer day in Washington, D.C., all of the ingredients for celebration came together. So what were those ingredients, you ask?

The event hosted over 300 celebrants and several distinguished guests, including NPS Director John Jarvis and SCA CEO Jaime Berman Matyas. During their remarks both spoke about how the NPS reflects the American people and history. Matyas said, “Better than any book or documentary, our national parks tell the story of America.” With over 400 sites and growing, the NPS continues to embody the history of our nation, and tell the story of its people. Another speaker was Centennial Volunteer Ambassador Ayomide Sekiteri. She spoke of her story of discovering the NPS, including her time as a member of the NPS Academy Program and in her current position. After describing her experiences she said, “I know my history can be found in our parks and I’m sure my future can be too.” 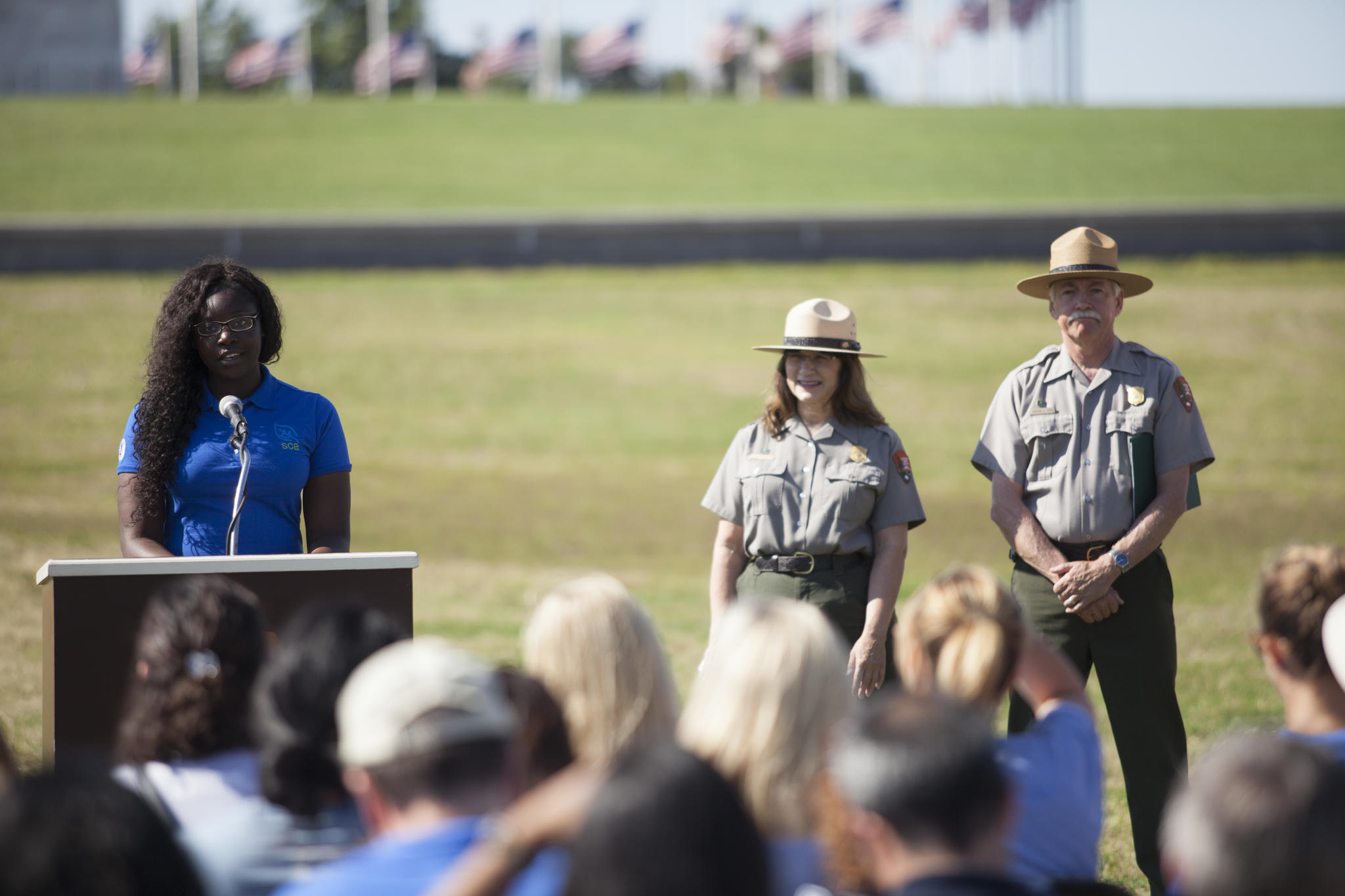 Most wishes we tend to keep to ourselves, but the NPS has made their birthday wish loud and clear. As their 100th birthday approaches, they have set a goal “to connect with and create the next generation of park visitors, supporters, and advocates.” The demographics of park visitation is something the NPS is looking to change, as they realize the future of the NPS rests in the hands of the next generation.

SCA, being the nation’s leading youth conservation organization knows this full well, and has been a strong supporter and advocate for connecting youth to conservation. And with that in mind, it is no wonder SCA is looked to as an exemplary partner as NPS moves toward its 2016 centennial. Director Jarvis said, “One of our most tried and true & most experienced partners is the SCA.” 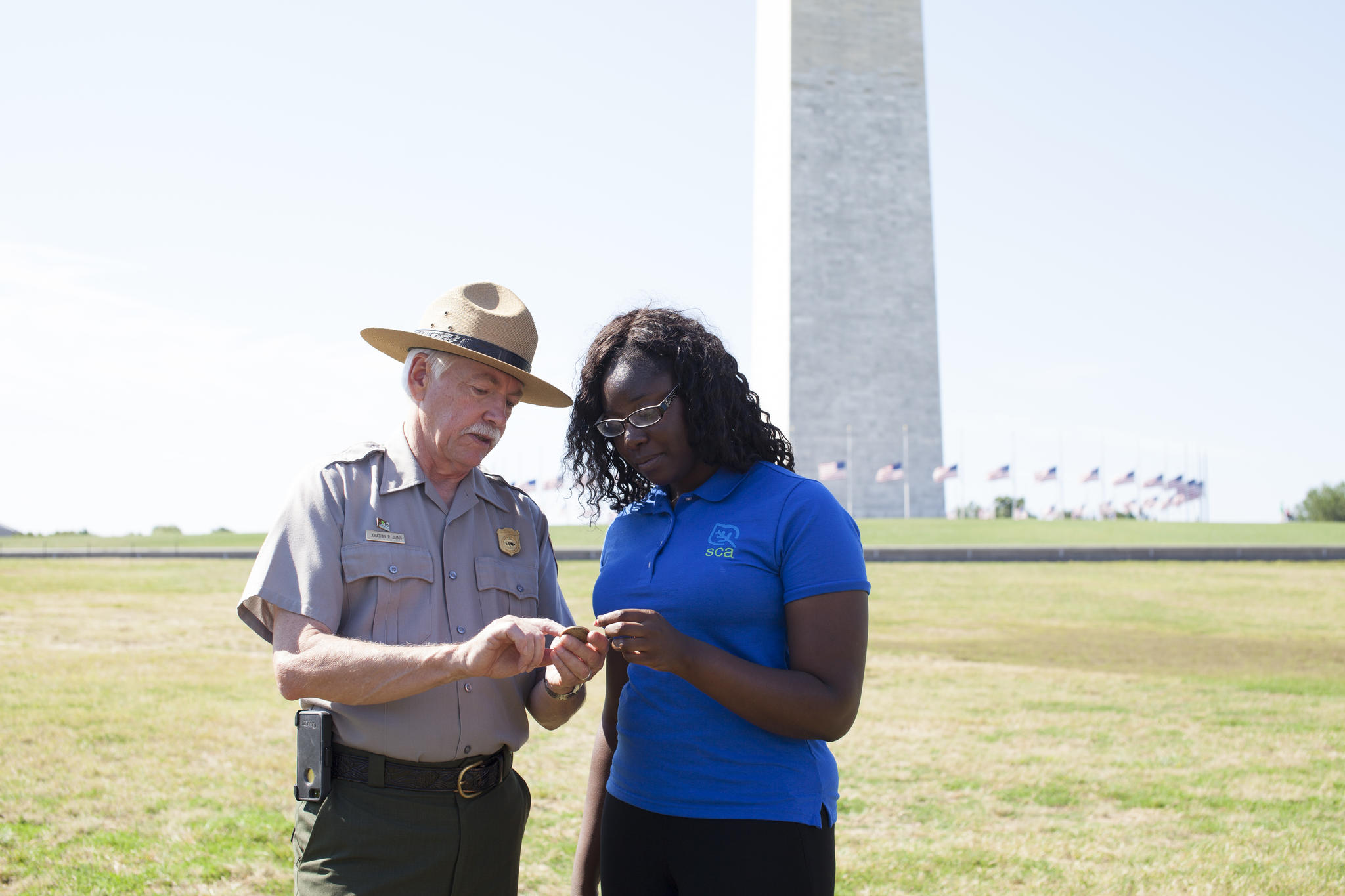 After their speeches, NPS Dir. Jon Jarvis gifted one of his official challenge coins to Ayomide Sekiteri.

A party hosted by SCA would not be complete without a service component. The event, dubbed a “Servabration”, was the kickoff to a series of SCA volunteer projects sponsored by American Express. Party-goers had the opportunity to make seed balls, which is a creative way of planting seeds. Participants not only got their hands dirty, but learned about the seeds they were working with, which belong to local pollinator plants. Such plants are an important part of our environment, and producing beautiful flowers, they’re also easy on the eyes. 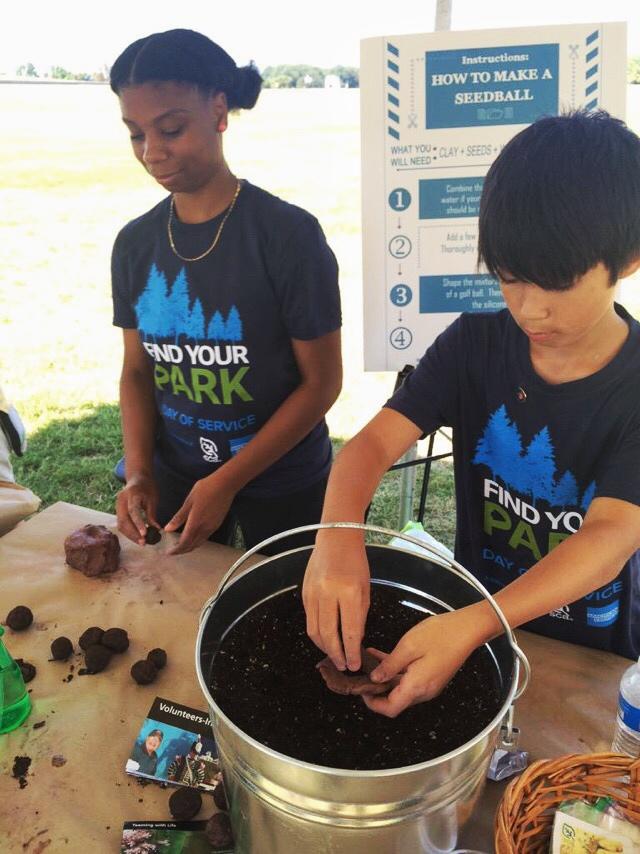 It was a party after all, so it would not have be complete without some fun activities! People got a chance to be silly in a photo booth, test their National Park Service history at the trivia table, and of course, eat some cake! 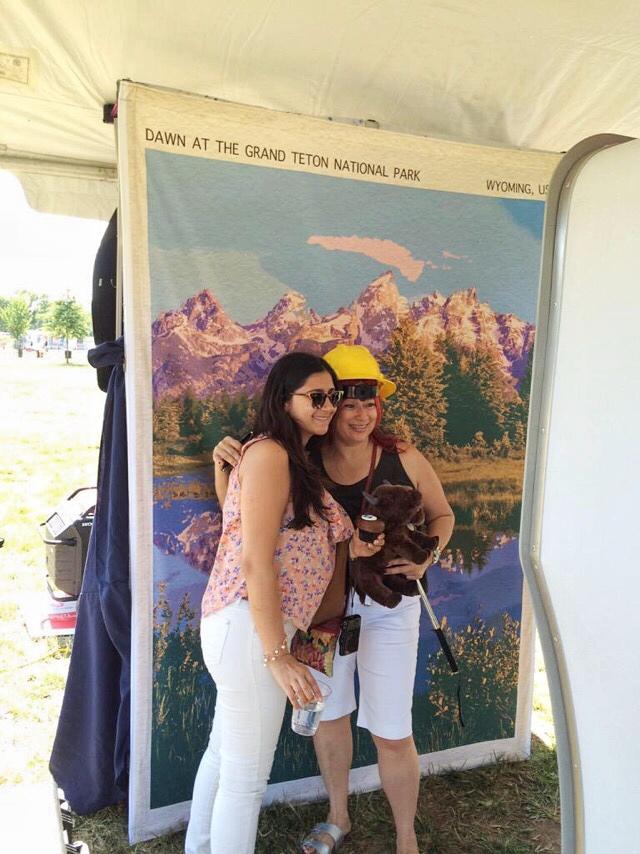 And with that, there is only one thing left to make a party a birthday party: a gift. So what is NPS asking you for on its birthday? Just that you help them fulfill that birthday wish I mentioned above: to connect with America’s national parks in a way that is meaningful and fun to you. To help you help them, they’ve launched the Find Your Park campaign. This campaign is aimed at helping you find a park where you can connect to the rich natural and cultural history embodied in the national parks.

For some, this will mean their first trip to a national park. For others, this will mean rediscovering places they once knew. And for many, including myself, this means giving back through volunteerism and service. As an Americorps member and SCA & NPS Centennial Volunteer Ambassador, I am working to help people find ways to give back to the places that they love, and it has been extremely rewarding to give back to a place that holds so much meaning to me. The NPS invites you to find the place you love and consider extending a helping hand. So, as the saying goes, get up, get out there, and find your park!

BELOW: National Park Service trivia! The giant dice were used to pick questions.