4 Haunted Hikes and Ghost Stories for Your Halloween Weekend

Consider this: many of the primary reasons that people enjoy hiking— expedited blood ﬂow, quiet seclusion, elevated heart rate, adrenalizing natural thrills—are the very same reasons that other people seek to place themselves in situations where they’re likely to encounter the shrieking mad ghosts of poor, eternal grudge-bearing types who died suddenly, tragically, and/or unjustly.

Who knew that hikers and haunting enthusiasts had so much in common, right? The two groups should probably hang out more often…To encourage such comingling, here are 4 Halloween-appropriate haunted hikes that have plenty to please nature lovers and ghost seekers alike.

Helping out a harmless little old lady who’s clearly in need of assistance is something you might normally encourage a child to do, right? But if said old lady is encountered on Great Smoky’s Norton Creek Trail, and she happens to be singing a song about how much she enjoys a good plate of liver, you and any nearby children had better turn and run and never look back.

In such a case, odds are you’ve encountered Spearfinger, an evil witch who, according Cherokee legend, roams the north shore of Lake Fontana looking to cut out and devour (ew) the livers of lost children with her one extra-long, stone, spear-like finger. Word is Spearfinger strikes primarily in the fall, so if your goal is to scare yourself witless and possibly lose your liver, there’s no better time to take to this trail. 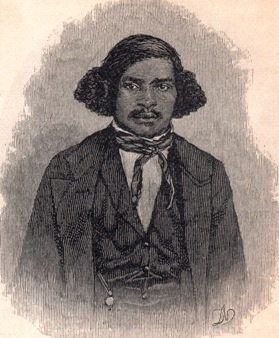 Can you think of a more likely venue for a haunting than a labyrinthine underground cavern that was once explored by enslaved guides and later served as a tuberculosis hospital? After bats and stalagmites, “angry ghosts” are about the most likely thing you’d expect to find in such a place, right? So it should come as no surprise that Kentucky’s Mammoth Cave National Park is a thoroughly haunted place.

When he was alive the cave’s greatest explorer, an enslaved man named Stephen Bishop, described it as “grand, gloomy, and peculiar….” Over 150 years later, his enduring post-mortem presence makes that description truer than ever.

Bishop was brought to the cave in 1838 and spent the next 19 years giving tours and discovering new passages. He secured his freedom in 1856, but stayed on at the cave until he died only a year later at age 37. To this day, park rangers and visitors report frequent encounters with his ghost, especially during spookily-lit kerosene lantern tours.

Just thinking about a 19th century pyrite mine is pretty scary business. Can you imagine how horrendous the working conditions must have been? The headless ghost that haunts the Cabin Branch Pyrite Mine Trail in Virginia’s Prince William Forest Park ought to give you some idea. Believed to be the spirit of a miner who was decapitated “while grabbing onto a moving elevator,” the ghost has been spotted “walking steadily” along the portion of the trail that passes by the mine’s ruins. Perhaps he’s trying to find his way home?

If the idea of a single headless ghost miner is enough to get you shaking, you’d best stay away from the Kennecott Historic District of Wrangell St. Elias National Park. Hikers approaching the abandoned mining town via McCarthy Road have reported seeing tombstones appear and then vanish in the fields surrounding the path. Even scarier, when state-sponsored construction crews tried to redevelop the area in the 1990’s, they were so frequently terrified by phantom visions (including but not limited to tombstones) and the disembodied wails of long lost miners that they eventually had to abandon the project.

What’s the source of all this paranormal activity? Likely the Kennecott Copper Mines and the abandoned railroad that once hauled raw materials from Kennicott Glacier to Cordova on Prince William Sound. Constructed at great human cost at the behest of J.P. Morgan in the early 20th century, they were apparently as productive of ghosts as they were of lucre.