In the United States, summertime is synonymous with getting outdoors and visiting a national park. But many of the most popular parks – such as the Grand Canyon, Great Smoky Mountains, Olympic, Yellowstone, and can get very crowded. Although there are tricks for avoiding the crowds even at those sites, there is another way to have a marvelous outdoor experience: visiting one of our lesser-known, but equally amazing parks, refuges, and protected areas. While we can’t guarantee you’ll have the place to yourself, at least you won’t have to fight for that last picnic table!

This gem is America’s newest national park and also the winner of SCA’s inaugural Parks Pandemonium bracket challenge! Even though its park status is recent, New River is one of the oldest rivers in North America. Choose from over 100 miles of trails with scenic views or take the plunge and experience powerful whitewater rapids.

From one of our newest parks to our oldest ones (founded by President Theodore Roosevelt in 1903), from dense forest to open plain, Wind Cave is the first park in the world created to protect a cave – and not just any cave, but the world’s fourth largest. After the ranger-guided park tour, hit the open country to catch sightings of elk, mule deer, prairie dogs, coyotes, pronghorn, and even bison (some 450 of them at last count). 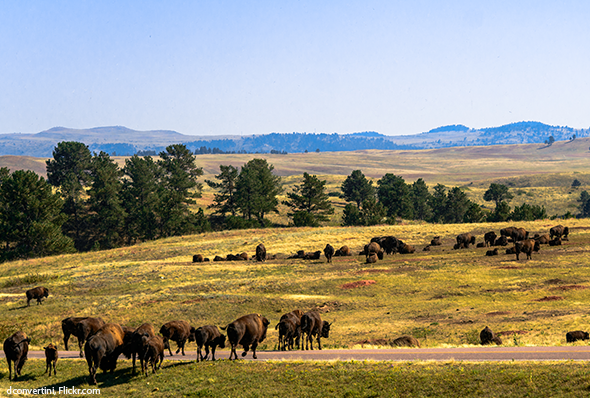 Move over, National Park System. With its 6.1 million acres, Adirondack is bigger than Yosemite and Yellowstone combined. This combination state park and forest preserve, which encompasses more than 100 towns and villages, includes 2,000 miles of hiking trails, 3,000 lakes, 30,000 miles of river and, for height-seekers, the Adirondack’s famous 46 high peaks.

Since its founding in 1946, the Bureau of Land Management has come to oversee more than 247 million acres of public lands – one-eighth of the entire U.S. land mass! One of the lesser-known sites is the Imperial Sand Dunes: 45 miles of dunes on the border of California, Baja California, and Arizona. Although much of the area is off-limits to vehicles, the areas set aside for off-roading attract tourists from all over the world. For the non-vehicular, the North Algodones Dunes offer 26,000 more laid-back acres for hiking and horseback riding.

The Florida Keys aren’t just about Key Largo and Hemingway. There is also the Dry Tortugas: a 100-mile national park spread over seven islands with historic Fort Jefferson right in the middle. As the park is only accessible by boat or seaplane, visitor numbers are lower, giving you a prime opportunity to enjoy the sparkling blue water, coral reefs and marine life, best explored by snorkeling or diving. A great place for a combined historical and recreational visit. 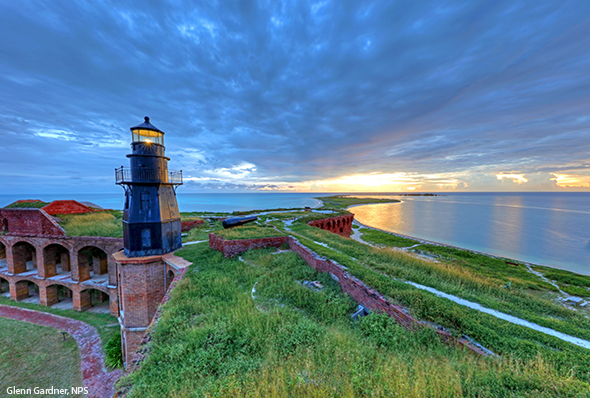 A wildlife refuge in New Jersey?? Yep! Forsythe, one of 555 refuges protected by the National Wildlife Refuge System, protects some 47,000 acres of southern New Jersey coastline: habitats which form a crucial part of the Atlantic Flyway of migratory birds. This, of course, makes it a birders’ paradise, as well as a great place for fishing, photography, and conservation work. Maybe now we can finally retire the old joke: “I’m from New Jersey.” “Yeah, what exit?”

You read that right: Buffalo isn’t a traditional land-based park, but rather a protected river – America’s first, founded in 1972. That translates into 151 freely flowing miles from the Ozark Mountains to the White River, including both rapids for exciting kayaking and quiet stretches to float along, contemplating the white bluffs rising up along the river’s edge. And, of course, there’s plenty of great hiking and camping along the riverside. Our waterways are as much a part of our heritage as our forests, mountains, and plains, and a visit to Buffalo is a great way to experience that.

While most visitors to Hawaii may head straight for the beaches of Oahu or Maui, this decidedly off-the-beaten-track state park – you can only get there by charter boat or helicopter – is well worth the effort. Over 6,000 acres of unspoiled valleys, waterfalls, impressive overlooks (the words “Na Pali” mean high cliffs), and yes, virgin beaches, await you. In short, a land of enchantment that will make you loathe to return to the mainland. 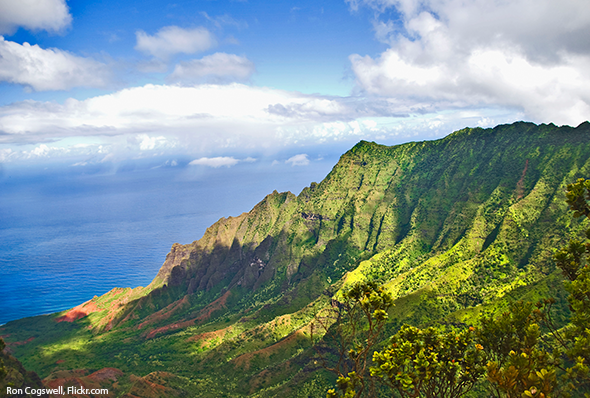 Just 17 miles from the glitz and glitter of Las Vegas, Red Rock Canyon is another treasure overseen by the Bureau of Land Management. If you don’t have time to wander, take the 13-mile scenic drive through the stunning natural red of the canyon’s rocks. If you do, check out one of the area’s 26 hiking and biking trails, pitch your tent, or break out your rappel gear for some killer climbing. Don’t worry: the casinos will still be there when you get back.

Another haven for migrating birds, the Ottawa refuge, together with its sister refuges at Cedar Point and West Sister Island, cover some 9,000 acres and protect what remains of the Great Black Swamp in the Lake Erie marshes. Consistently ranked as a top-ten birding spot, you may come across egrets, herons, swans, and – the crown jewel – bald eagles (the friendly staff at the visitor’s center will help you locate their approximate nesting locations on the refuge map). What better way to spend a summer’s day than by seeing a real live specimen of America’s national emblem?

These are ten out-of-the-way spots that we love; but there are many more! And to help you get exploring, the Student Conservation Association offers a series of free “Park in Your Pocket” guides. Subscribe to have the guides sent straight to your email. That way, whatever park you choose, you’ll be able to hit the ground running when you get there. We hope you have a blast discovering America’s lesser-known natural delights.